The all-new smart fortwo Cabrio has been caught virtually undisguised ahead of its official debut at this September’s Frankfurt motor show. Photos courtesy of AutoWeek.nl.

A faithful reader has sent our Dutch friends a set of spy pictures taken during the promotional photo shoot of the upcoming open-top. In fact he managed to snap not one but two shiny smart fortwo Cabrio models and following our private preview we’ve attended to but we can’t yet talk about we can attest the cars in question are definitely in full production guise. 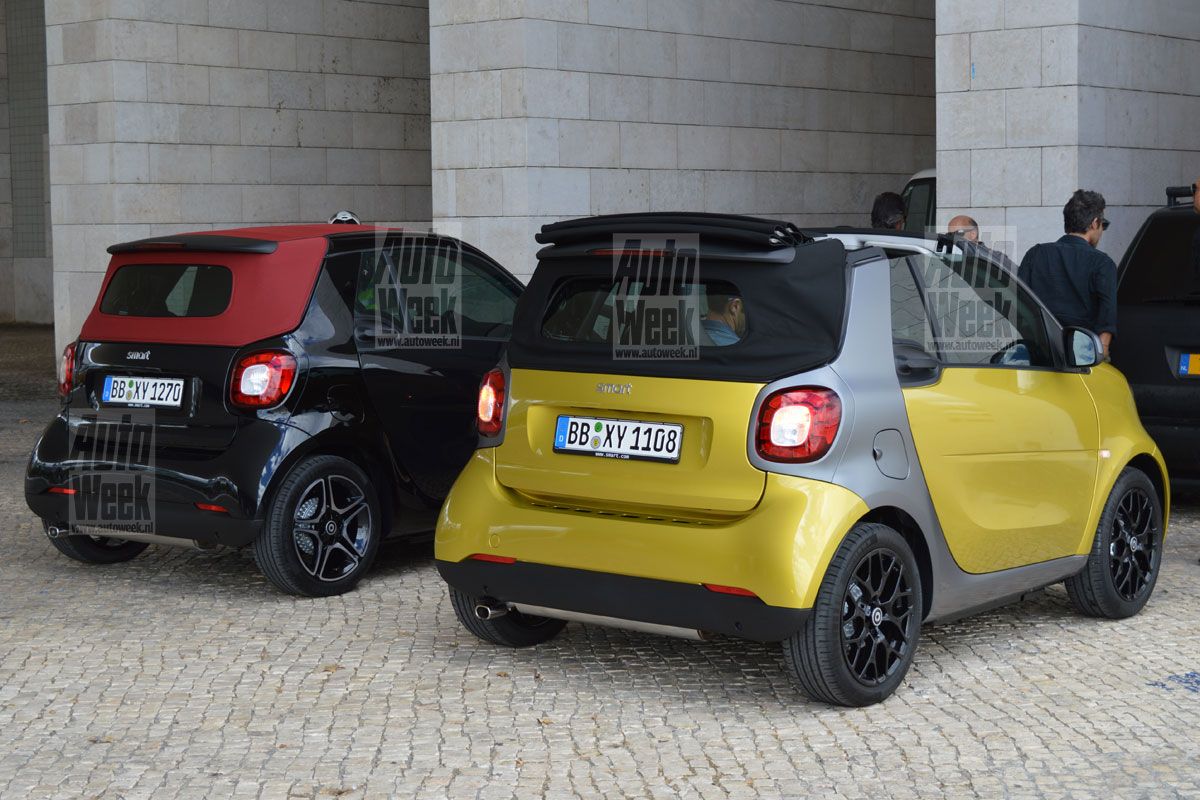 Rest assured, the new smart ForTwo Cabrio won’t bring any notable differences in therms of styling and packaging, compared to its predecessor. Contrary to early speculation, the new model will even retain the ubiquitous fixed rear roof pillar as well as the electrically-operated canvas top.

With technical specifications still under wraps, we can only reveal the engine line-up will consist of the same three cylinder petrol engines as found in the fixed roof smart fortwo, in naturally aspirated (1.0-liter, 71 HP) or turbocharged form (0.9-liter, 90 HP). 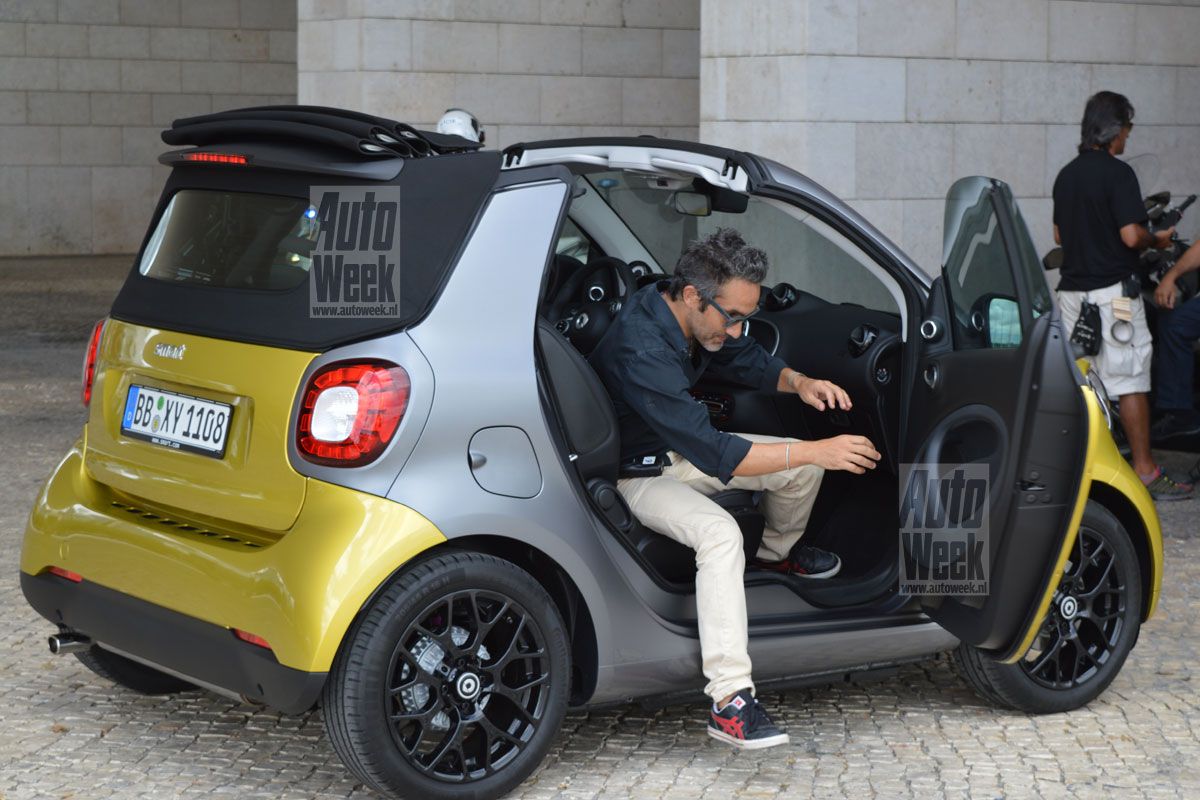 And since the official premiere of the all-new smart fortwo Cabrio is around the corner, we can safely confirm the new model is set to hit smart showrooms around the globe this December.