With a lightweight construction, much more efficient engines and the first diesel Plug-In Hybrid with quattro drive, the second generation Audi Q7 will compete, starting the summer of 2015, against the new Mercedes-Benz GLE.

The luxury SUV world will become much more high-tech starting next summer. Audi Q7 will debut at the Detroit Autoshow and will hit the market on June 2015, three months before the facelifted Mercedes ML, which will be badged GLE.

The GLE will take over the five programme adaptive drive trains of the GLE Coupe, which will also be shown at the Detroit Autoshow.

Audi Q7 will be much lighther than the previous generation, with a kerbweight of 1,995 kg for the 3.0 TDI, which represents a 325 kg saving, without sacrificing the interior space.

With a 5.05-meter length, a 2.99-meter wheelbase, 1.97-meter width and 1.74-meter height, the Q7 is 37 mm shorter and 15 mm narrower, meanwhile the height stays the same. But Audi claims that the 2015 Q7 has a longer and roomier cabin than before. There are extra 21 mm between the first and the second seats row and the headroom has increased by 41 mm in the first row and by 23 mm in the second row. 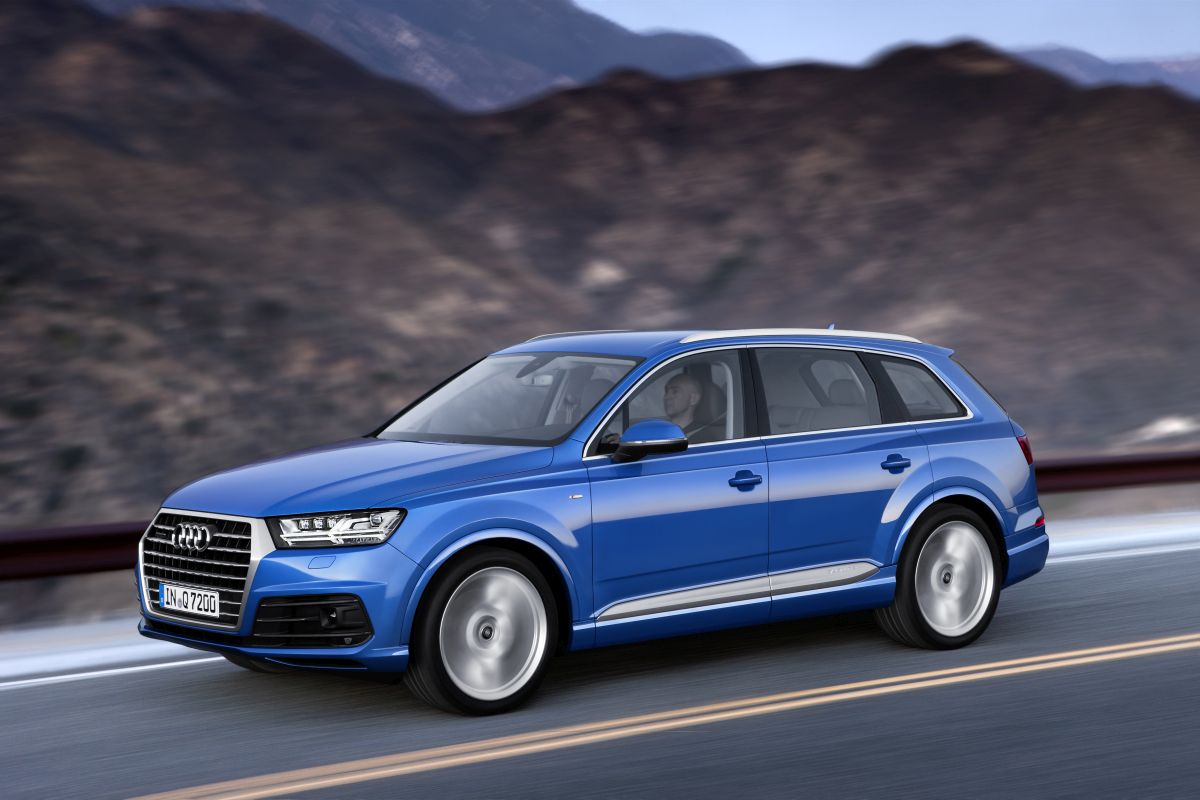 With all seven seats in place, the luggage space still offers 295 liters, the five seat configuration offers a 890-liter boot volume and, with the second row seat backs folded down, the volume increases to the maximum 2,075 liters. Very practical, the loading lip of the luggage compartment was lowered by 46 mm and the three seats from the second row can each slide longitudinally with 110 mm, 10 mm more than before.

With an underbody completely sealed and a small spoiler in the area of the rear axle, which reduces the lift, Audi announces a Cd value of only 0.32.

All these achievements became reality thanks to the use of the second generation modular longitudinal platform, developed by Audi for all models of the VW Group, with longitudinally mounted engines.

This platform will represent the base for the first Bentley SUV, for the next generation VW Touareg and for the series version of Lamborghini Urus.

For the beginning, the Audi Q7 will be available with two engines: 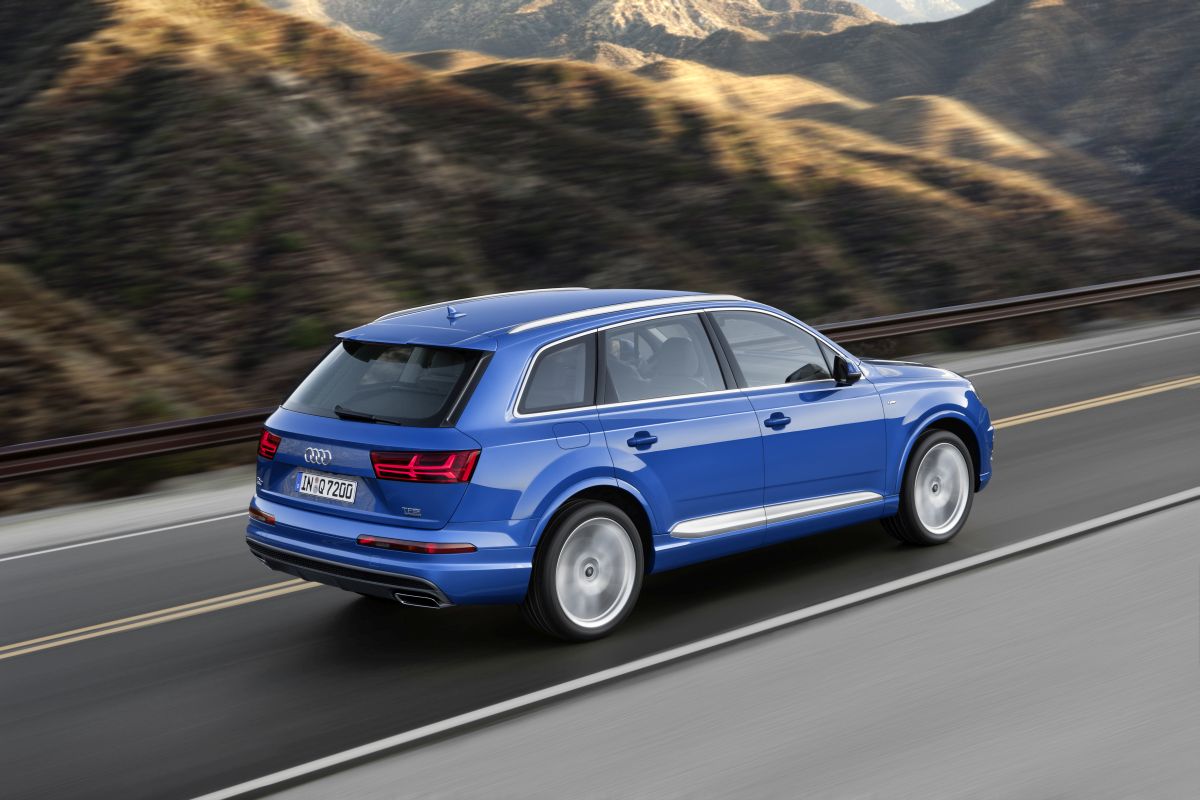 “The new Audi Q7 is a statement of our competence. Weighing 325 kilograms (716.5 lb) less, it sets the benchmark in its class. It is around 26 percent more efficient and is equipped with the latest assistance systems, infotainment modules and connect features.”

Audi will continue to believe in the Torsen self locking center differential, which distributes the power between the front and the rear in a 40:60 ratio and can extremely quickly transfer as much as 70% of the power to the front and a maximum of 85% to the rear.

Optional, Audi offers all-wheel steering, which increases the agility and reduces the turning radius by up to one meter (3.3 ft). 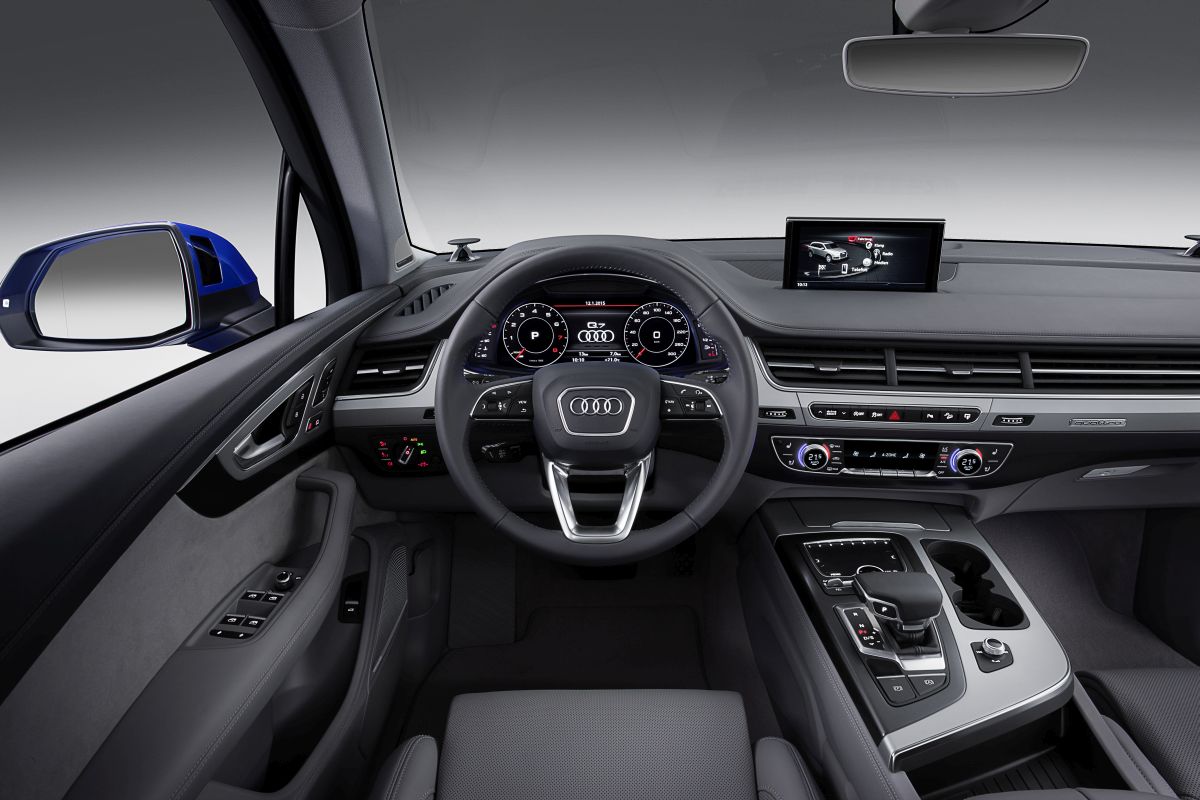 The cockpit absorbs the virtual configuration pioneered in the TT and also used in the new VW Passat with a 12.3 inch TFT display instead of the classical dials. The new MMI uses a 7 inch monitor that rises up from the instrument panel or a 8.3 inch monitor, if you order the MMI navigation Plus. The heart of the top navigation system is the fast Tegra graphics processor from NVIDIA.

Another highlight is the voice control system, which will be more simple and more intelligent. The system does not react only to predefined commands, but also understands the phrasings from everyday language. You can say ”I want to speak with Peter” in the telephone menu or ”Where can I get gas?” in the navigation menu.

The rear seat entertainment also uses a ground-breaking technology: one or two 10.1 inch tablets serve as rear seat monitors. The MMI Navigation Plus also includes the module Audi connect, which connects the new Q7 to the internet via the LTE standard at a speed of up to 100 Mbit/s.

Audi Q7 will benefit from all modern assistance systems.