Michael Schumacher returned home 254 days after the terrible ski accident in Meribel and his wife, Corinna, hired the best team to get her husband back on his feet. The physiotherapist who worked with the 7-time world champion in Mercedes for three years, moved in with him to speed up his rehabilitation.

Kai Schnapka is the man whose shoulders bear huge pressure right now. He is supposed to get Michael Schumacher back on his feet, although the former driver can only communicate by blinking so far. The two worked together in Mercedes, for all the three seasons Schumi sat behind the wheel of the German manufacturer. During his contract with the Germans, Schumi was followed almost around the clock by Schnapka. They played chess and golf together, the doctor often slept in the driver’s luxury motor home and Schumacher sometimes offered him a ride in his private jet.

Schnapka and Schumacher worked together in Formula 1 for three years.

Schumacher’s wife, Corinna, convinced Schnapka to move in with the family, in Gland, Switzerland, where the former Formula 1 champion has been moved in a hospital-like environment. The first billionaire athlete’s family paid 12 million euros to guarantee safe circumstances for the record-holder who spent six months in a coma.

The physiotherapist has supervised Schumacher’s recovery program since day one. He was part of the hospital team in Grenoble and then moved to Lausanne when the former Mercedes driver was transferred, right after coming out of the comma. Schnapka prepared a rough program for his friend. Two massage sessions and two fitness sessions every day to help strengthen the muscles. Schumacher is believed to have lost about 20 kilograms since his horror crash in December last year. 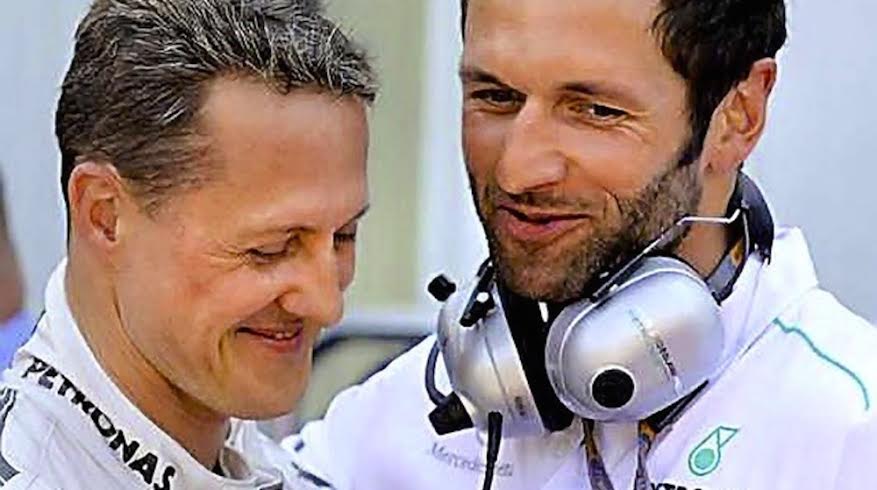 In December 2013, Michael Schumacher seriously hit his head while skiing, after his helmet cracked in three against a rock. He was airlifted to a hospital and placed in induced coma. After two brain surgeries, 6 months in a coma and 254 days spent in two hospitals, Schumacher was finally discharged home on September 9th.

Update: Ten months after the terrible crash in Meribel, France, there is finally an inside information coming out. Michael Schumacher’s teenage son says his father is waking up “very, very slowly“. The 15 year old, Mick, is a kart driver and he was with the former Formula 1 champion at the time of the accident. Not long before the dramatic event on the slope, Michael assisted the professional cameraman by filming his son’s race in Italy.

His long term friend and President of FIA, Jean Todt, visited Schumacher in September and stated: “‘What’s important is that he lives and that his family is with him. We really believe that things will get better. He needs time and he needs to be left alone.”

No less than 15 experts are taking care of Schumacher at this private hospital-like mansion in Gland, Switzerland. Apparently, the 7-times world champion remains immobile and unable to speak.