If his face looks familiar, you are right! He looks so much like Michael Schumacher! The 7-time world champion’s son, Mick, is a brand ambassador for Mercedes-Benz and is starring in the company’s latest campaign. He plays a student of the driving school. His instructor is a comedian.

Five episodes of the funny serious will bring to the screen the son of Formula 1 legend Michael Schumacher, Mick, being instructed by German comedian Markus Stoll, also known as Harry G. He will be the one giving the young racer valuable tips on how to face the traffic outside the racetrack. They both travel on-board the new Mercedes-AMG A 45. 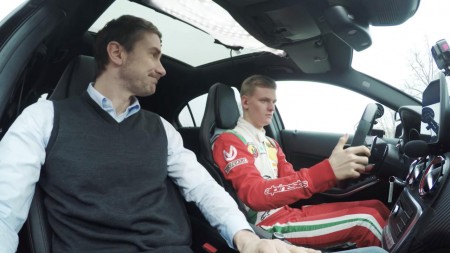 “Don’t break the rules, you are not a race driver!”, the instructor says. “But I am a race driver”, The 17-year old is at his first appearance as a brand ambassador for Mercedes-Benz and will only get his driving license after he turns 18. The first episode of the series will be out on March, 21st, the day before Mick’s birthday.

How to enter the roundabout, how to park, how to drive on a motorway are just few of the lessons that Schumacher junior will have to learn during the all five episodes. World champion Nico Rosberg will also show up in the series. 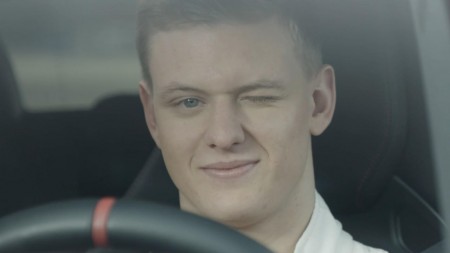 Mick will make his debut this year in the FIA Formula 3 European Championship, where he will be driving the car of Prema Powerteam, running the Mercedes-AMG Formula 3 engine. One of his team-mates will be Maximilian Günther, who is the official test and reserve driver for the Mercedes-AMG Motorsport DTM Team.