A massive fire broke out after rockets hit an oil depot not far from the Jeddah racetrack in Saudi Arabia. After long talks on Friday, the F1 president Stefano Domenicali and the drivers decided to go ahead with the Saudi Arabian Grand Prix.

According to the Associated Press, Yemen’s Houthi rebel group took responsibility for the attack. The FIA’s new president, Mohammed Ben Sulayem claims attackers were not targeting the track, but the infrastructure of the economy. It is not the first time they hit the oil depot that belongs to Aramco, one of the F1 main sponsors.

The drivers, team bosses and the heads of the sport met on Friday to discuss their concerns on safety. Four hours later they decided they would line up on the grid as scheduled. Unofficial sources claim there were drivers who wanted to boycott the Grand Prix. Drivers canceled their media commitments. 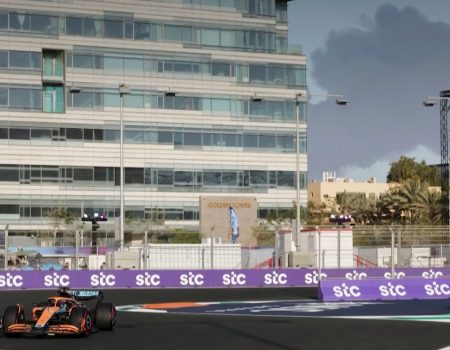 An oil depot that is located around seven miles from the racetrack was on fire. The attack took place during the first free practice on Friday. A huge cloud of smoke was visible from the circuit. The oil depot was still in flames on Saturday morning, but the blaze was under control. Saudi Arabian authorities reported there were no casualties following the attack. Furthermore, the organizers insist that the Grand Prix is safe. The air defense systems are – according to authorities – adequate to stop an attack getting through.

The racetrack, probably the safest place to be after rocket attack and fire

“It’s probably the safest place you can be in Saudi Arabia at the moment and that’s why we are racing. [It was a unanimous decision] By the team principals, yes”, Mercedes Team Principal Toto Wolff told after the meeting.

“Any act of terrorism cannot be condoned and sport shouldn’t be bullied into a position. A situation like that isn’t acceptable”, the Red Bull chief Christian Horner added.

Attacks on energy facilities in Saudi Arabia, the world’s largest oil exporter, have been intensifying lately. Several days before, another rocket had hit another oil depot in Jeddah.