The Safari Mercedes: Looking for the Summer

They went across the world to look for the summer. Johannes Forster and Julian Robinet, two young photo and video enthusiasts from Cologne, Germany, dared the wild in a Mercedes-Benz 126 500 SE. Let’s join them in their bold adventure in South Africa.

The two German daredevils had travelled the world to take photographs. But now they dared the adventure of their lives. After having seen the unseen together, Johannes Forster and Julian Robinet boarded a retro rental, the Mercedes-Benz 126 500 SE, and headed south. As south as can be, because they went on a safari trip in… South Africa. On board of the “old road-man” that was manufactured just about when they were joining elementary school, in 1991, they braved the wild to see what the Africans call, “The Big Five”. It is called that way, because it is the only place in the Cape Town area, where one can see elephants, rhinos, buffalos, lions and leopards, all in one place, in their intact natural habitat. 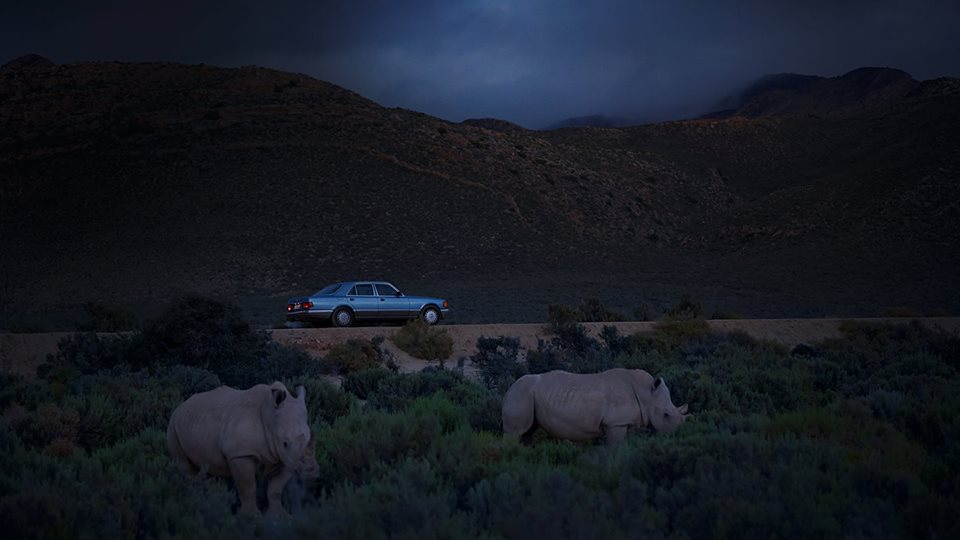 Two German youngsters and an old Mercedes answered the call of the wild and decided that Mother Nature herself is quite a metropolis. Just perfect for their retro road partner. So they drove straight into the heart of it, in Aquila Private Game Reserve, sliping 200 km away from Cape Town, and started shooting. Not by gun, but by camera.

Next stop for the Johannes, Julian and the safari Mercedes was Karoo National Park. The pristine land where the Benz and its passengers ended up face to face with an elephant.

A 7 500-hectare reserve, where they found easy to hunt by lens. Right after sunrise, many animals come to drink at the water holes, in the gentle shadow of the Drakenstein Mountains, not far from the Cape vineyards, an endpoint for the red wine lovers. 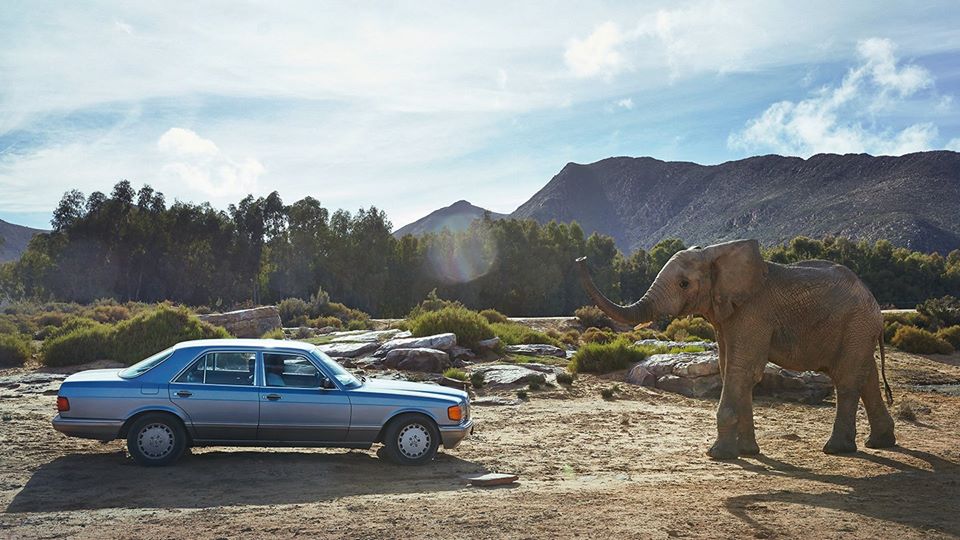 Third degree encounter in the wild. The Mercedes and the elephant, face to face.

But there was one place where they couldn’t take their reliable road friend, the Mercedes. At the Hout Bay, they took a dive near the Duiker Island. All covered up in neoprene suits and fully equipped with diving kits, they sank into the freezing water of the Altantic. A place where sharks don’t intrude. It’s too icy even for them. But the seals considered the two adventurers as playmates and approached them with curiosity. Probably they would have loved to know more about the sturdy “guy” waiting at the shore: the safari Mercedes-Benz. 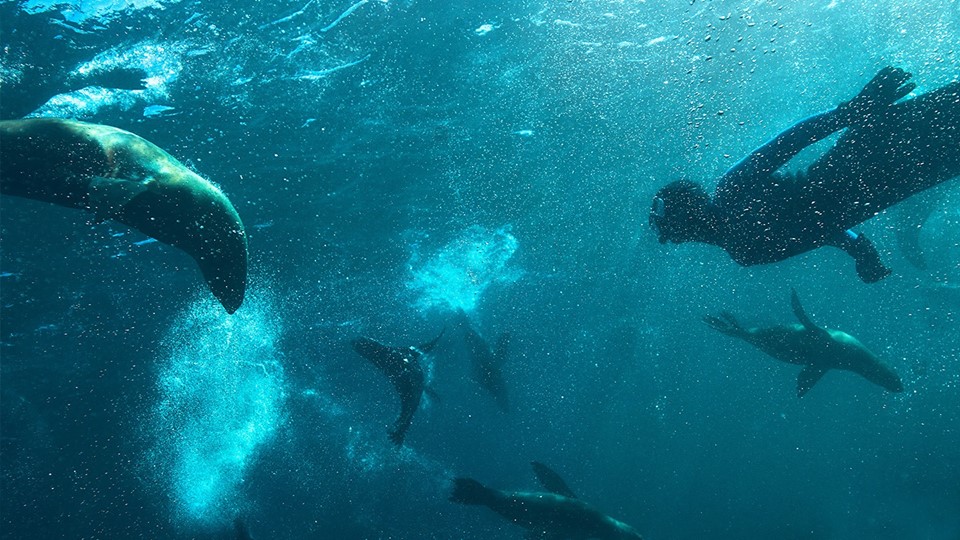 Seals and humans, playmates in the underwater safari