The Mercedes-Benz S-Class Coupe is finally getting a worthy rival. The BMW 8 Series Coupe shall be reborn this year. The car has entered final development stage and the series production variant will see the light of day later this year.

Almost twenty years have passed since the car with the star has been having its way in the segment. The production of the former BMW 8-er was sliced off back in 1999.

The final tests the BMW 8 Series Coupe is undergoing, are taking place in Wales, along winding roads, as the Bavarian engineers want to get the right settings of the steering and damping systems. The VIP of the testing sessions is the BMW M850i xDrive, powered by a completely redeveloped V8 engine with state-of-the-art four-wheel drive technology. The car comes with active rear lock differential and adaptive M suspension. 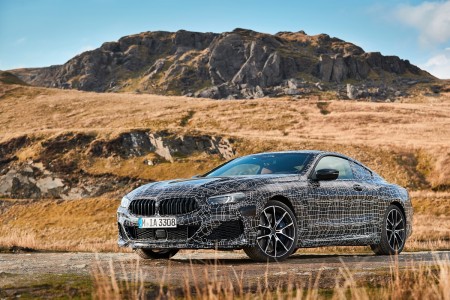 The newly developed eight-cylinder unit makes its debut under the hood of the M850i xDrive, providing superb power and torque, delivered via the 8-speed Steptronic automatic transmission, but also breathing out a tremendous soundtrack, especially in the Sport and Sport+ modes, which adjust the Dynamic Stability Control system and the rear-focused four-wheel drive system. Its arch-nemesis, the Mercedes-AMG S 63 Coupe is standardly-fit with the 9-speed AMG Speedshift MCT transmission. 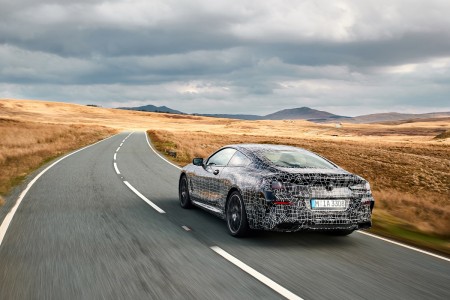 The engine has the exact same weight as its predecessor, yet it comes with extra 68 horsepower to 530 horsepower and extra 100 Nm to 750 Nm of torque, now available at 1,800 rpm. Its star-branded rival, the Mercedes-AMG S 63 4MATIC Coupe is set in motion by a 4.0-liter V8 that delivers 612 horsepower and 900 Nm of torque.

The new S-Class Coupe and Cabriolet are here

The 8 Series Coupe comes with a low center of gravity, benefitting from the advantages of a stiff body and suspension for highly dynamic handling characteristics. The standardly-fit Integral Active Steering and active roll stability further assist the agility of the automobile. The electronically dampers continuously provide maximum wheel stability, as the wheels shod exclusively with mixt tyres, never lose contact with the ground even on short stretches of uneven surfaces. 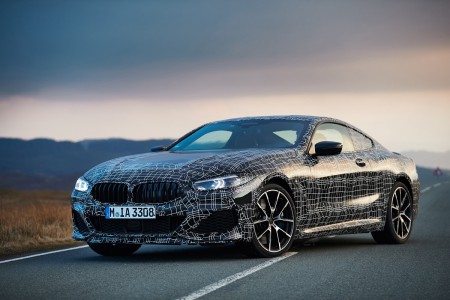 The tests in Wales round off the testing program that took the 8 Series prototypes from the arctic temperatures of Arjeplog, Sweden, to the hot weather of the Southern France and to the rough circumstances of the Nurburgring Nordshleife famous racetrack.