Mercedes-Benz S-Class Cabrio is inching towards its Frankfurt premiere. Until then you can feast your eyes on the first official pic of the interior.

Loosely based on the S-Class Coupe, the new S-Class Cabrio joins the top echelon of the large drop-top class completing what is the most extensive luxury line-up in the industry.

If you think Mercedes is braking new ground with its biggest drop-top to date, think again. The all-new S-Class Cabrio follows a long line of ultra-luxury convertibles adorned by the three-pointed star. True, more than four decades have passed since the last time an S-Class based Mercedes large convertible has graced this world. That would be the iconic W111-W112 series produced between 1961-1971 and shown here alongside the all-new S-Class Cabrio. 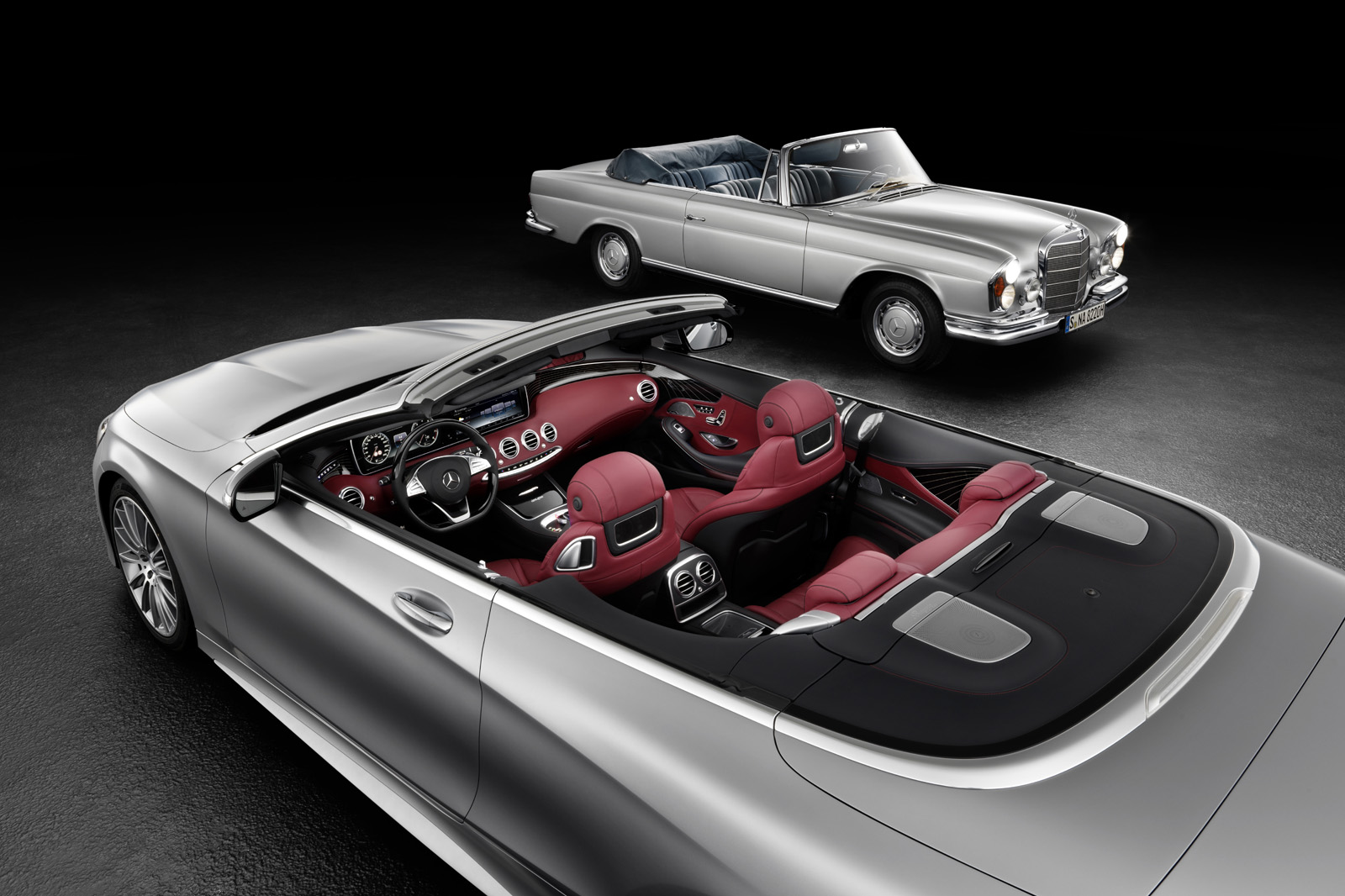 Even if the roof remains hidden under its black leather cover, we can confirm the new S-Class will feature a conventional soft-top. The solution of a rigid retractable roof has been dismissed for packaging reasons, size and weight concerns included.

High expectations aside, Mercedes couldn’t forget to cater for its affluent buyers good mood blessing its all-new S-Class Cabrio with one of the most advanced climate control in the industry. The best possible comfort is set to become reality thanks to the AIRCAP wind protection system working in close tandem with the well-known AIRSCARF neck-level heating function and the heated armrests and seats.

The appearance of the new S-Class Cabrio is no longer a secret. The first official sketch has already revealed its sensual lines will virtually be lifted straight from the Coupe. The fixed roof is gone and the proportions are slightly altered, of course, in close relation to the revision of the rear-end and boot-lid.

Mercedes will offer its big drop-top in V8 guise only with a duo of familiar variants earmarked for the S-Class Cabrio. These are the 4,7-litre bi-turbo credited with 455 HP and 700 Nm (449 HP and 516 lb-ft for the American market) and the top-of-the range 5,5-litre AMG variant with 577 HP.

Commercial debut is slated for early next year following the Frankfurt motor show debut this September.