Rumour About the Sale of the Mercedes 300 SLR Uhlenhaut Coupe

. The website www.motorious.com announces that a reliable source informed them that Mercedes sold the most expensive car in the world – the Mercedes 300 SLR Uhlenhaut coupe.

The website reports that Mercedes may well have sold the world’s most expensive car in a secret auction. It is one of the two Mercedes-Benz 300 SLR Uhlenhaut Coupe models, that was reportedly sold for 130 million euros (136.8 million USD) for charity. If confirmed, this is the most expensive car in the world ever sold in an auction.

Until now, the record belonged to a Ferrari 250 GTO by Scaglietti, that sold for 48.4 million USD. The car with chassis number 3413 GT found a new owner, a private collector, in 2018. It was the third of only 36 examples that the Maranello-based company has ever built.

The Mercedes 300 SLR Uhlenhaut Coupe is even more exclusive with only two units that saw the light of day. One of the two units served as a company car for the head of Daimler’s motorsport department, Rudolf Uhlenhaut. Hence the model name. 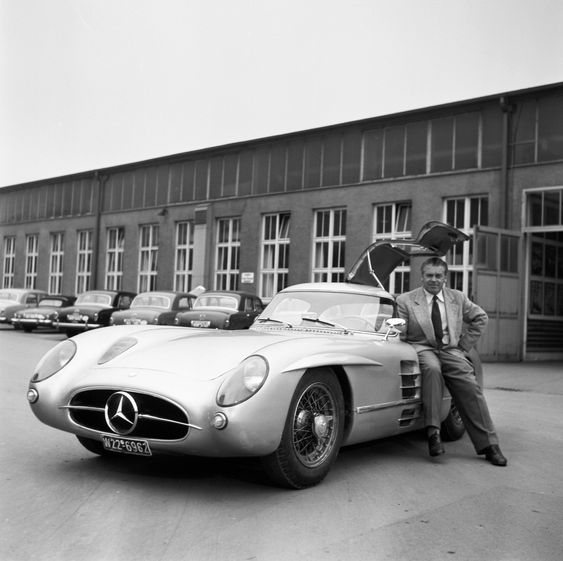 The Mercedes 300 SLR Uhlenhaut Coupe (W196 R) was a two-seater sports model. Back then, it competed in the 1955 World Sportscar Championship.

Although by the name you might think the 300 SLR Uhlenhaut coupe is derived from the 300 SL Gullwing, it is not. The exclusive coupe is based on the Formula 1 model codenamed W196 S that competed in the 1954 and 1955 editions. The W196 S won the world title, with Juan Manuel Fangio behind the steering wheel.

Unfortunately, the career of the 300 SLR Uhlenhaut Coupe came to an abrupt end. It happened right after the horrific accident at the 24 Hours of LeMans, on 11 June 1955. 83 people and the French driver Pierre Levegh died and around 180 sustained injuries. Mercedes then decided to retire from motorsport and only returned in 1989.