Last year’s runner up Nico Rosberg won the opening race of the new Formula 1 season in Melbourne. The Mercedes-AMG PETRONAS driver finished way ahead of his teammate, Lewis Hamilton, who had started off from pole position.

A nightmare start it seemed to be for the Mercedes drivers at the Albert Park. Lewis Hamilton and Nico Rosberg had left from the first line of the grid, but the two Ferrari drivers ended up first after the first turn. 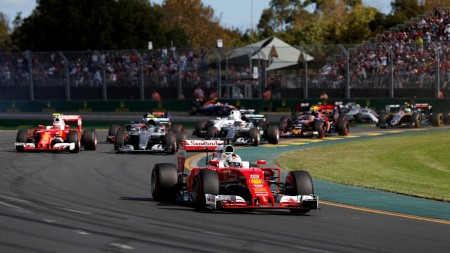 A major error done by a mechanic, who took too long to screw off the front left wheel, cost Sebastian Vettel at least a position in the race, while Nico Rosberg kept adding seconds to his lead. Out in the third position, Vettel kept trying to overtake Hamilton, but lost focus and went off the racetrack, gathering gravel. He crossed the finish line in the third spot.

His teammate, Kimi Raikkonen, came into terrible misfortune as his engine caught fire just as he was retiring into the pit lane, so the Ferrari mechanics had to run him an unwelcomed bubble bath to put out the fire. 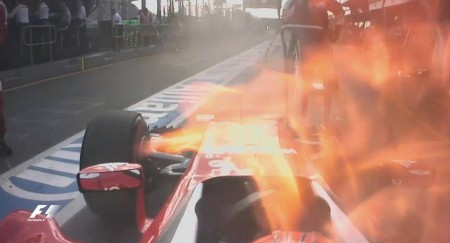 The local hero Daniel Ricciardo finished right outside the podium. It was a major party for Romain Grojean who managed to pick up points after the season’s opening race for an American’s billionaire team Haas.

In the end, Max Verstappen and Carlos Sainz decided to keep it simply spectacular. The two Red Bull drivers collided and Verstappen junior made a spin right under his father’s eyes, but managed to get back in the race. The senior watched the entire race from the pits. 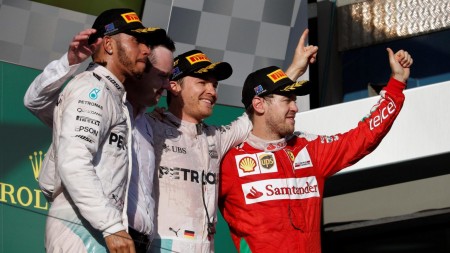 In the 18th lap, Fernando Alonso braked a bit too late, hit Esteban Gutierrez’s racing car and went straight into the side guardrail. From that moment on, the seconds turned into a slow-motion horror movie. His car went off the track and slammed into another tire guardrail. Completely smashed. But miraculously, Fernando Alonso crawled out of the wreck and walked away. Luckily, his accomplice was safe and sound. 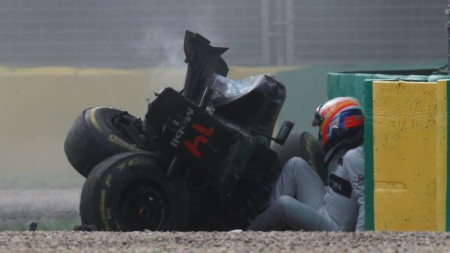 The Spaniard from McLaren and the Mexican from MEX shook hands and gave each other a hug.

The incident caused the appearance of the red flag. The 510-HP Mercedes-AMG GT S Safety Car was deployed only to lead the racing cars into the pit lane. The race was temporarily suspended.

20 minutes later, all aligned in the order before the suspension, the cars were led back onto the racetrack. The Formula 1 committee will judge who’s to blame and will decide punishments.