Rosberg fails to show up, Montoya wins Race of the Champions, Wehrlein flips over

It was a crazy racing weekend in Miami, where Columbian racer Juan Pablo Montoya won the Race of the Champions. Although invited, the Formula 1 World Champion Nico Rosberg failed to show up, as he had already announced his retirement. A Mercedes protégé, Pascal Wehrelin, was though in the spotlight.

Young German driver Pascal Whehrelin, who as inches away from snatching a seat in the Mercedes-AMG PETRONAS racing car for the upcoming season was the center of attention at Marlins Park. He crashed soon after the finish line and his car flipped over, but luckily, him and his passenger walked away unharmed. 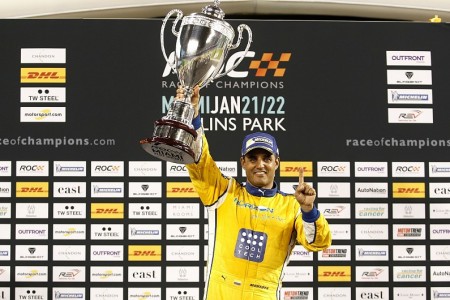