Roger Federer and the Mercedes-Benz V-Class: “Time is funny”

Roger Federer shows up in yet another video of the “What Moves You Campaign” that debuted this past winter. The tennis star is accompanied by the V-Class van.

“Time… is funny. Just when you think time is up, it keeps going. We never truly know what tomorrow might bring. I just know that time isn’t something to fight. It invites you to play, to mould, to keep going”, Roger Federer says. His words seem to be a reference to what has been happening worldwide for the past six months, when the coronavirus pandemic affected all of us. But then he makes a switch to his impressive career:

“It seems like it was yesterday when I first decided to dedicate my life to the game. But that’s the thing about time. It’s an opportunity, a shot to carve your legacy. I know that when the time is right, I will have given it my all. Until then… I will keep going”, says the 38-year young Swiss, that has been spending over three decades on the tennis court. 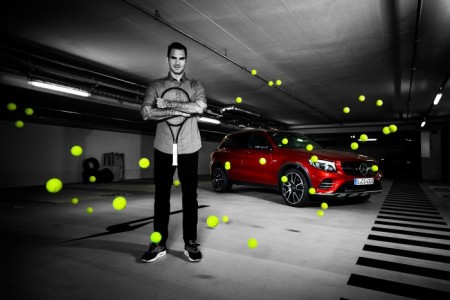 The promotional video was posted on YouTube exactly on the day Zeit Magazin wrote about Federer being aware that the end of his career is ever near. But for the moment, the tennis star says he still wants to enjoy tennis.

Roger Federer and the Meredes-Benz V-Class – a solid partnership

The Mercedes V-Class is just the right car for Roger Federer’s family. He and his wife of 11 years, Miroslava, have two sets of twins: two girls and two boys.

Federer has been a Brand Ambassador for the past ten years. He started with a partnership with Mercedes-Benz China in 2010, that soon extended globally.

Federer is the record holder of 31 singles Grand Slams, including 10 consecutively, starting with Wimbledon in 2005 and ending with the US Open in 2007.

The Swiss is the only tennis player to have won 100+ career single titles.