Nobody won more races for Mercedes-AMG in the past six DTM seasons than Robert Wickens. The Canadian will not complete the last season with the Stuttgart team in the series, moving instead back to single seaters across the Pond.

An offer he could not refuse – Robert Wickens was well aware of all the trials and tribulations inside Schimdt Peterson Motorsports, the IndyCar team actively looking for a promising second driver to partner James Hinchcliffe. Wickens is a really close friend of Hinch and he was close to be on the grid at Road America this year, when Mikhail Aleshin solved his visa issues at the last possible moment. The Russian’s pace had been inconsistent and SPM clearly wanted to move ahead in terms of performance and group chemistry. Having signed Wickens, it won’t get any better than having these two fast Canadians under one roof!

Robert had enjoyed a fair share of success in single seaters. He won Formula BMW USA in 2006, got the Red Bull backing for a Formula Atlantic season, then rushed into Renault 3.5 a bit too early. His next move was also ill-advised, claiming second at the end of a Formula 2 season that lacked some depth in the field. GP3 in 2010 with Status brought some redemption and another vice-champion title and Wickens went one better in the Renault 3.5 battle in 2011 by beating Jean-Eric Vergne to the title. Marussia gave him the opportunity to test the F1 machinery, but there was little hope for a seat, despite being the sole North American racer with a superlicence at the time. 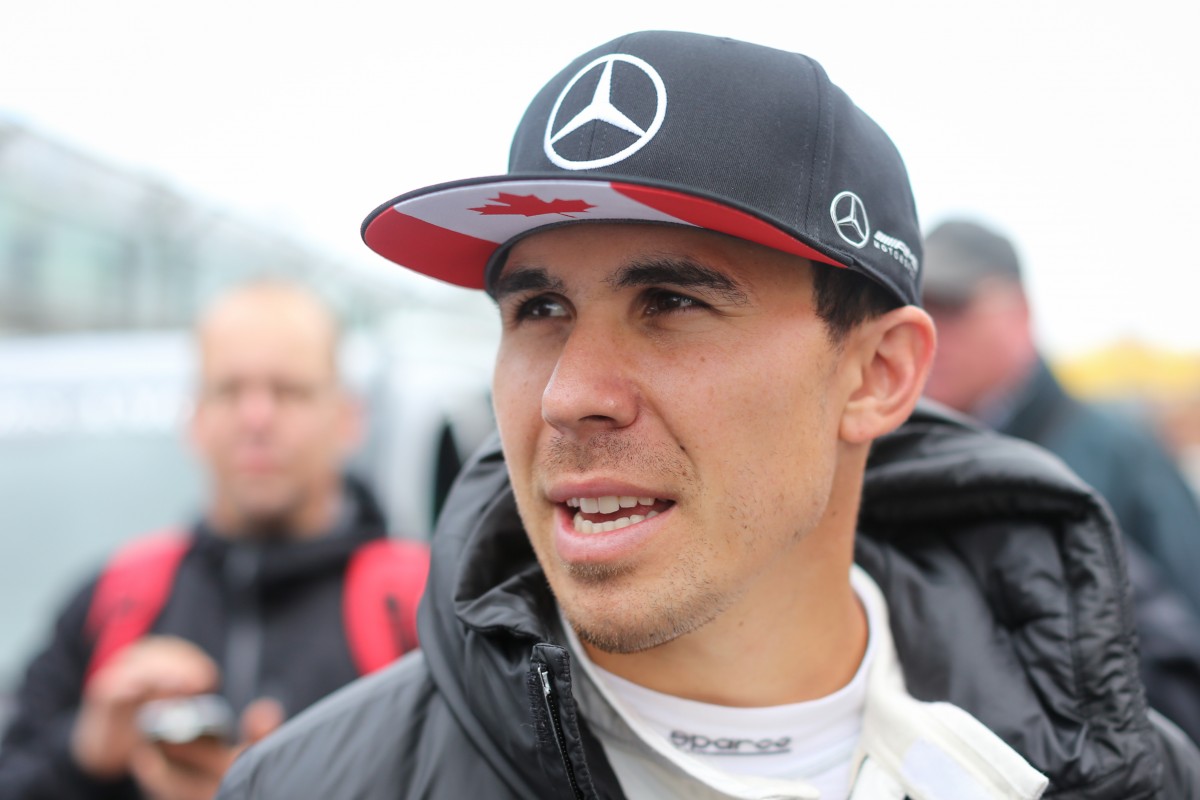 Wickens quickly jumped at the opportunity to integrate the new Mercedes junior programme in DTM, together with Roberto Merhi and Christian Vietoris. It was a good time to join the series, as 2012 brought new-generation cars for everyone in the field. Gone were the days where only a few were given top specification to be able to fight for wins and titles. The Canadian finished in the points three times during his rookie season, earning his promotion from Mucke Motorsport to the factory HWA squad for 2013. Payback was instant: 3rd at Brands, 2nd at the Norisring, then his first triumph at the famed Nurburgring.

Wickens ended his sophomore year in fifth overall, hoping for a shot at the title in 2014. Though, Mercedes were nowhere on pace in the dry, lucking into some results only by virtue of rain and safety car lotteries. Robert had the strength to fight that C-Coupe on the Norisring street circuit, claiming a fantastic victory by 24 seconds and cementing his reputation as a wet weather specialist. Mercedes was always a team that went for clear hierarchies and the great hopes for 2015 relied on Pascal Wehrlein, not Wickens. The Canadian endured a difficult campaign, the only highlight coming once again on the paved roads at the Norisring, where he won one race and finished second in the other one. 43 points were scored that weekend, while the other 8 rounds brought him only another 18.

Gone was Wehrlein with the title in the bag and up came Wickens to lead the Mercedes charge in 2016. Two wins at Zandvoort and the Moscow Raceway plus a few more podiums propelled him in the frontrunning pack, but a string of unfortunate events in the final third of the season left him languishing in fourth. Top Mercedes runner was a pale consolation and 2017 brought little consolation. Once again, Lucas Auer was the main charger, while the other Merc drivers had to play supporting roles. Robert won just one race, at the Nurburgring, bringing his total up to 6 victories. That amount is unsurpassed by any other Mercedes racer in the past six seasons.

Given that the Stuttgart outfit already announced the end of their DTM involvement after 2018 and the interest that IndyCar presented, it was a logical step for Robert Wickens to move on to new pastures. His replacement might be the current test driver, Dani Juncadella, or even Pascal Wehrlein, if the Sauber doors will close for the former DTM champion. Though, it would be nice to see Mercedes sticking to young talent promotion, giving a chance to their current academy star, Maxi Gunther.