Romance has gone down the river Seine, as the Mercedes-Benz trucks entered Paris, the capital of France, the country with the largest surface area in Western Europe, sharing borders with Andorra, Belgium, Germany, Italy, Luxembourg, Monaco, Spain and Switzerland. There is also the 51-kilometer underwater tunnel connecting France to the United Kingdom.

For centuries, France has got the attention of art lovers and tourists. With its culture-packed Paris, its always sunny Cote D’Azur and its always snow-covered Mont Blanc, France has something for all tastes.

Connecting Noirmoutier-en-l’Ile with the French coast mainland, the Passage de Gois opened in 1971, as the only way to access land. The road is regularly under water, so for the RoadStar trucks, crossing it was quite an adventure. Luckily, the tide permitted them to do so. Twice a day, the 4.5-kilometer brige completely sinks, going even 4 or 5 meters under water. 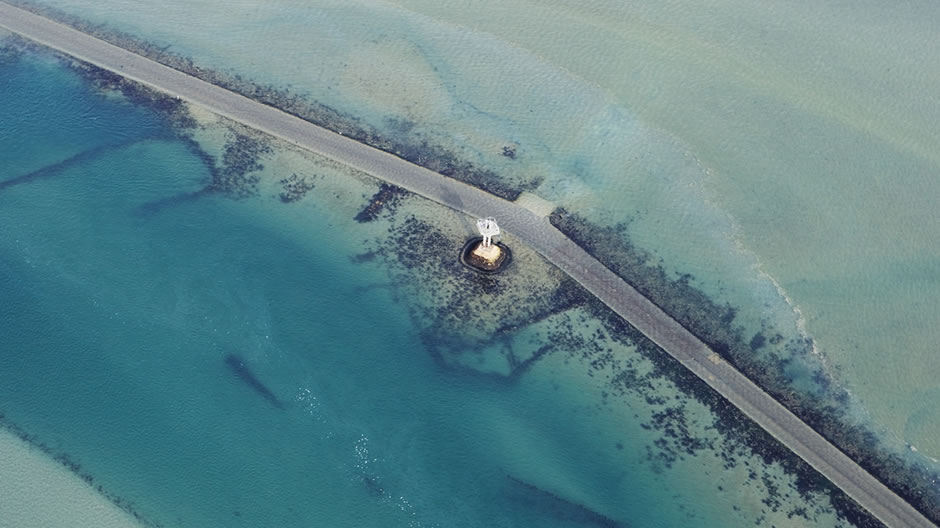 Heading to Paris, the trucks drive along the Boulevard Peripherique du Paris, the most-used road in the whole wide world. It features no less than eight lanes in some sectors and it daily receives one to two million vehicles. The speed limit is restricted to 70 km/h. Learner drivers are under different restrictions. The traffic travels clockwise around Paris on the inner carriageway, but anti-clockwise on the outer one.

The Arocs and the Atego trucks, just like any others, are subject to the truck toll in France, on its roads run by various private companies. The toll depends on the vehicle size and the number of kilometers to drive.

Once in Paris, the speed limit goes as low as 50 km/h for vehicles with a gross weight above 3.5 tons. Where to park such a monster in Paris? Well, yellow lines might scare off the drivers, as they indicate that stopping is not permitted. Wherever a blue line shows up, authorized persons can leave the vehicle there.

Even jam-packed and fermenting with tourists all year long, France provides a good drive to the RoadStars.

Check out the RoadStars adventure in the land of Dracula, Romania, right HERE!