Revolution: Everything we know about the fully electric Mercedes-Benz EQ A

Next year the revolutionary wind will blow through the Mercedes range. In 2020 the C-segment model family will be expanded with the EQ A, the first compact electric Mercedes-Benz ever.

Mercedes-Benz already classifies its fully electric cars under the EQ label. With the introduction of the EQ C SUV in September last year, the starting signal was given for an extensive expansion of the electric models range. The EQ C with its 408 hp strong two electric motors and 80 kWh large battery pack will compete against cars such as the Audi E-tron from later this year. The rival from Ingolstadt will also launch next year a compact EV. Mercedes-Benz will not be left behind and will push the EQ A forward next year.

At the 2017 IAA in Frankfurt, Mercedes-Benz already presented the EQ A Concept, a harbinger of its smallest EQ model. That show car gave a good idea of ​​what Mercedes-Benz is planning for an EV at the bottom of its price range, but was also somewhat misleading. We will not see the definitive EQ A as a conventional three-door hatchback, because Mercedes-Benz changes the production version to a five-door hatchback with a hint of crossover proportions. 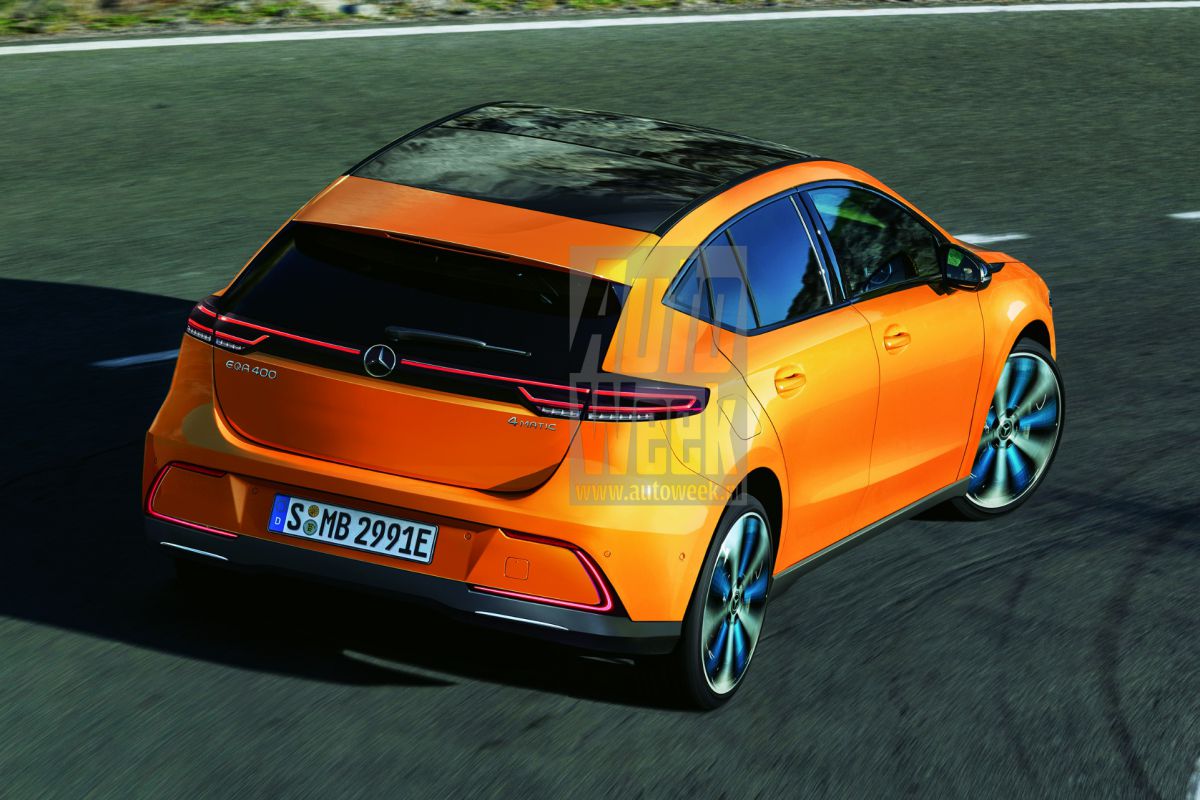 The EQ A Concept was powered by two electric motors, which together accounted for 272 hp. Thanks to a 60 kWh battery pack, that hatchback should certainly be able to travel for at least 400 kilometers. Mercedes-Benz will probably market the EQ A in different versions. The entry-level model will in that case receive one electric motor, a 200 hp unit that drives the front axle. Higher up the price ladder comes a four-wheel drive version that gets an extra electric motor on the rear axle and an electric range of at least 400 to 500 kilometers.

Mercedes-Benz will produce its new compact EV in Hambach, Germany. Incidentally, the EV range from Mercedes-Benz does not just consist of the EQ C and this new EQ A. Parent company Daimler has already indicated that it will have no fewer than ten fully electric cars in its portfolio by 2022. Let the countdown begin.