Mercedes-Benz has released the first pictures and details of the updated Marco Polo Activity camper van. The German model will be equipped with a pneumatic suspension, a new infotainment system and a 2.0-liter diesel engine with 239 hp.

Mercedes-Benz has prepared some news for Marco Polo Activity, the camper van developed from the Vito model. The renewed Activity will be an interesting choice for those who want to go on holiday in a hurry. Under the name 300 d there is a new top version. It is equipped with a 2.0-liter diesel engine capable of delivering 239 horsepower and 500 Nm (+30 Nm with Overboost function). According to German officials, the model will be equipped with a nine-speed automatic transmission, and acceleration from 0 to 100 km / h will take 7.9 seconds. Top speed is rated at 210 km / h.

Further, the Germans will also offer the known less powerful versions 250 d (190 hp), 220 d (163 hp), 200 d (136 hp) and 170 d (102 hp). Except for the basic Mercedes-Benz Marco Polo Activity 170 d version which will be equipped with a six-speed manual transmission and front-wheel drive, all other variants will be available with a nine-speed automatic transmission and rear-wheel drive. For some versions, Mercedes-Benz will optionally offer the 4Matic all-wheel drive system. 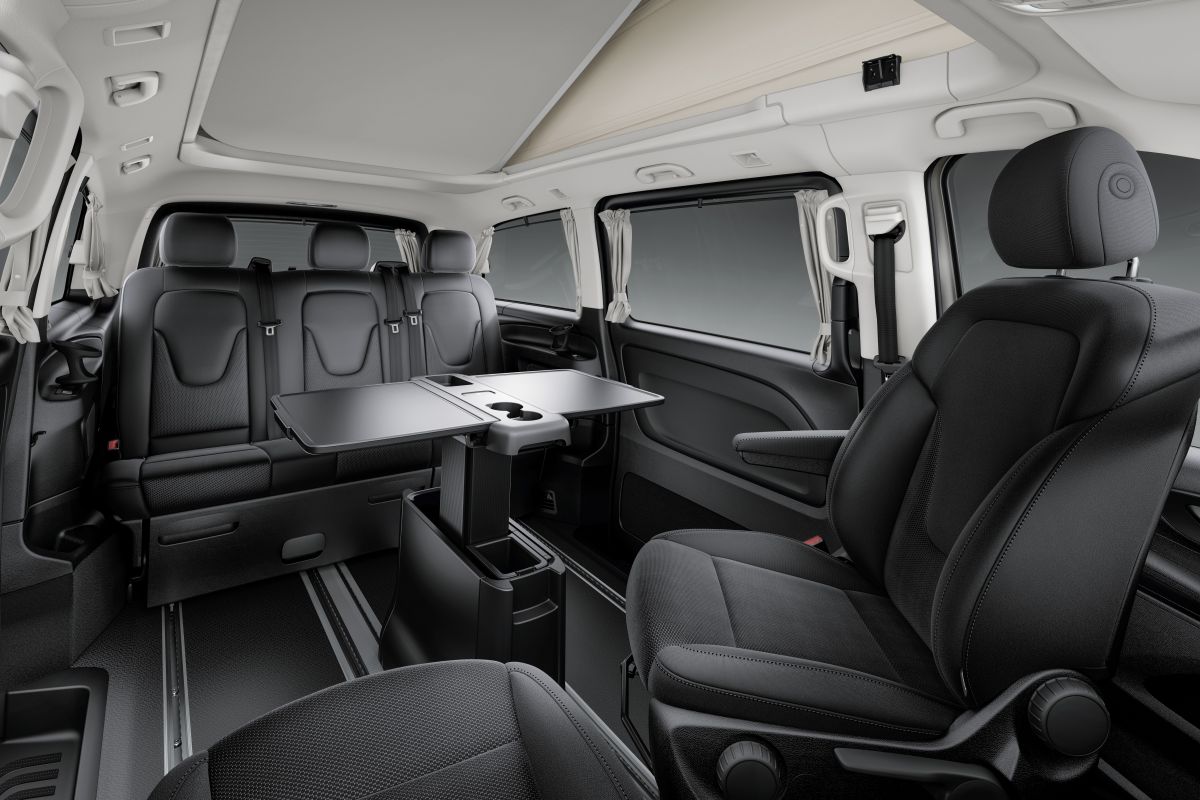 From October, the German manufacturer will introduce for the Marco Polo Activity also air suspension. It will be available optionally, and with the Dynamic Select system, customers will be able to choose from three driving modes. Depending on the driver’s choice, the ground clearance can vary up to 45 millimeters.

According to the German manufacturer, the camper van can be equipped with 13 safety systems. The new features are the Distronic system that can be controlled with the Active Brake Assist function and a rear-facing video camera capable of transmitting images to the central rearview mirror.

The entry-level Marco Polo series is the only one based on the Vito, which is shown on the outside by a simpler tailgate and other bumpers. According to Mercedes, this camper excels in flexibility of the interior, where up to seven seats can be installed. As for sleeping, the camper van can accommodate up to five people, thanks to a double bed in the folding roof and three sleeping places on the ground floor. Although the shown Activity with its black bumpers leaves no doubt about its functional character, the factor ‘comfort’ has certainly not been forgotten. 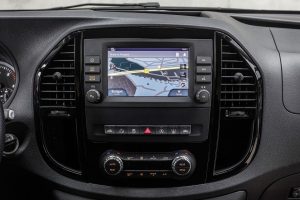 Inside, customers will be able to order a 7-inch touchscreen infotainment system compatible with Apple CarPlay and Android Auto. The infotainment has been updated, although you should not expect hyper-modern MBUX screens here. The Vito dashboard remains a fairly traditional affair, with a normal radio and separate instruments. However, the audio system now offers optional access to digital DAB + radio. In addition, there are new materials and colors and the Marco Polo is introduced to the turbine-like ventilation grilles that we know from other Mercedes.