When these photos showed up in Autobild.de, everyone was like: what in the world are these guys doing? Have they just posted the car supposed to be a top secret until this upcoming September? Well… reality check! The photos are not leaked, but rendered.

This is how the German journalists imagine the Mercedes C-Class Coupe will look like. They got the car for a test run in the sunny California, but the rear side was still heavily camouflaged, so they photoshopped it into what they imagined it should look like. 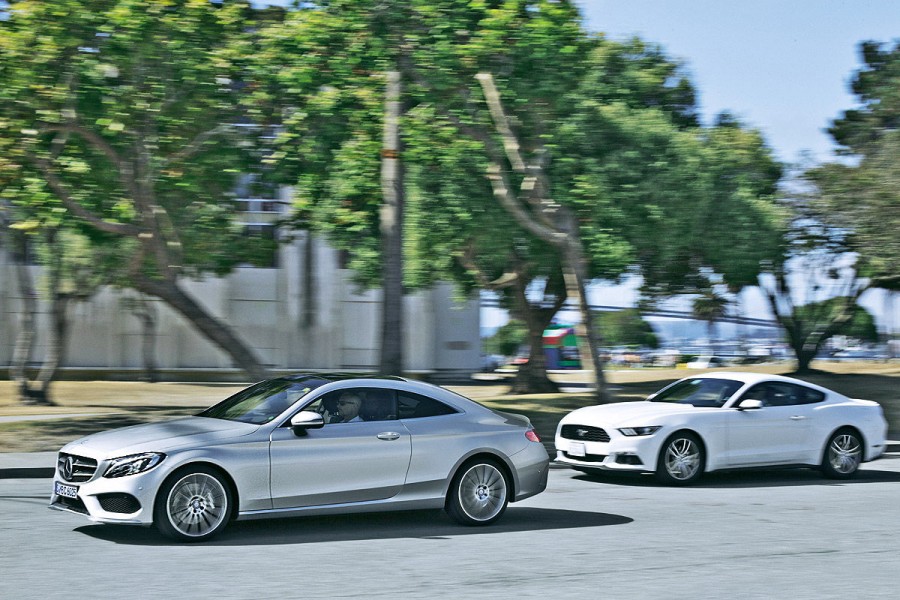 The Mercedes-Benz C-Class Coupe is posing next to the 2016 Ford Mustang, which is available also with a four cylinder engine with 317 HP.

At the front end, the Mercedes Coupe looks so much like the C sedan. From the side, however, it’s beginning to have the natural look of a coupe. The rear doors have been cut off and long prominent lines are stretching from the arches of the front wheels all the way to those at the rear. With a 40 mm lower height than the limousine, a relatively steeply angled windscreen and a long and soft tail end, the C-Class Coupe has the most beautiful lines of a Mercedes compact coupe.

And since we reached the rear, that looks entirely lifted from the S-Class Coupe, but the small boot lid spoiler, the elongated horizontal taillights together with the air diffuser would by no means surprise us if they looked pretty much the same as in the rendered photos, this upcoming September, when the car is set to be displayed at the Frankfurt Motor Show.

But the seating position is lower in the Mustang, which has a cockpit full of historical quotations. The space in front is generous, but at the rear, the headroom is smaller than in the C-Class Coupe. Mercedes also offers a much better quality in the cockpit. 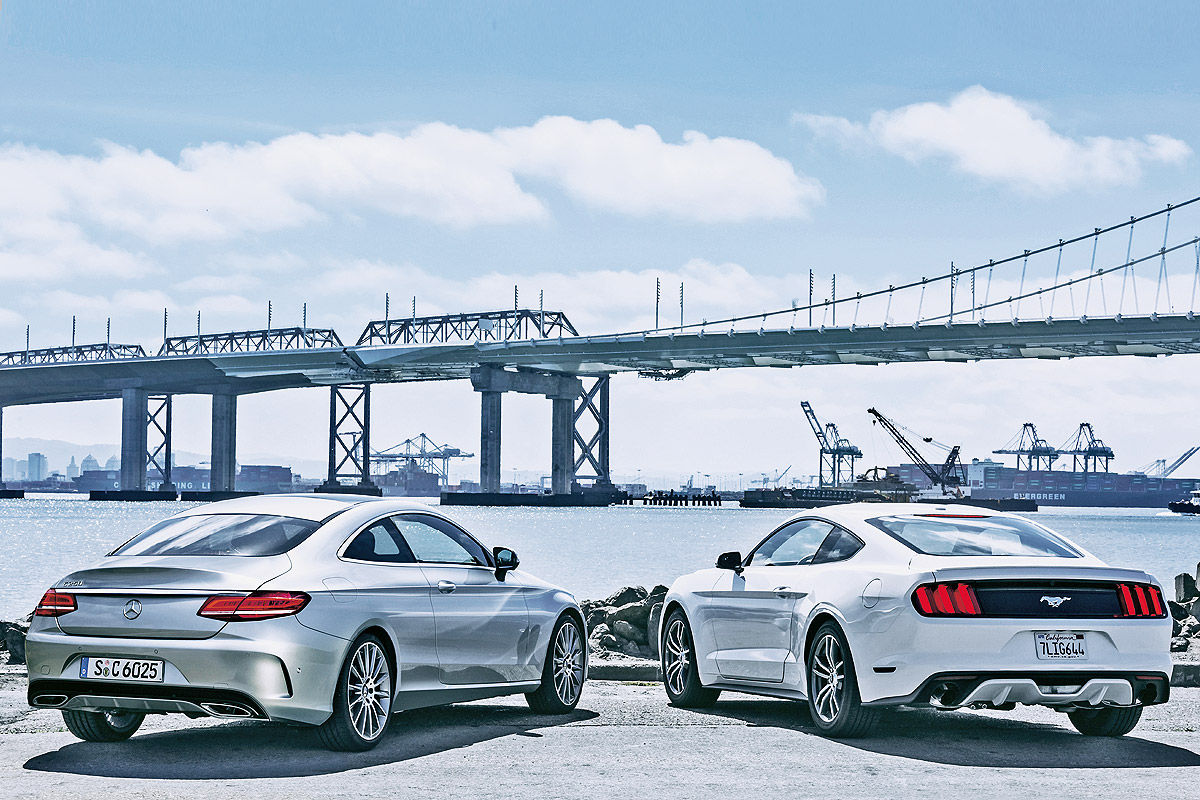 The C-Class Coupe tested by the Autobild journalists – C 300 Coupe – is powered by a 245 HP 2-liter four-cylinder petrol engine that is mated with a seven-speed automatic transmission. The well known seven speed automatic transmission switches swiftly, compared to the Mustang transmission and the Mercedes Coupe is more economical with around 20 to 30%. Despite a 72 HP lower output, the C 300 Coupe accelerates from 0 to 100 km/h almost as quick as the Mustang, which makes the sprint to 100 km/h in 6 seconds.

The drive train was taken over from the C-Class limousine, but the set-up is different, with a shorter ratio rear axle and bigger wheels, from 17 to 19 inches.The steering is sharp and precise and the sports suspension from the prototype is amazingly comfortable for a such sports car. The American muscle car suspension vibrates on longer bumps and the steering is relatively imprecise.

When the sales will start in the autumn of 2015, the C-Class Coupe will be available with a broad range of engines from a 4 cylinder petrol and diesel to a V6 petrol and a powerful AMG C 63 Coupe in two versions, with 476 and 510 HP.  Prices for the coupe version will be slightly higher than for the limousine. Auto Bild is expecting a 45,000 euro price for the C 300 Coupe, compared with the 37,000 euro for the 4-cylinder Mustang and the 42,000 euro for the 421 HP V8 Mustang.