Reliability: Mercedes E-Class and B-Class win in What Car in failure and frequent repairs survey

When buying a new car we decide on a wide variety of aspects. There are those who look to comfort, others want to camp with three kids, some of whom have enough to park easily in the city. However, there is one aspect that matters to almost everyone: reliability.

What Car? magazine has been investigating thirty-three brands with more than eighteen thousand car owners to find out which are the most reliable or most often defective types of cars among the four-year-old units running in England.

There have been long-standing experiences of the reliability of different brands, but for a new model, this is all but a bit of experience. What Car? car portal with a serious sample survey asked more than 18,000 car owners for their experience with a minimum of one car, but with a maximum of four years ownership history. The survey covers only models that can now be bought as new or the next generation has just recently been revealed.

The questionnaires were evaluated and a confidence order was created in each category, taking into account the number of failures, the cost of any repairs, and the time spent in the service. The so-weighted results were then broken down by category. Unfortunately, the details of the mistakes are not covered by the original article on the results of the survey, we are forced to come up with more general findings such as engine failure, bodywork failure etc.

The previous generation Mercedes E-Class dominated the Premium segment with a 30 percent error rate and a 92.4% reliability score – failures were never serious (non-engine electrics 10%; Battery 8%; Engine electrics 4%; Suspension 4%; Bodywork 2%; Brakes 2%; Exhaust 2%; Sat-nav 2%; Steering 2%; Wheels 2%), although a few owners faced bills of up to £750. The BMW 5 Series (also previous generation) has finished second, with a little more problems (31% error rate, 91.6% reliability score), but at least in almost every case with a warranty repair: exhaust and engine (both 6%), followed by engine electrics (4%). In the third spot we find the earlier version of the Jaguar XF (91.6% reliability score, 36% error rate), with relatively many brake errors.

The other end of the list is started by the Jaguar XF, but this time the newer generation with a 81,9% reliability score and quite a lot of electrical, motor, braking and transmission errors. Since the listed mistakes were overcome in more than a week, Jaguar was deservedly the last. Practically, the current (last generation) three versions of the three most trusted premium cars were also present on the last three places in the category list: BMW 5 Series 85.3%, Mercedes-Benz E-Class 83.5%, Jaguar XF 81.9%. The reason is prosaic: slim and costly service and lots of defects. 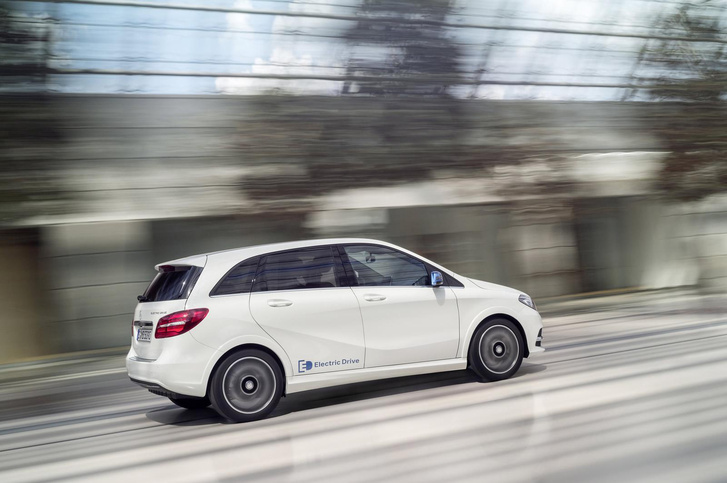 MPV
In this category one in five cars fails (20% fault margin), but provided the repair is fast and free the survey says it is fine. This is how the Mercedes B-Class finished on the first place with a 95.9% reliability score, mostly with battery, fuel, and transmission faults – two-thirds of cars were still driveable (battery 7%; fuel system 7%; Gearbox/clutch 7%). With virtually the same result (95.8% reliability score), the Volkswagen Golf SV is second. Some electronics and bodywork bugs with an efficient and free service background were enough for the second place (18% error rate). In a very close race, Ford C-Max is almost similar with the same error rate and service (21% error rate, 94.9% reliability index).