48 months in a row with record sales figures. This is what Mercedes-Benz has just achieved after selling 153,862 vehicles to customers in February, going to a total of 332,329 units sold in 2017 already. These are best numbers ever hit by the three-pointed star brand ever!

In February, Mercedes-Benz was the premium car maker with the highest numbers of new cars registered in Switzerland, Portugal, Japan, Australia, USA, Canada and Mexico.

In Europe, Mercedes has reached 62,422 cars (+7.8%), 22,000 of which remained in Germany. There was a double-digit growth recorded in Great Britain, Spain, Switzerland, Sweden, Portugal, Austria and Poland.

58,186 cars went straight to the Asia-Pacific region this past month, marking an increase of 29.5%. China remained a top market for the company, with units sales reaching the best-ever number of 36,277 vehicles in February, which means a 41.9% growth. South Korea, Australia, Malaysia and India also set new sales records.

It was a marvellous month for Mercedes-Benz in the NAFTA region as well. 29,219 customers received their brand-new cars (+8.8%). 24.522 vehicles ended up in the United States (+6.9%). It was the highest ever unit sales in February in Canada and Mexico as well. 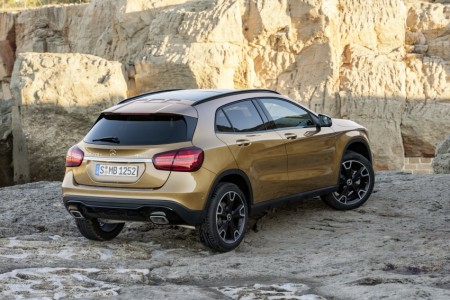 The C-Class sedan was the best-selling model in February, as 29,000 units of Saloon and Estate variants reached their new parking spots in the customers’ driveways. The mid-size sedan, pulled forward by the high demand of the long-wheelbase version of the sedan, set a new record last month.

The E-Class Saloon and Estate are inching closer to the C, with a 70% growth, at 23,626 units delivered worldwide in February. The demand for the new model brought a significantly higher sales figure for the business saloon, especially in China, Germany and the USA.

9,265 tiny smart-s went to their new owners posting a new best-ever figure in the Asia-Pacific region, due to very high demand in the Chinese market.