Tesla’s hegemony in the electric top segment will soon be over. A fully electric Mercedes-Benz EQS will join the S-Class range to battle the Model S and also the Porsche Taycan and Jaguar’s future XJ.

EQ is called the electric dream at Mercedes-Benz and with the EQC a starting shot has been fired. Because the dream always has to be kept, the electric plans also go much further in Sindelfingen in Germany. Almost literally to heaven, because also the absolute top model from Mercedes, the S-Class, must someday (completely) go electric. For the sake of completeness, the S-Class has been available as a plug-in hybrid since 2014, too. The seasoned S-Class has therefore been able to practice the plugging phenomenon for quite some time. The difference is that it will no longer be a choice, but a bitter necessity as soon as the EQS arrives.

Although this artist’s impression is exactly what the name implies, the plans for the EQS are hard as granite. Earlier this year, former CEO Dieter Zetsche made that promise at the last minute, which his successor Ola Källenius will now live up to. Also with the arrival of the Vision EQS concept during the last IAA there is no doubt left. The EQS will be the spearhead of ten all-electric cars that Mercedes-Benz wants to have in the showroom in 2022, alongside a series of plug-in hybrids, while even the conventionally powered models now all have a mild hybrid system.

Unique architecture
In any case, the EQS will not become the combustion-free and battery-supplied S-Class, at least not as we know it today. Just like the EQC, which is also fundamentally different from the GLC, the EQS gets its own design and platform. The greater flexibility of an electric powertrain creates great possibilities for the wheelbase, which in turn promises a ballroom experience for the interior.

While the EQC and the upcoming EQA are still based on the first MEA platform, which consists in part of existing components, the EQS gets the MEA2 platform as the backbone, the first modular chassis created for fully electric mobility from the first screw. So, there is a big difference with the regular S-Class, because that is – also the updated version that is planned for next year – made on the MRA platform, which is unsuitable for fully electric driving.

In concept guise, the Mercedes-Benz EQS developed 350 kW and 760 Nm of torque, with the ability to reach 100 km/h from a standstill in less than 4.5 seconds. Two electric motors sit on the axles and the batteries are housed under the floor. The show car offered a range of 700 kilometers, according to the WLTP testing cycle, with a charging performance of 350 kW for its 100 kWh-capacity battery. The production vehicle, due to roll off the production line in Sindelfingen in 2021, could have a range of at least 500 kilometers.

It is striking that the EQS does not seem to be a classic sedan, but rather a four-door coupe with a hatchback. That would not be an illogical choice, given the Model S and the Taycan. Clients in the top segment may on average be a bit more conservative, but if they opt for fully electric, that will be a different story. In any case, we still have time to think about it, because the EQS is only on the agenda for 2021. Recent rumors pointed to an earlier release, circa 2020, though.

EQ expansion
In 2022, the Mercedes-EQ series is said include ten fully electric models. The EQC has in the meantime kicked off the range and recently Mercedes-Benz unveiled the EQV, a passenger van, too. Soon we expect the production version of the EQA, a concept of which was revealed at the IAA Frankfurt two years ago. 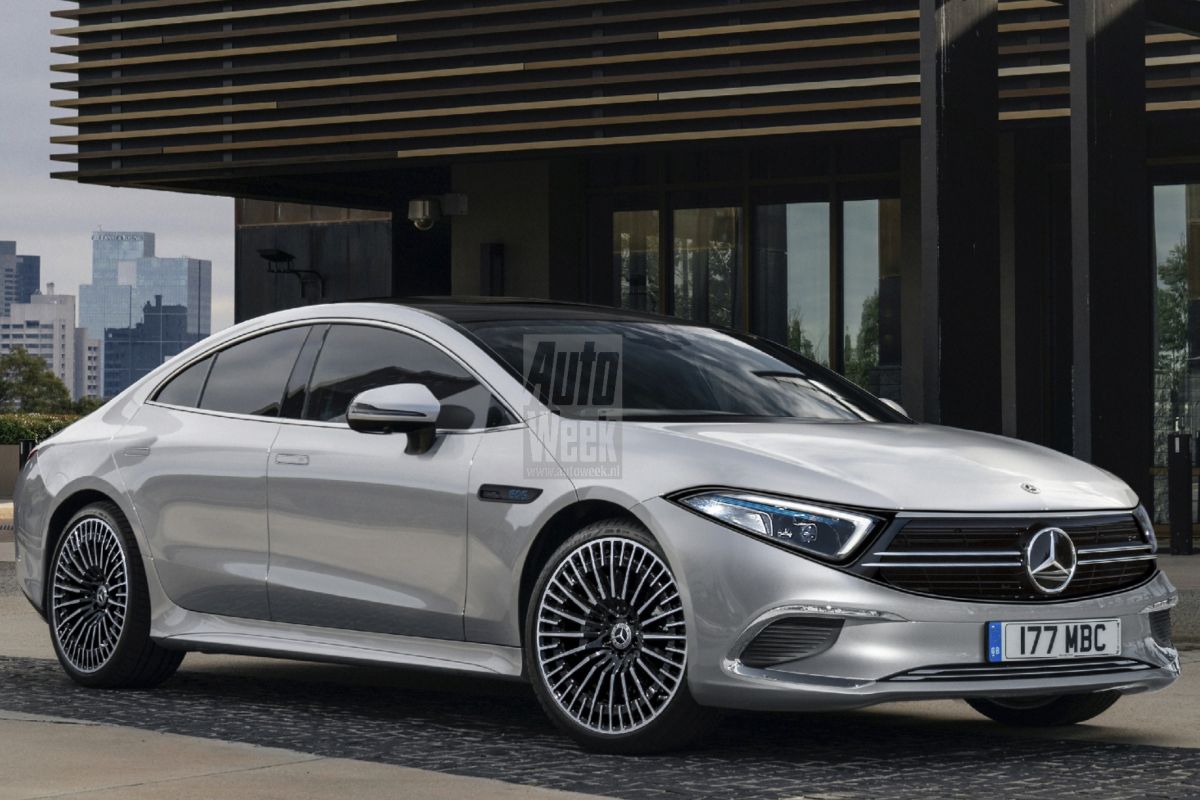