A rare Mercedes CLK DTM AMG is set to head auction. It is one of 80 that the sports car maker has ever built to celebrate the 2003 victory in Deutsche Tourenwagen Masters (DTM).

The model goes under hammer on February 13. It is a 2004 model year. Mercedes built 100 coupes and only 80 cabriolets of the CLK DTM AMG. The cars came with the 5.5-liter V8 engine. It developed 582 horsepower and 800 Newton meters of torque and transferred resources to the rear axle via a Speedshift 5G-Tronic 5-speed automatic transmission. 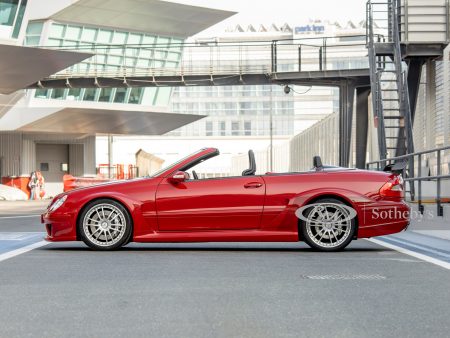 The CLK DTM AMG could accelerate from a standstill to 100 km/h in just 4.0 seconds and could hit a top speed of 320 km/h.

Back then, even racing drivers were very enthusiastic about the street-legal race car. Juan Pablo Montoya, Mika Hakkinen, Kimi Raikkonen and Jenson Button drove it to the limit and were much impressed, according to the RM Sotheby’s auction house.

Seventeen years after it rolled of the assembly line, this automobile in visually dramatic Fire Opal Red comes with quite a story. First, most of the units came in silver or black, so the bright red paintwork makes it even more special. The one who ordered was from Germany. Eventually, the car was shipped to the United Arab Emirates. A member of the royal family in the Emirate of Sharjah wanted it. Later on, it moved over to some other royal garage in the Middle East, enjoying a life of luxury in the hands of princes and sheiks in UAE and Bahrein. 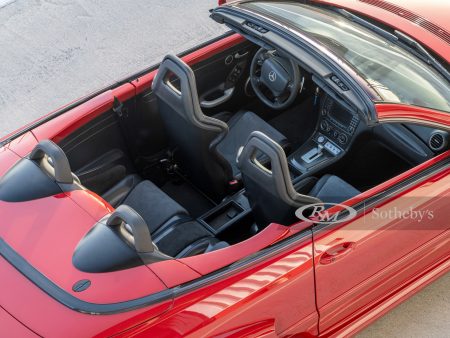 The odometer shows less than 15,200 kilometers. The last time it went service was less than a year ago, in February 2020. The auction house reports that the four-seat convertible underwent regular maintenance by Mercedes-Benz dealerships throughout its entire life. It is an information that makes it grow in value.