Mercedes-Benz 560 SEC AMG Wide Body, arguably one of the most sought after performance coupes to have ever left Affalterbach, is a rare sight. One mint example is now heading the auction block.

Fewer than 50 cars wearing the beloved Wide Body clothes were made, which makes this model even more desirable. Wearing the 28th number on its identification plate, the car offered for sale is showing only 90,000 km or roughly 56,000 miles on its odometer and is finished in a flashy shade of silver complemented by contrasting black leather interior.

When new, power output was rated at a whopping 385 hp, delivered with serene grace by an old-school V8 block. Back in the days, there was no replacement for displacement, so the big Benz sported an equally impressive displacement of 6.0-litre. 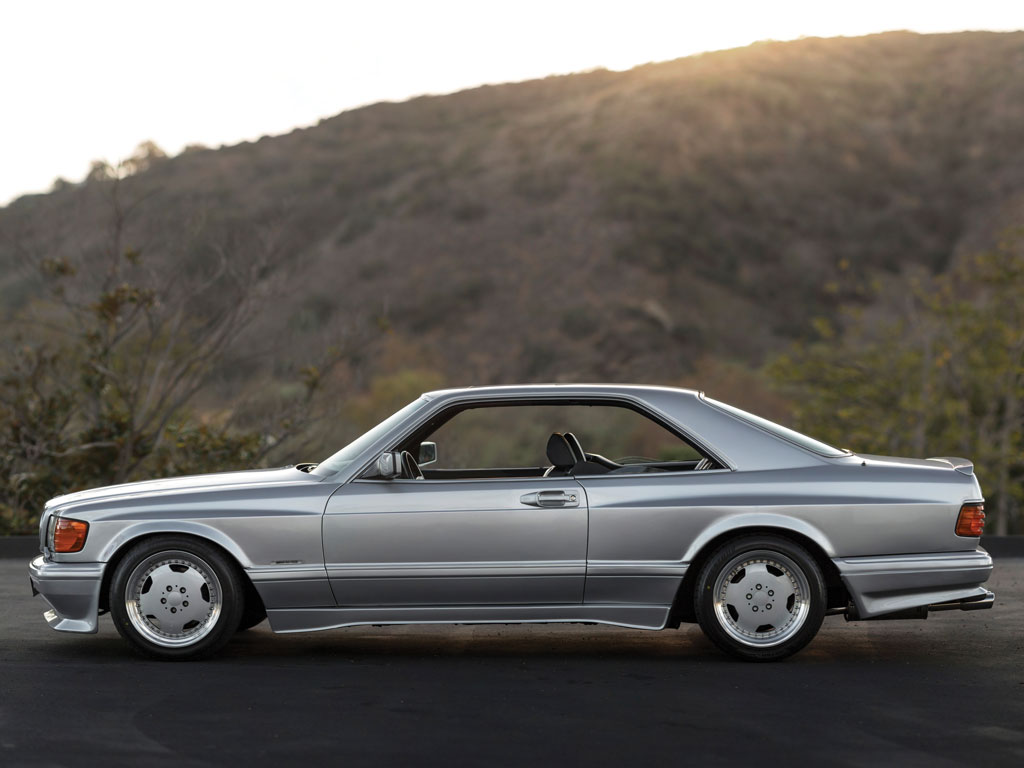 The engine was heavily tuned by AMG. The wizards from Affalterbach installed a custom quad-cam head generating twice the torque at half the revs compared to the engine of origin, a 5.6-litre unit. Power reserves are sent exclusively to the rear wheels courtesy of a five-speed automatic transmission, so sturdy it is believed to survive even an Atomic war.

The sale is hosted by the famed house of RM Sotheby. Estimated price is said to top $150,000. This doesn’t seem entirely far-fetched considering its original price of $200,000 and, especially, the exclusivity of this model. Since we’re talking about the Wide Body version also helps, as Mercedes fans tend to praise this particular variation even more than its conventional counterpart.