Mercedes-Benz is adding an opulent version to the line-up of its largest SUV this year. The Mercedes-Maybach GLS loses almost all the camouflage in the latest spy pictures published by Carscoops.

The top variant of the GLS family can now be admired on these latest espionage photos practically without camouflage stickers. The effects of the Maybach design treatment are especially visible at the front. The GLS gets the characteristic Maybach grille with chromed vertical bars. One floor below, the Mercedes-Maybach department prepares a bumper that, with its smaller cooling openings, appears less ‘sporty’ than that of the regular GLS. Changes at the rear seem less radical, as the GLS is, apart from the exhaust end pieces, identical to the ‘standard’ GLS models.

With the Maybach version of the GLS, Mercedes-Benz is aiming its arrows at a corner of the motoring market that is increasingly populated: that of the extra luxurious SUVs. Land Rover has been operating in that segment for some time with the Range Rover SV Autobiography, Bentley has the Bentayga and Rolls-Royce the all-surpassing Cullinan. Regarding the latter, the future Mercedes-Maybach GLS will not be a direct competitor, but Land Rover in particular must be concerned about the newcomer.

On the engine list we expect, among other things, the 469 hp V8 that is also available in the Mercedes-Maybach S 560. It is unlikely that Mercedes-Benz will provide the Maybach-GLS with the 630 hp V12 from the S 650 4Matic, because Daimler is slowly but surely saying goodbye to the twelve-cylinder engine. 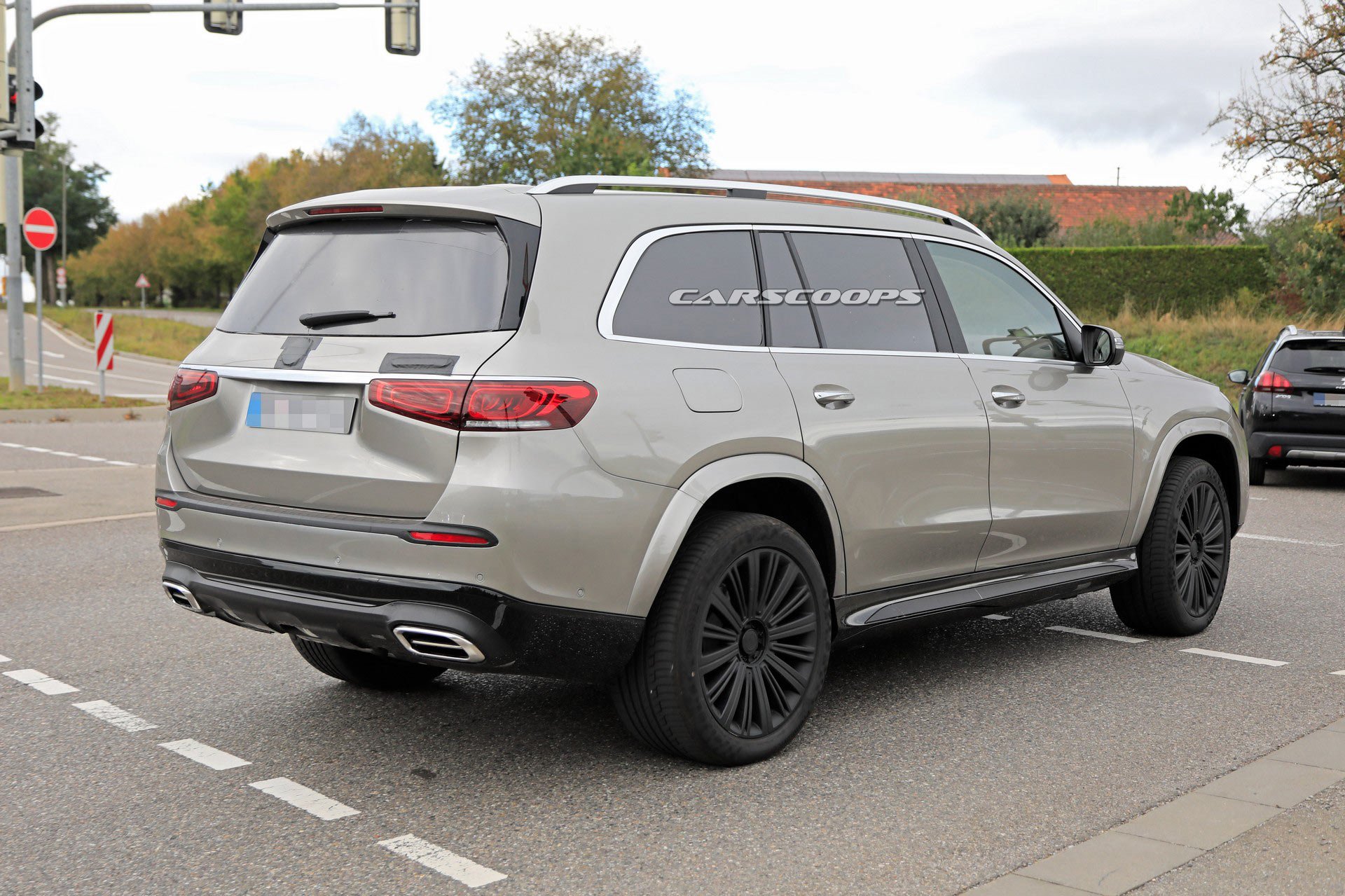