Queen Latifah’s Mercedes was stolen at the gas station

Queen Latifah’s Mercedes-AMG S63 Convertible was stolen at a gas station in Fulton County, Georgia, right before Christmas. A thief jumped into the car and sped off while the driver (one of Latifah’s employees) was pumping gas.

A white BMW pulled up beside the 46-year old actress’s 2015 Mercedes, a man got off the car, simply got into the convertible Meredes and took off, leaving the pump hanging out of the car and the star’s bodyguard in shock. The actress was not in the car at the time, but the police later identified her as the owner of the vehicle.

Authorities eventually found the Mercedes in an apartment complex in southwest Atlanta, after the security officials spotted three men and a BMW next to the car that was reportedly stolen. 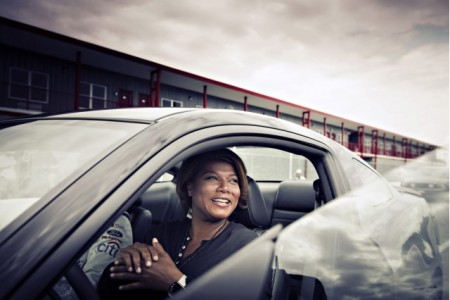 The Emmy Award winner soon got her convertible AMG back, but the thieves have not been caught yet. On inspecting it, she discovered lemonade and fruit juice bottles inside the car.

Apparently Queen LAtifah’s lavish lifestyle attracts thieves like a magnet. 20 years ago, two teenagers stole her BMW 740i and shot her bodyguard and then-boyfriend Sean Moon. The thieves were later arrested and charged with attempted murder and carjacking.