Digitally rendered new Benz models are all the craze today. After the all-new Mercedes-Benz S-Class Cabrio we bring you the first look at the upcoming GLC Coupe in production form via RM Design.

Hot on the heels of the GLE Coupe, we’ve recently put through its paces, Mercedes-Benz is already working on its smaller brother. Titled the GLC Coupe, this is essentially the production version of the similarly called concept revealed at this year’s Shanghai motor show.

Just as expected, the all-new GLC Coupe will bet everything on design. Sporty design, that is! From the side, there’s no mistaking the GLC Coupe for anything other than a fully-fledged SUV coupe, complete with an elongated roof which flows seamlessly towards the beautifully sculptured back. In C-Class Coupe fashion, the taillight design apes the S-Class Coupe with its two LED upper strips that act as turn indicators. 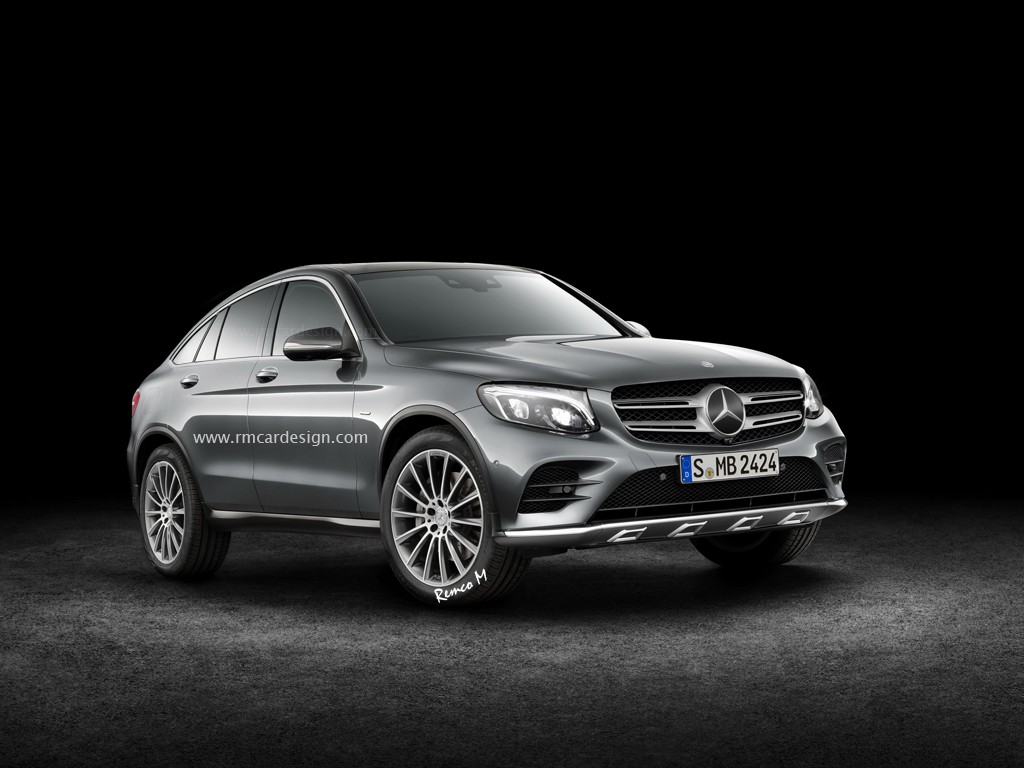 Mercedes-Benz GLC Coupe doesn’t hold any tech surprises up its sleeve. Set to inherit the same platform shared with its GLC regular SUV and the C-Class, it will also feature an identical engine line-up. Initially, the GLC Coupe will be available with four and six cylinder diesel and gasoline powered units.

Also earmarked for the all-new GLC Coupe is a plug-in hybrid version. Power for the new GLC Coupe 350 e will come from what is essentially the same powertrain used by the C-Class’ eco version: a 2-liter turbo with 211 HP matted to a 60 kw electric engine, for an electric range of 30 km.