Daimler got a notification from the US National Highway Traffic Safety Administration (NHTSA) and decided to act immediately. The notification claims that certain airbag models from the manufacturer Takata are potentially defective.

The model of airbag in question is installed in various Mercedes-Benz cars and Daimler vans. Therefore, based on the available data regarding the components, Daimler AG has taken the decision to recall approximately 705,000 Mercedes-Benz cars and about 136,000 Daimler vans in the United States. The recall represents a €340 million expense for the car maker. The precautionary recall expense will be recognized as a provision in the financial year 2015. The deduction will take the annual profit down to €8.7 (still a major increase compared to 2014’s €7.3 billion) and the Group EBIT to €13.2 billion (it was €10.8 billion in 2014). 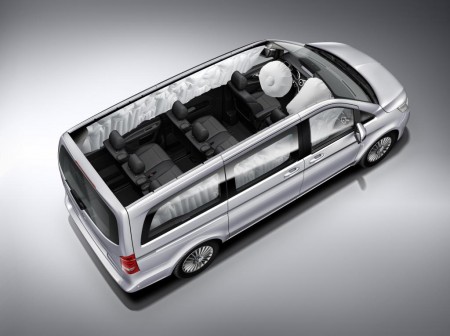 Daimler lets employees know that the dividend proposal and their profit participation for the year 2015 and also the earnings expected for the financial year 2016 are in no connection with the changes. The Board of Management and the Supervisory Board will still propose the distribution of a dividend of €3.25 per share at the Annual Shareholders’ Meeting, set to take place on April 6, 2016.