The 2015 Porsche 911 Turbo Facelift has been caught by our spy photographers. Part of updates, the top-of-the-range Turbo gets subtly redesigned exterior details and a revised interior.

Styling-wise, this is a very minor revamp with most changes aimed at improving aerodynamic efficiency. Fans will probably notice the redesigned grille and front bumper or the front lights with new internal graphics and full LED technology. At the rear, Porsche 911 Turbo features bigger air intakes for the engine bay and reshaped tail-lights. 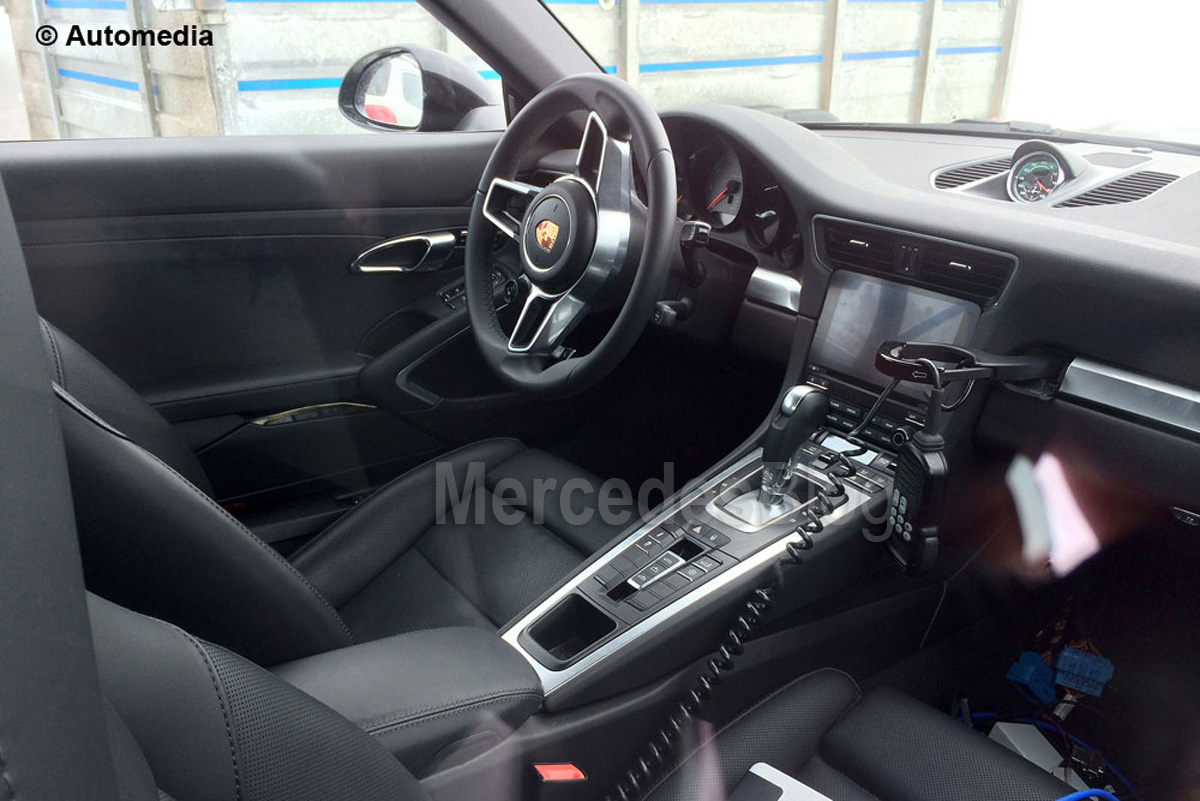 The interior bring a lot more to the table with a larger new touchscreen central interface set to make its appearance. Actually a revamped version of the current Porsche Communication Management (PCM), it is expected to rely on better graphics and connectivity. The steering wheel is also new, mimicking the look patented by Porsche’s 918 supercar, bar the extra control buttons for its advanced hybrid powertrain.

It remains unclear if Porsche will tweak the 3.8-litre twin-turbo flat-six engine, as well, as part of the customary facelift. Power could increase over the current 512bhp (562bhp for the’S’) rating. The main changes will focus on improving efficiency figures and consumption. 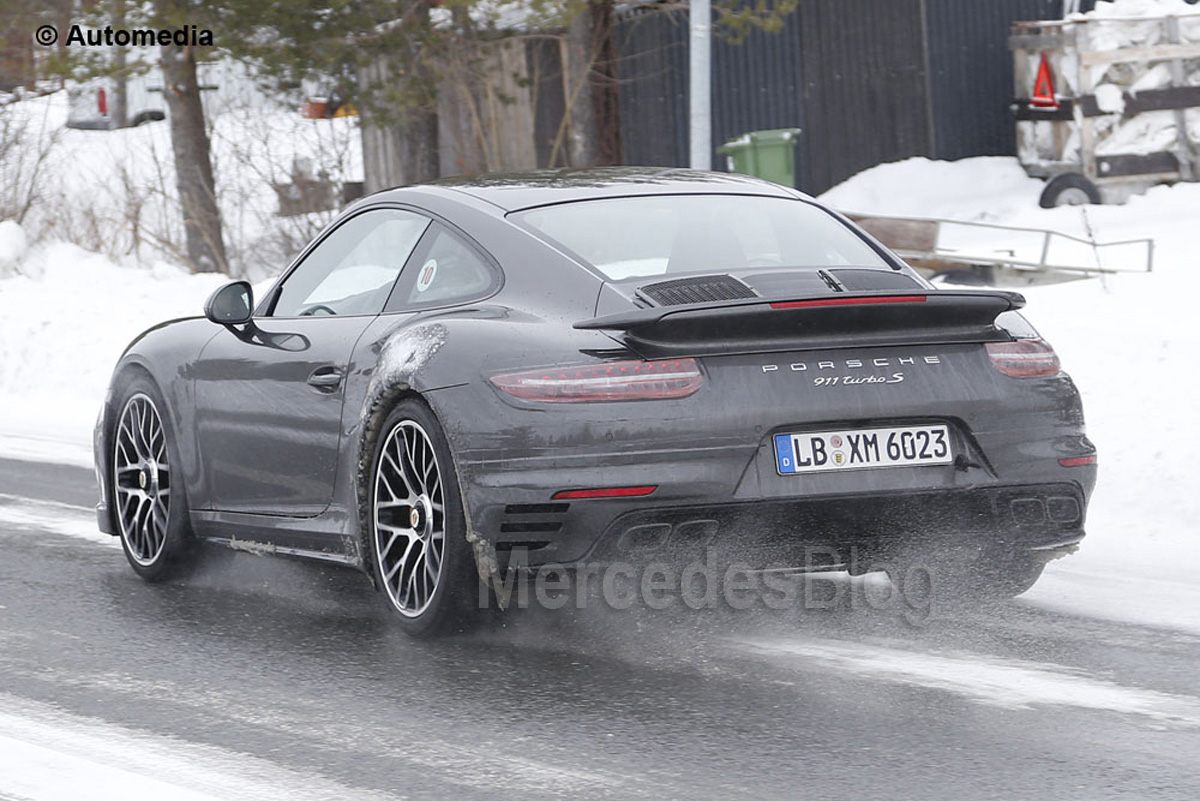 Blink and you’ll miss it. This is how we would characterize Porsche’s top-model’s update. The whole revamped 911 range will go on sale at the end of the year.