There is a pink panther on the racetrack! The splash of color has been sent onto the circuit by the Mercedes 2016 DTM squad, to confirm partnership with the team’s sponsor, the water technology company BWT. Oh, wait, there are two pink panthers in there!

The Mercedes-AMG C 63 DTM cars got wrapped in pink. After his rookie season, young Lucas Auer lines up alongside his experienced DTM teammate Christian Vietoris. They are both running tests in Hockenheim (4th – 8th April), getting ready for the season that is about to start and they are proud to wear… pink! 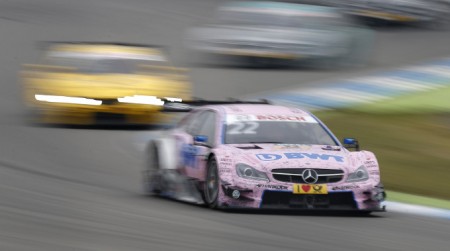 “I will always remember my colourful BWT Mercedes-AMG C 63 DTM as the car in which I made my DTM debut last year. So I’m all the more delighted to be competing in the eye-catching BWT livery 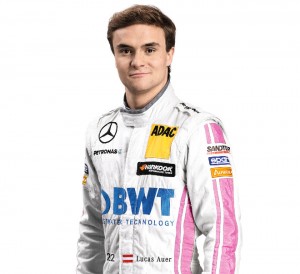 once again as we go into the 2016 campaign. In any case, I really like this colour combination!”, says Lucas Auer.

BWT first emerged as a vehicle sponsor in the internationally popular touring car series at the start of the 2015 season and has now extended the partnership for a further two years until the end of 2017.

“The motor racing partnership with Mercedes-AMG raises BWT’s international profile and helps us to dynamically consolidate brand awareness among consumers. With Mercedes, we share high standards of quality, innovative technology and a passion for everything we do – always with the aim of giving the best to our customers”, says Lutz Hübner, CEO of BWT Wassertechnik.

We want to stand out in the DTM, and the special BWT livery certainly helps us do that. There are plenty of black or blue cars in motorsport, but a pink car instantly attracts more attention. Now it’s up to me to add a splash of colour to the front of the grid”, says Christian Vietoris.

“I am convinced that the contribution Lucas Auer and Christian Vietoris make in their brightly painted BWT Mercedes-AMG C 63 DTM cars this season will be more than just a visual one”, stated Ulrich Fritz, Head of Mercedes-AMG DTM.