Party like a champion! Nico Rosberg thanks father Keke, champion in 1982

Nico Rosberg thanked his mother and father after he became a Formula 1 World Champion in Abu Dhabi. He posted a video showing candid moments from his childhood.

Keke Rosberg got his only world title in 1982, onboard his Williams racing car, but son Nico wasn’t there to see it. He was only born in 1985. But his parents watched the race live in Abu Dhabi. 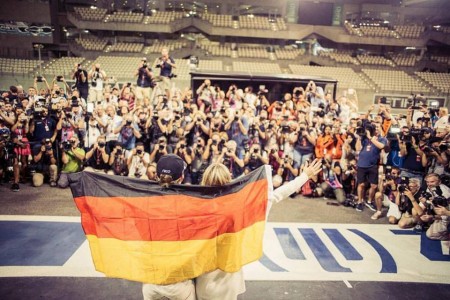 Mrs. World Champion, Vivian, who was also his childhood sweetheart, spent two hours in the Mercedes-AMG garage, with her eyes glued to the screen. The driver’s one-year old daughter was at the hotel with the nanny.

More than 2 decades later, Nico Rosberg’s mother, Sina, watched her son turn into the fastest man on Earth. “We were hiding, we did not want Nico to see us”, she said, also disclosing family secrets on conversation rules at home.