Generation EQ concept kick starts an entire generation of Mercedes-EQ labeled electric cars. The SUV Coupe study made quite an impression in Paris, clearly dominating the motor show as one of its most significant premieres. LIVE REPORT.

The first of four electric models built on the all-new modular MEA platform, Generation EQ concept is GLC sized and has already been confirmed for series production, set to reach Mercedes showrooms in 2019. By 2020, Mercedes will have more than four dedicated electric models in its range, while by 2025 their number is set to go beyond 10, Mercedes’ guru Dieter Zetsche has revealed. 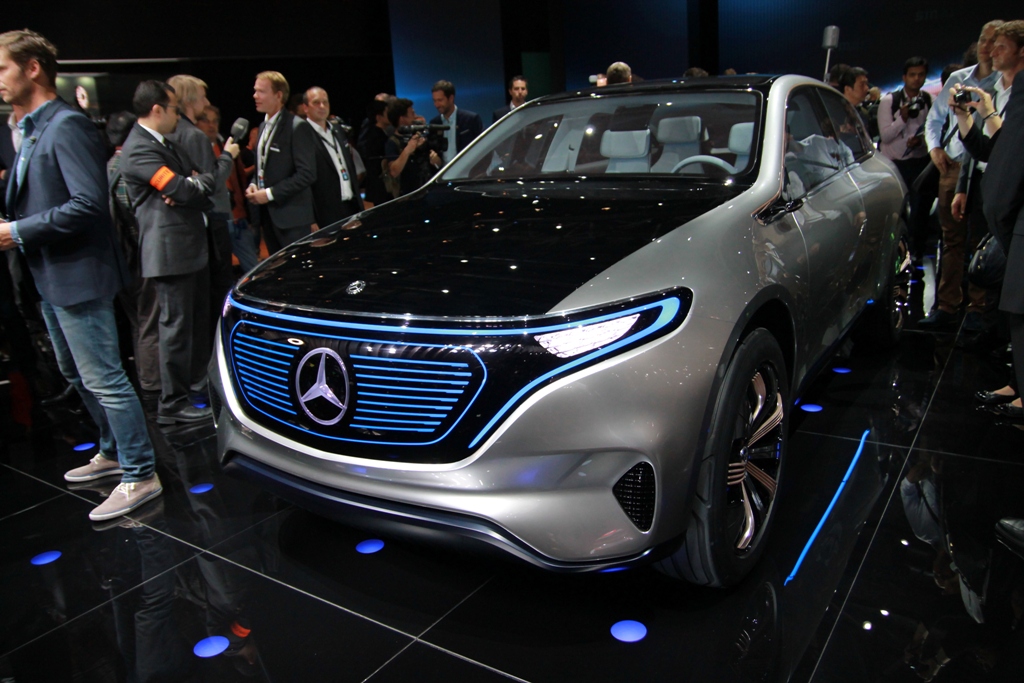 The specially developed for electric vehicles MEA architecture is made of steel, aluminum and carbon and is scalable across all classes and sizes in every respect: wheelbase, track width and all other system components, especially the batteries are variable due to the modular system which can easily spawn anything, from SUVs to sedans, coupes or convertibles.

Mercedes opted for an SUV as the first member of its new Mercedes-EQ sub-brand due to the huge global demand in the segment. Generation EQ will be followed by a luxury sedan (S-Class corespondent), a medium-sized sedan (E-Class segment) and another SUV based on the bigger GLE. The sub-brand name (Mercedes-EQ) stands for “Electric Intelligence”. 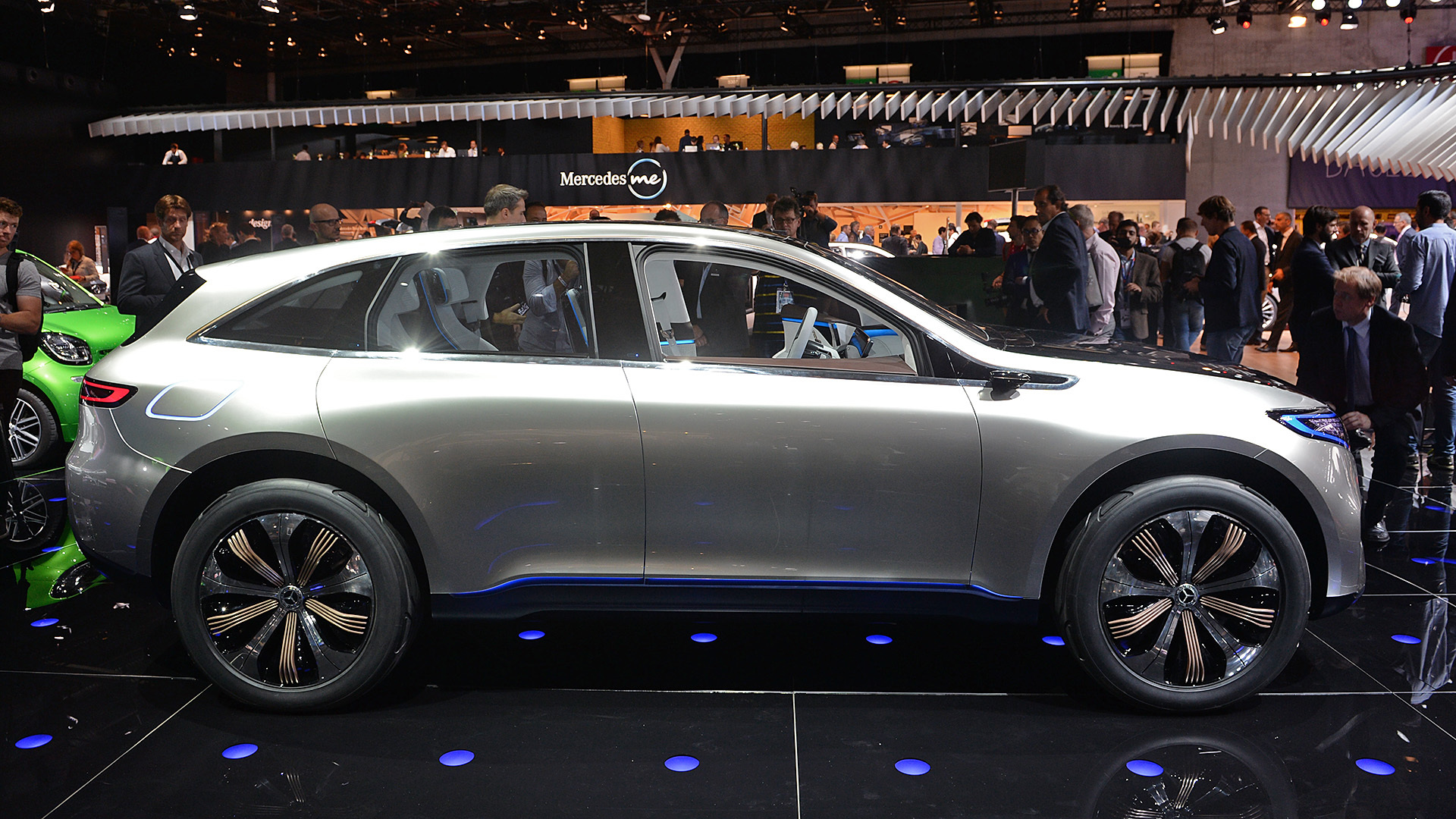 Visually, Generation EQ is the futuristic alter-ego of the current Mercedes GLC. Body joints are hardly perceptible, the wipers are hidden, cameras replace side mirrors, the door handles are flush with the doors. The main design feature that will distinguish all future ‘Generation EQ’ electric models is the Black Panel front grille which bears a white-illuminated Mercedes star and integrates all the light elements under one surface.

The cockpit is dominated by a broad, seemingly floating 24-inch display, which brings together all the data and controls, while a big, ultra-wide modular display can be found behind the steering wheel. Ergonomy relies on touch-sensitive surfaces. Touch Buttons are found on the steering wheel and center console. Conventional switches were only kept for the electric seat adjustment. The cabin hosts four individual seats covered in bright white leather. All headrests integrate speakers while the front ones also host a pair of TFT displays for rear seat entertainment. 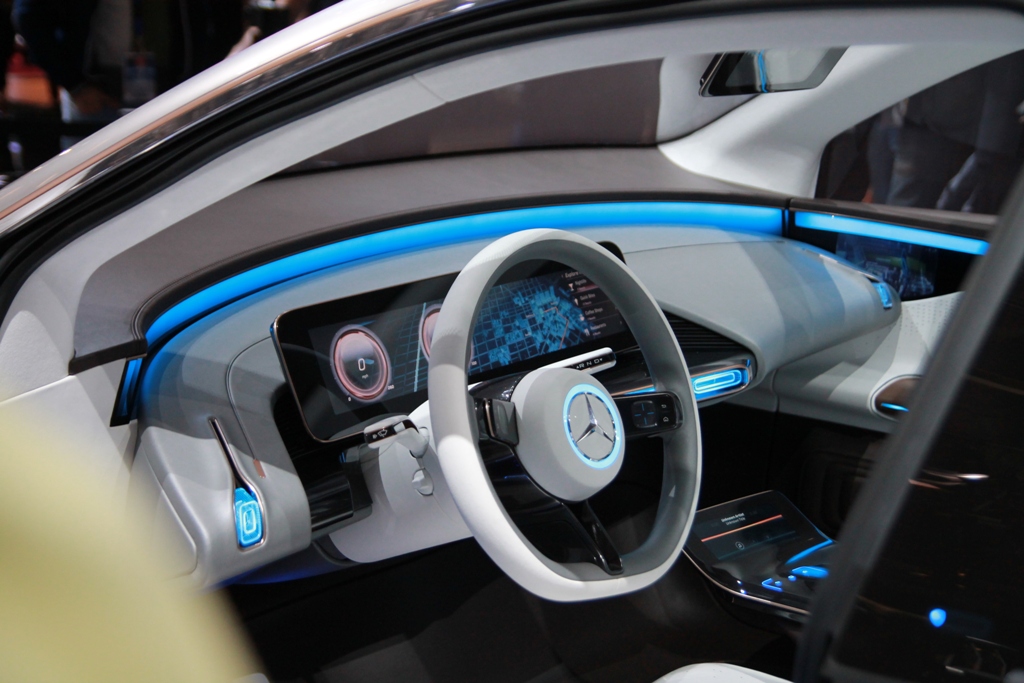 Up to 500 km (310 miles) range
Generation EQ is powered by two electric motors mounted on the front and rear axles. The battery is integrated into the vehicle floor, between the axles. The power of the drive train is scalable with a maximum output of up to 300 kW (402 hp), 700 Nm and a range of up to 500 km. The modular lithium-ion battery module comes from the Daimler subsidiary German Accumotive and has a total capacity of 70 kWh.

Power is sent to all four wheels. The electric four-wheel drive system with variable torque distribution can vouch not only for driving safety, but also for driving dynamics. 100 km / h should be achieved in 5 seconds. 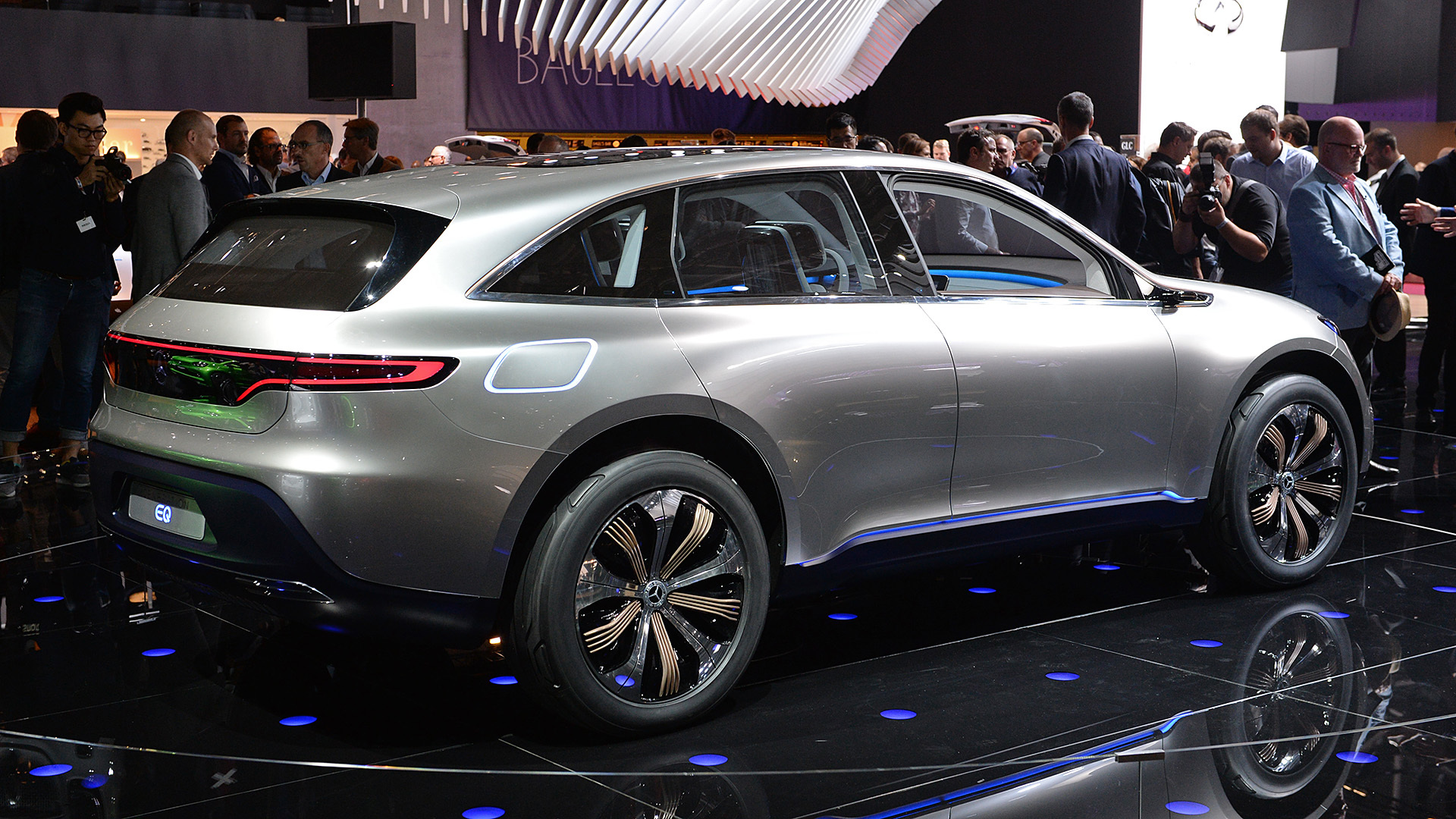 If the battery juice runs out, the Generation EQ can be wireless charged via induction, but can also get its energy from normal sockets or a special wall box. With targeted charging capacity of 300 kW in the medium to long term when the European Combined Charging System standard (CCS) will be introduced, the electric SUV should be ready to go in 5 minutes, with enough power for 100 km (62 miles).

Replete with security systems
Of course, the generation EQ is equipped with all the assistance systems currently available in Mercedes’ vocabulary. In addition, he can exchange information in real time with other vehicles via Car-to-X communication. Also, the navigation system is intelligent: the 3D map can display area information in real time.

The price will be within reach for Mercedes’ current customer base , Mercedes’ boss Dieter Zetsche said during the official reveal of the car at the Paris Motor Show. According to Dr. Z himself, the production Generation EQ SUV will cost as much as a reasonably equipped Mercedes GLC. 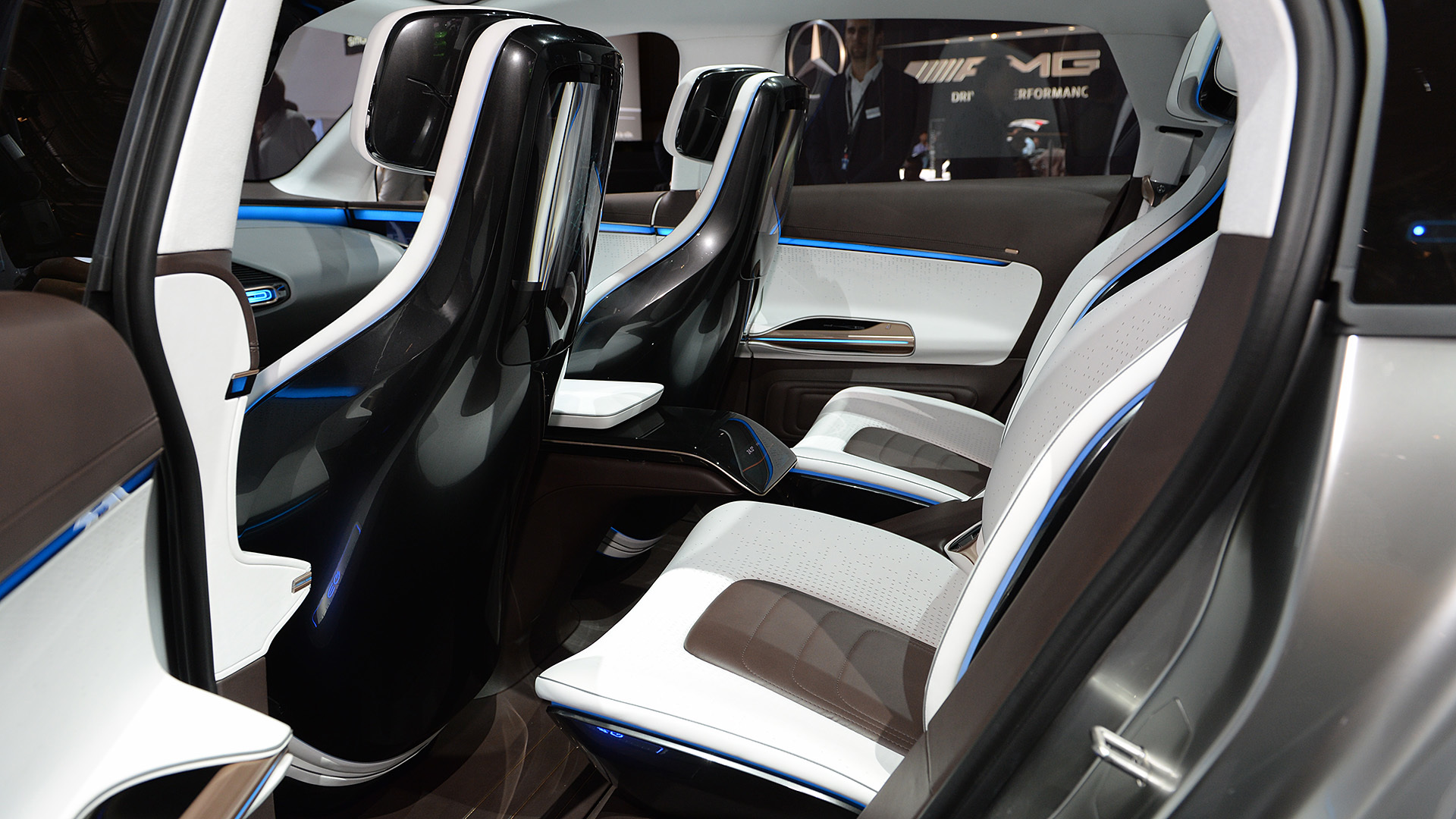