Pape Souare crash. Premier League player and Senegal footbal sensation has seen death with his own eyes after destroying his black Mercedes G-Class in head-on collision.

The horror crash reportedly occurred this Sunday afternoon, on the busy M4 highway near London Heathrow airport. The Crystal Palace footballer was taken by helicopter to a nearby hospital.

The black G-Class, a 2015 G 63 AMG, was completely destroyed. The fire rescuers called on scene had to tear its top off in order to extract the wounded Pape Souare from the wreck. 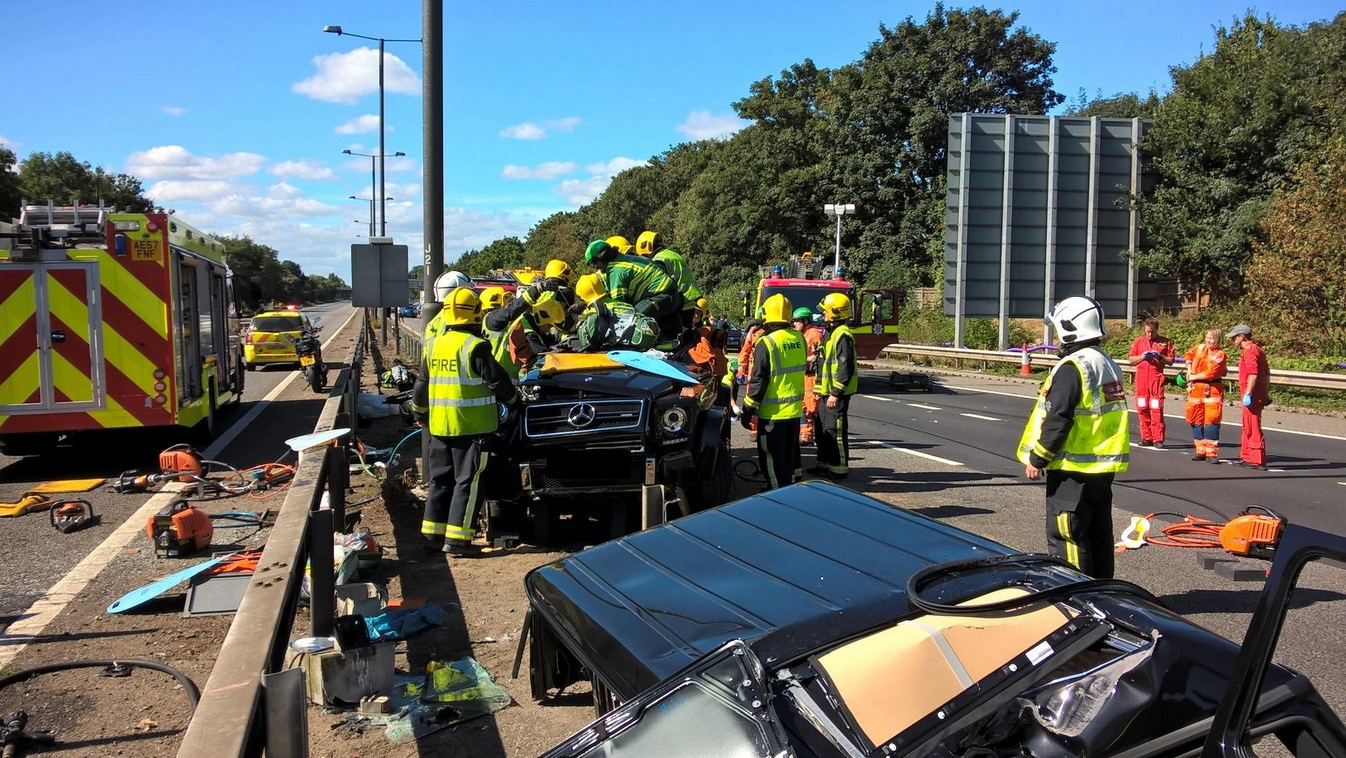 Fortunately the proverbial toughness of Mercedes’ tank-like G-Class has proved once again true, as Souare did not sustain any life-threatening injuries and he is now recovering in London.

The 26-years old Senegalese footballer has played more than 56 matches in Premiere League, following its transfer from Lille in 2015.