Overview of the new Formula 1 pre-season testing so far

The pre-season Formula 1 testing has reached its 3rd day and things are already looking pretty promising for 2015, with a lot of new faces among the fastest drivers.

Of course, these numbers aren’t something to go by since it’s simply too early in the testing phase and the cars aren’t yet tuned to deliver maximum performance. What’s more, some teams haven’t even started pacing the Jerez circuit yet.

Our main focus is, obviously, on British driver and two times Champion Lewis Hamilton, who drove the F1 W06 Hybrid for 91 laps yesterday on the Spanish track. His best time was 1:22:490, enough to place him fourth overall that day behind fierce rival Sebastian Vettel (now racing for Ferrari), who was first, Felipe Nasr from Sauber, who finished the day second and Valtteri Bottas of Williams-Mercedes, in third. The ecart between Lewis and Sebastian was of nearly one second and a half, but as I’ve said, it’s not really concludent at this time.

But it’s not nothing, either. It clearly shows that Ferrari have got a competitive car and Vettel is keen on getting back in the winning seat.

However, Mercedes-Benz engines also power two other teams (Lotus and Williams), besides the in-house MERCEDES AMG PETRONAS, so the Mercedes engines covered a total of 865 km in just one day without any major incidents. We say “major” since even Lewis Hamilton had to be pitted earlier than expected due to a minor water leak.

This is what Hamilton had to say after the second testing day:

That was a satisfying day. We did a lot of laps and I got a feel for the car quite quickly. We’re in the first days of testing so it never feels that great as the car is at the worst it will be all season. But it feels the same as it did last year which is a good thing. A little more downforce maybe but otherwise it handles exactly the same. The balance obviously wasn’t perfect as we’re not working on setup yet, so it could be a lot better. But the priority right now is to put in the laps, not set fast times, and there were lots of positives today. We got good mileage and hopefully we’ll get even more in the next two days. Testing isn’t the exciting part as a driver – I live to go racing. But this is where you build your foundations for the year and we’re all working hard to understand the car. Everything from drivability to tyres you have to learn now to stand you in good stead for the season. You can’t get excited at this point as there’s a long way to go before Melbourne but there’s a really good energy in the team. Everybody is feeling positive and working hard but we’re basing nothing on last year. We start again with the same aim as everyone else – to win. I can’t wait to get to that first race. 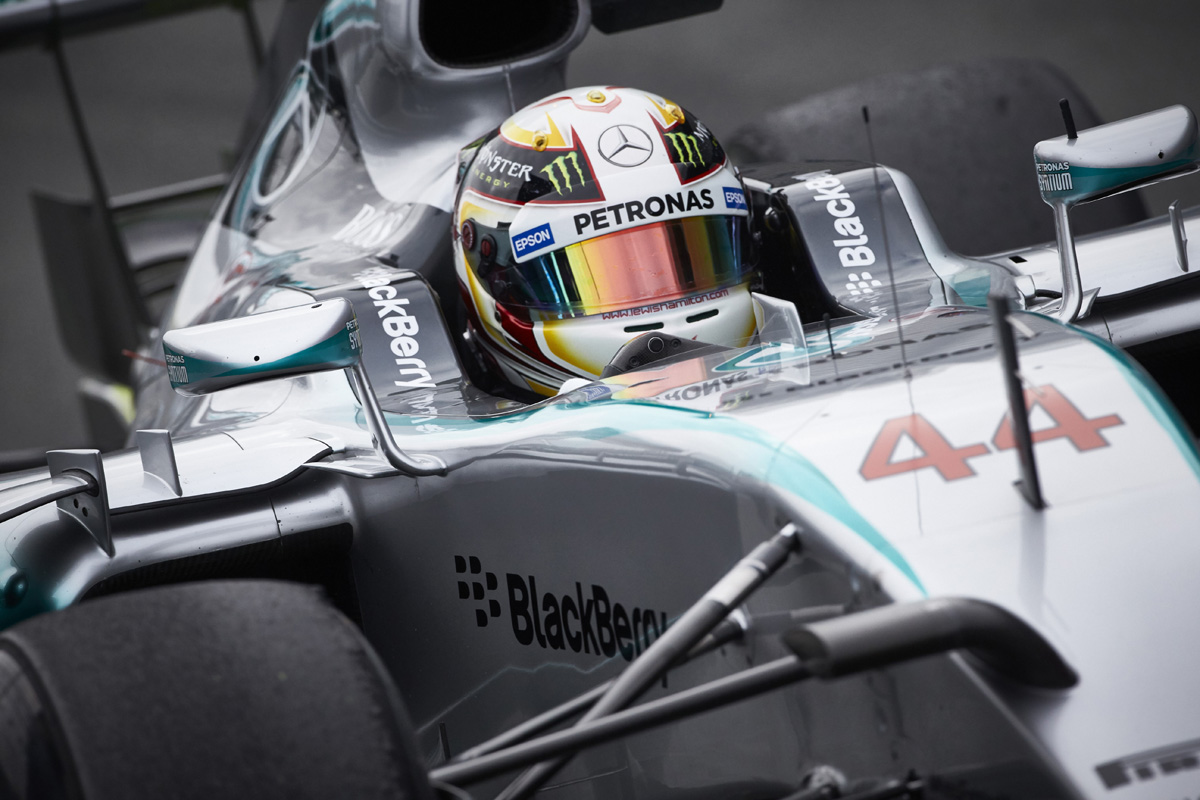 As I’m writing this, the third day of testing is drawing to a close. There is less than an hour left and right now Felipe Nasr is the fastest on the day. Nico Rosberg is on third, after an engine malfunction forced him to spend some time standing still on the track. Hamilton, on the other hand, seems to be sitting out of this one, but it’s unclear whether that’s due to mechanical problems or it’s just the team’s strategy.

We’ll continue to keep you posted.