A new face comes out of the blue. Mercedes-Benz is teasing the company’s latest creation: the Mercedes-Benz SL facelift, which is set to debut this month in Los Angeles.

Just one teaser photo has been released, but that is enough to get us guessing about the seventh generation of the Mercedes-Benz SL. The Mercedes facelifted convertible comes with a new diamond front grille split in two by a single blade, very similar to that of the Mercedes-AMG GT.

The dimly lit image reveals that the SL will be keeping typical features like the ventilated hood, the wide track and the large air intakes at the front.

Not shown in this photo, but seen in the previously published spy photos, the rear side will also bring a wind of change, with the redesigned headlights and bumper and more prominent tailpipes.

On the inside, the SL has undergone a major transplant surgery. The facelifted version should be equipped with the new dashboard layout also found in the S-Class Coupe and with the rotary control system, together with a touchpad found in the Mercedes-AMG GT and C-Class. 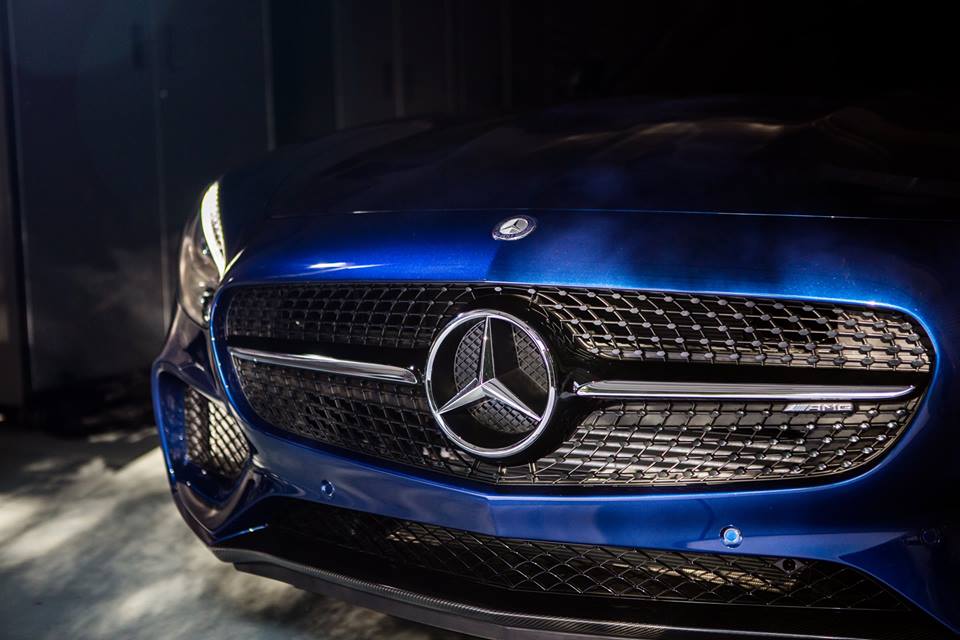 No technical data has been released together with the teaser photo, but the current line-up will carry over mostly unchanged with both the V8 and the V12 (SL 65) finding shelter under the hood of the SL facelift. Even the old-school 5.5-liter supercharged V8 will likely live on in spite of the newer ballistic 4.0-liter twin-turbo counterpart of Mercedes-AMG GT fame making the rounds these days – it will only show up on the next-generation SL.

In the bull fighting arena of the convertibles, the Mercedes-Benz SL has to go up against the Jaguar F-Type Cabrio and BMW 6 Series cabriolet.

Just like are used to, the Mercedes-Benz SL will show up in all its glory in a couple of days, while the public debut is set to happen at the Los Angeles Motor Show, starting November 20.