Optimizing the range: List of the Mercedes models without a successor

The costs of electrification, the not very good financial situation of last year and the medical crisis caused by the coronavirus determined the new chief Ola Kallenius to drastically revise the range of Mercedes models. Which are the models that remain and which will vanish? Here is the list of the Mercedes models without a successor.

Then the coronavirus pandemic affected sales and the return to normal is not as fast as previously thought.

In this difficult context, the new boss Ola Kallenius (not really new, because he previously held the position of head of sales) had to make some tough decisions to reduce costs.


In this regard, Kallenius told the motor motor und sport magazine: “We will review the portfolio to concentrate on the most promising products!” There is also potential in the “simplification of the combustion portofolio”. But what does that mean specifically?

In recent years, Mercedes has continuously expanded its range of models. Former boss Dieter Zetsche wanted Mercedes not to be missing from any market segment. And so, Mercedes has reached over 40 different models, which is a lot. And some of them are not sold in such large volumes to contribute to the brand’s profit.

Kallenius has some plans to reduce the number of models, but which models will disappear will certainly not be known until the Investor Day that will take place this fall. However, we have some clues about the most vulnerable models.

Launched in late 2003, the Mercedes CLS was a pioneer in the four-door coupe segment then copied by all rivals with great success. Three generations have been built (2004, 2010, 2018). But sales have fallen in the recent years, both in Europe and especially in the US. Therefore, at the launch of the third generation, the CLS Shooting Brake version was abandoned.

The decrease in the CLS sales is also due to internal competition from the new Mercedes-AMG GT 4-Door Coupe, which is also a four-door coupe, with the only difference that it has a tailgate and not a normal trunk.

Therefore, it seems that the fate of the Mercedes CLS has been sealed and a new generation will no longer exist. The role of four-door coupe will be carried over exclusively by the Mercedes-AMG GT 4-Door Coupe. 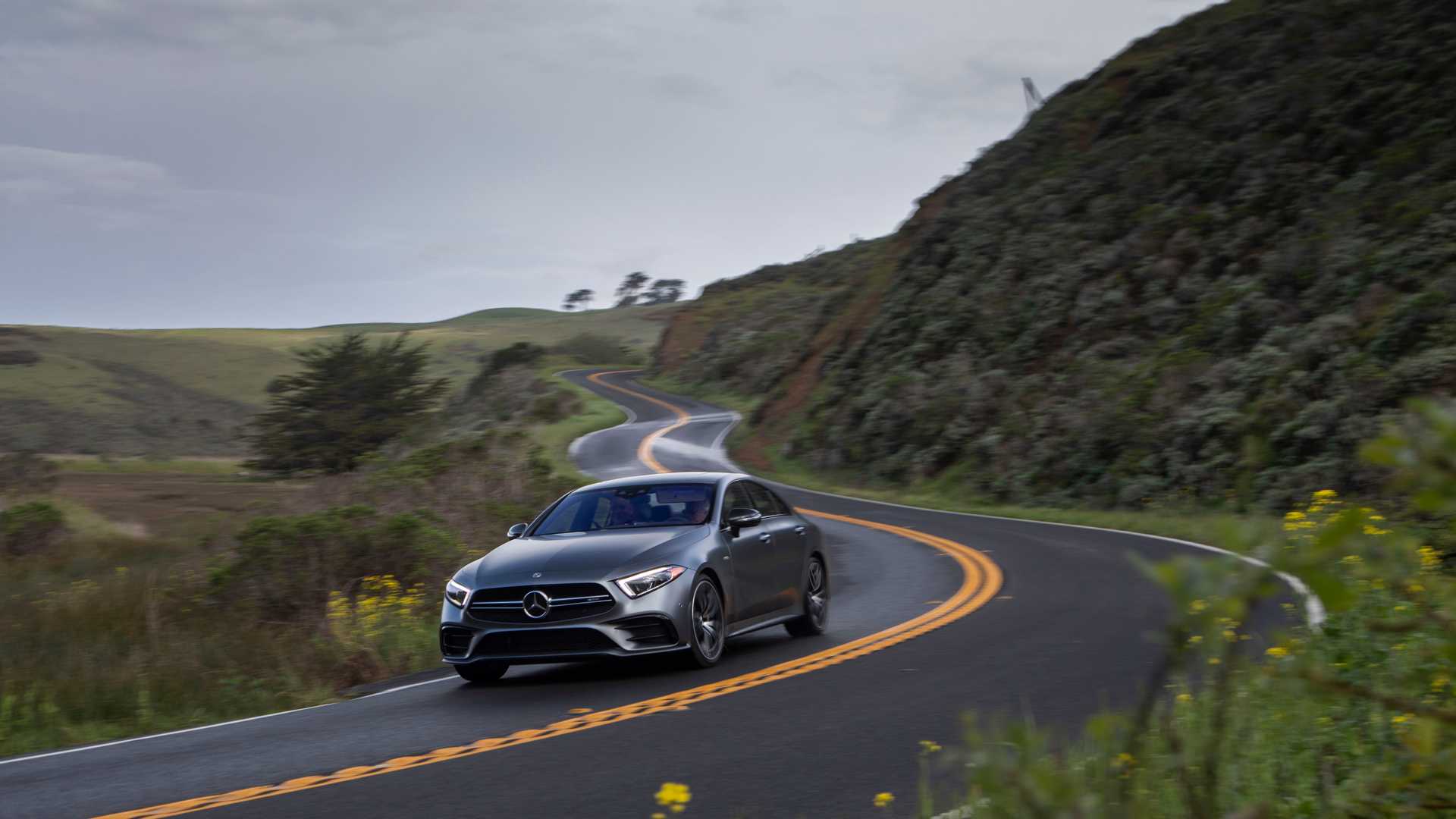 In 2009, AMG launched its first model, named Mercedes-Benz SLS AMG. With a price of about 190,000 euros, the SLS was quite expensive. In 2014, Mercedes decided to replace the SLS with a cheaper model to compete with the Porsche 911. And so the second AMG model was born,  the Mercedes-AMG GT, which started at around 130,000 euros.

Available in coupe and roadster versions, the AMG GT has practically touched the legendary Mercedes SL. Basically, Mercedes now had two models in a declining segment. Therefore, the future AMG GT will no longer have a convertible version.

The fate of the successor of the Mercedes SL was on the cutting edge, because at one point, Mercedes was determined to give it up. The decision for the Mercedes SL to have a successor came quite late, as highlighted by the fact that there will be a gap between the disappearance of the current generation and the launch of the new one.

The greatest news of all is that the future Mercedes SL will be developed by AMG, will be an AMG model. It will therefore come with a soft top again, instead of hard top. There was a time when Mercedes thought of saving the SLC model. The idea was a common platform developed by AMG for the future SL and SLC. Mercedes thus hopede  for a synergy, because there is not much demand for compact and cheaper roadster models.

The proof is that the new BMW Z4 would not have existed if the Bavarians had not partnered with Toyota to build the Z4/Supra together.

Eventually Mercedes gave up the idea of sharing the SLC’s platform with that of the SL’s and the production of the SLC will be halted. There will be no other generation of the roadster with a retractable hard top roof. The last chance to buy one is the Final Edition series. 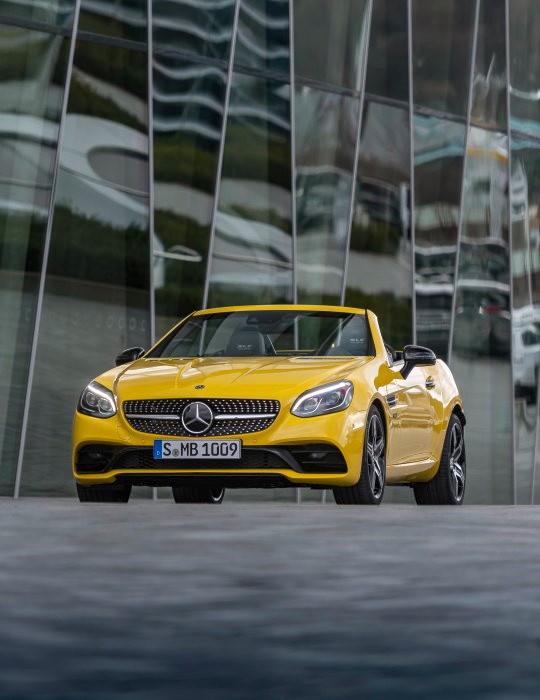 Only 15,300 Mercedes X-Class units were sold in 2019 and this is the main reason why Ola Kallenius decided to stop production of the X-Class.

Built on the platform of the Nissan Navara in the same factory in Barcelona that will be closed, the Mercedes X-Class was more expensive than the Navara by about 10,000 euros. In addition, the X-Class had to face not only the competition of the Navara but also that of the Renault Alaskan, which is also based on the same platform. Basically, the 4-cylinder version of the X-Class was just as expensive as the VW Amarok V6.

Mercedes tried to revitalize the range with a top-of-the-range variant, powered by the Mercedes V6 engine. But it was very expensive. Because the future VW Amarok will be built together with Ford Ranger, increasing the competition in the segment, Mercedes decided to step out of this segment. 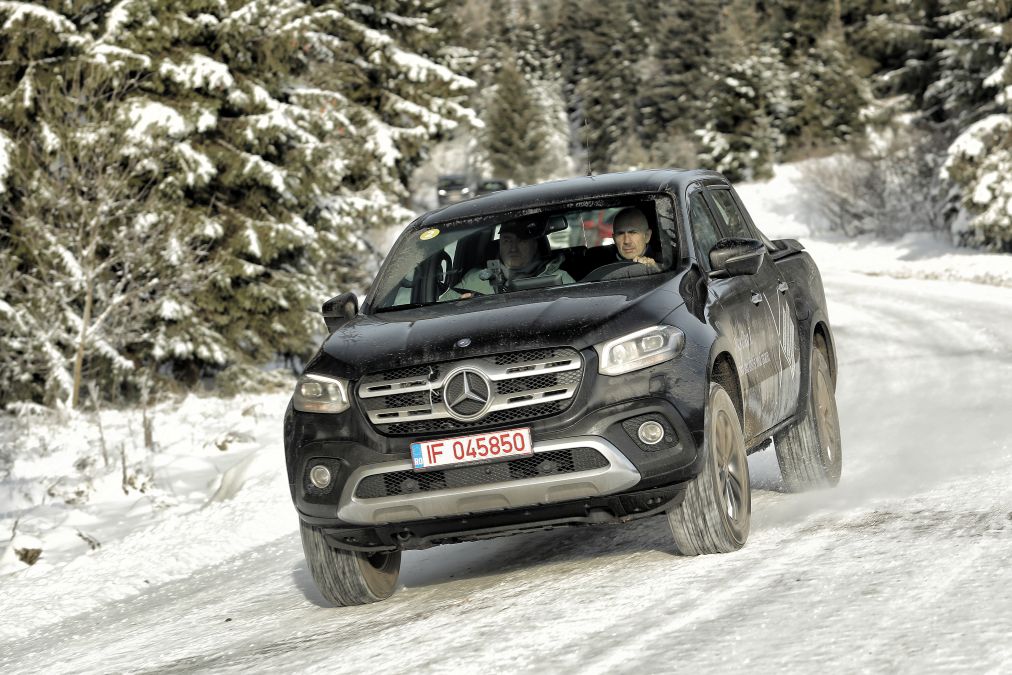 Mercedes Citan – bad for the image

Mercedes wanted to have a small van under the Vito, but never actually managed to develop a successful model in this segment. Many years ago, Mercedes Vaneo was developed based on the A-Class W169, but it was too expensive.

Then, Dieter Zetsche thought of taking advantage of the partnership with Renault and launched the Mercedes Citan, a copy of the Renault Kangoo. This is not a success either. Mercedes is now considering whether to offer a second generation of the Citan or not. We think that a new small Renault van with a Mercedes logo would not look good for the image of the brand. 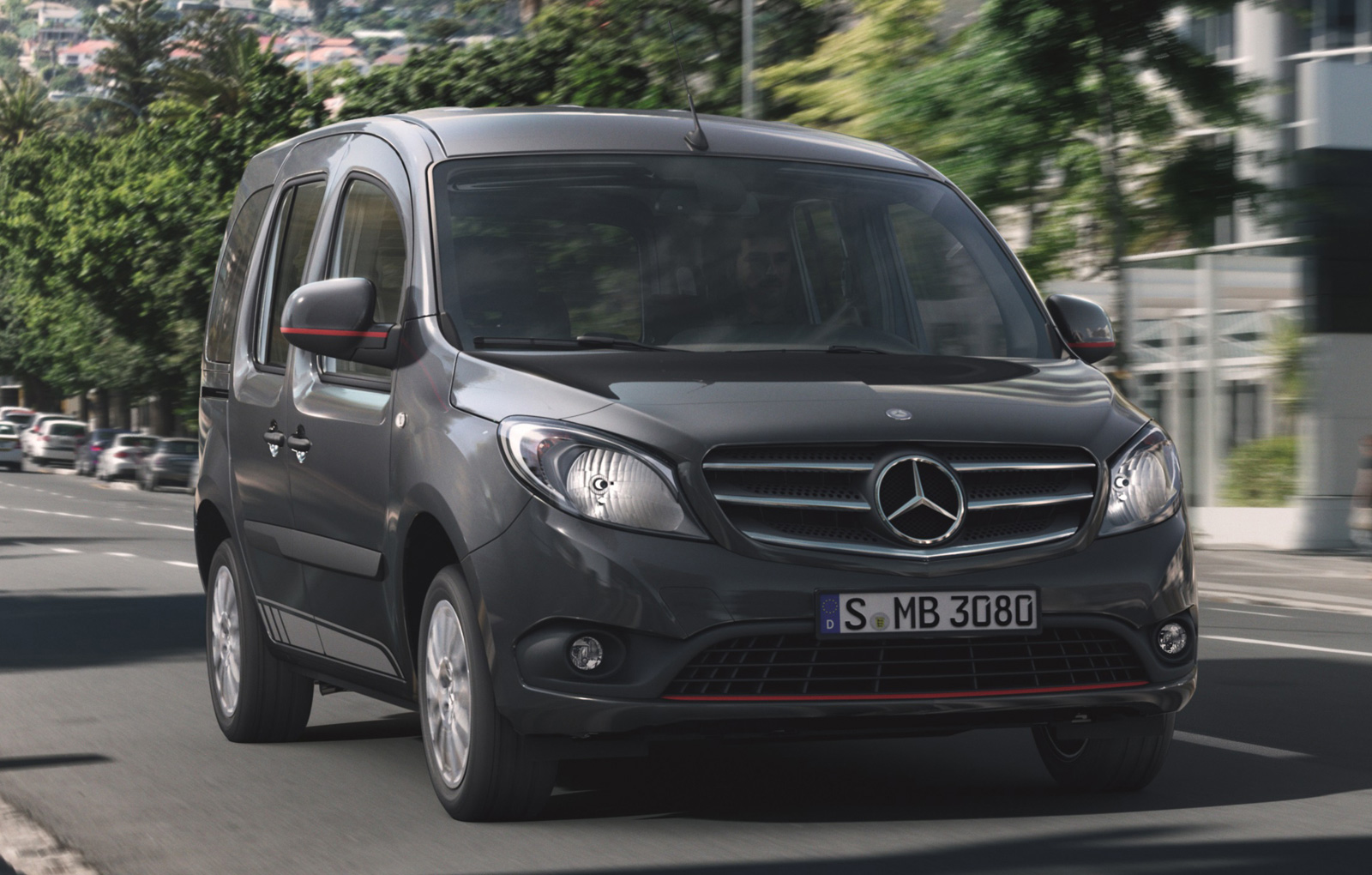 In Asian markets, where there are many wealthy buyers, the demand for convertibles is not too high. Therefore, the C-Class will disappear, as well as the S-Class Cabriolet. The only droptop four-seater will remain the E-Class Convertible.

Mercedes E-Class All Terrain – no SUV, no attraction

Mercedes probably thought that between the E-Class T-Model and the GLE there would be room for a model, similar to what Volvo did with the Cross Country models or Audi with the Allroad variants.

But sales are not satisfactory, with customers still preferring SUVs, as demand exceeds production capacity  at the Tuscaloosa plant. Therefore, it is very likely that the E-Class All Terrain will be dropped, although in this case, the development costs are not very high. 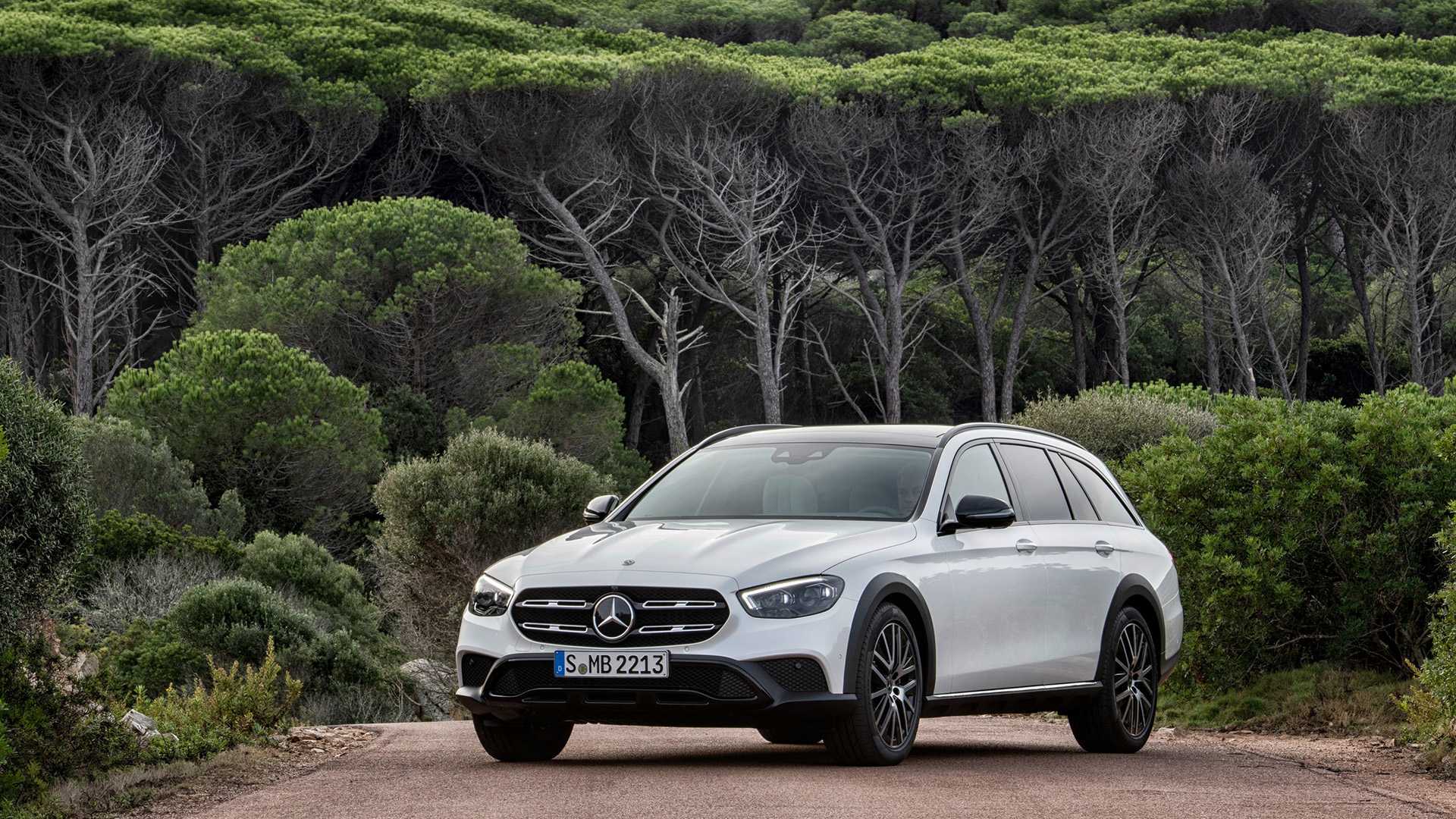 Compact range – too many versions?

In this case the biggest issue is not the sales, but the too small profit margin. One possible cause would be too much diversity in production. Mercedes now has eight different compact models.

Then the demand for minivans is declining and the B-Class is sold only in Europe. VW has given up the Golf Sportsvan and it seems that the downward trend in this segment will intensify. And the B-Class is now competing with the new GLB, which also offers a 7-seat option.

Then, what’s the point of the CLA Shooting Brake as long as the C-Class T-Model offers pretty much the same thing? 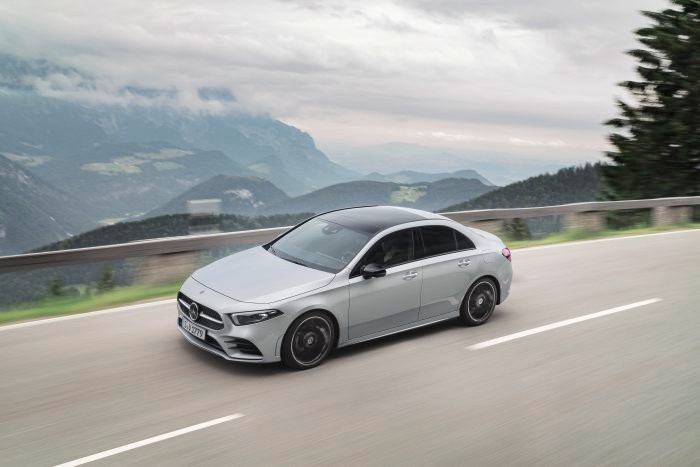 Several years ago, the patriarch Ferdinand Piech told me in an interview: The more rods you throw in the water (i.e. models), the more fish you catch (i.e. customers). Today a question would deserve to be added: at what cost? Electrification has put enormous pressure on costs and therefore, the conventional range must be optimized to the maximum.