American singer, songwriter and producer William James Adams Jr. has designed a one-off Mercedes-AMG coupe with the AMG G 63 front end that will be unveiled on May 5.

William James Adams jr. is an American singer, songwriter and producer, founding member and lead singer of the Black Eyed Peas band. The artist claims to have single-handedly designed a model for Mercedes-AMG that will be unveiled in just a couple of days, on May 5.

In the first teaser, it looks like the car is derived from the Mercedes-AMG GT 63 S E Performance. But it seems to have two Rolls-Royce-like suicide doors instead of the GT S E Performance’s four-door design. The front end is also surprising for a coupe, as it seems to have found inspiration in the front end of the AMG G 63, with a vertical grille and round LEd headlights. From the preliminary details that Mercedes provides, it looks like it will be a one-off piece.

There have been some rumors that this unique concept could be a preview for the upcoming Mercedes-AMG GT Coupe. But this is very unlikely. The upcoming Mercedes-AMG GT will more than likely carry over the design lines and front end of the SL convertible. Or is Mercedes becoming nostalgic after the production of the Mercedes S-Class Coupe was halted? We don’t think so either. 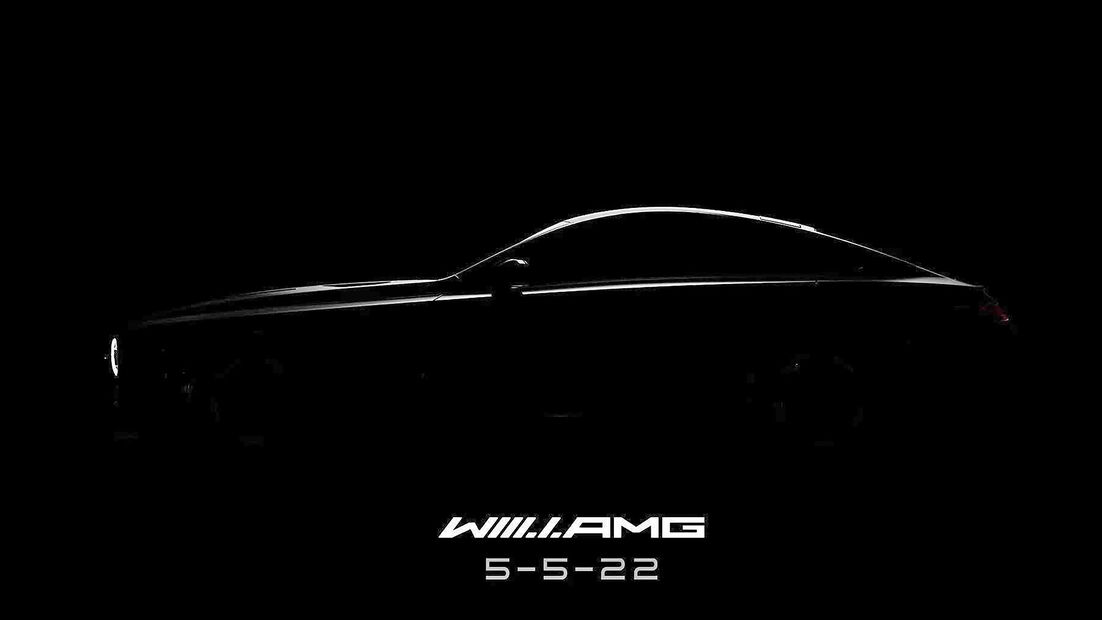