Once upon a time, when Daimler-Benz met Auto Union…

It was April 1958, when Daimler-Benz AG purchased a majority in Auto Union GmbH. The rest of the company was acquired later on, in December 1959, which made Auto Union an entirely-owned subsidiary of Daimler by 1960.

The Board of Management of Daimler-Benz AG had to deliberate whether they would follow the major shareholder’s proposal: he came up with the idea of a merger between Daimler-Benz AG and Auto Union GmbH. It was 1958 and his vision saw the models of the two manufacturers complementing each other. Friedrich Flick then owned approximately 40% of both. He received a positive answer on March 6th, 1958, so the three-pointed star company acquired the majority of the firm with the four rings based in Ingolstadt, meaning 88%.

Auto Union had been founded in Chemnitz in 1932 and, with brands such as Audi, DKW, Horch and Wanderer, it was one of the major rivals of Mercedes-Benz in the street as well as on the racetrack. 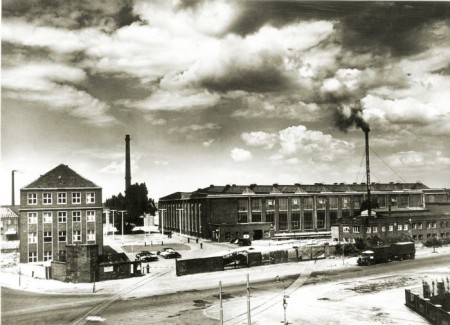 Stuttgart-Unterturkheim was the host of the first joint Board of Management between Daimler-Benz AG and Auto Union, on April 14th, 1958. At the end of the year, Professor Fritz Nallinger and Wilhelm Kunkele, as members of the Daimler-Benz Board of Management, went to Dusseldorf to begin coordinating the activities of the two companies. In August 1958, Hanns-Martin Schleyer and senior engineer Arthur Mischke were designated to manage the cooperation. And more was to come, as on December 31st, 1959, Daimler-Benz took on the remaining shares of the Ingolstadt-based company, thus turning Auto Union into an entirely-owned subsidiary of Daimler-Benz AG.

The new Auto Union plant in Ingolstadt went into operation in 1959, opening up capacities that were highly attractive to Mercedes-Benz at the Düsseldorf location of Auto Union. Therefore, the Supervisory Board of Auto Union decided to relocate its production from Düsseldorf to Ingolstadt on May 31st, 1961. The L 319 van and the OM 636 diesel engine, the assembly of the steering gears and gearshift linkages were all moved over to Dusseldorf. The plant was sold to Industriemotoren GmbH, a subsidiary of Daimler-Benz AG, in 1962. 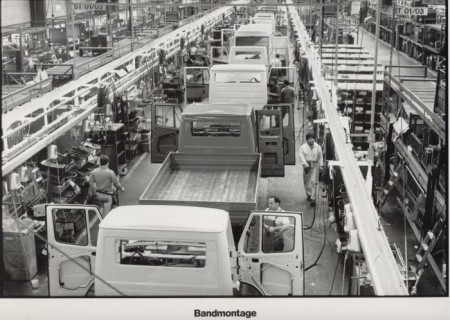 From 1959 to 1964, more than 340 million German marks were invested for the modernization of the production of Auto Union. Still development progressed slowly, making Daimler-Benz decide to dispatch one of its top engineers to Ingolstadt on October 8th, 1963. Ludwig Kraus, head of Design in the Mercedes-Benz pre-development department, was the man that decided the fate of the 1.7-liter OM 636 diesel engine after 1945. In the 1950s, he was the head of Design for the W 196 R Formula 1 racing car and the 300 SLR racing sports car. He was dispatched to Ingolstadt to force the changes onto Auto Union. He brought with him a team of young and highly-motivated technicians and the newly and almost fully developed 4-cylinder engine designated the M 118. The power unit made its debut in 1965 under the hood of the Audi Premiere, the first post-war passenger car developed by Auto Union featuring a four-stroke engine and also the first post-war model bearing the four circles.

From the 1st of January 1966, with Kraus still on board, Auto Union was sold to Volkswagen. Kraus and his squad were involved in the development of the model series W 122 and W 119, thus inspiring the creation of the first Audi 100 developed at the Auto Union plant. The Audi 80 that arrived in 1972 and the 1974-born Audi 50 also bore his signature. 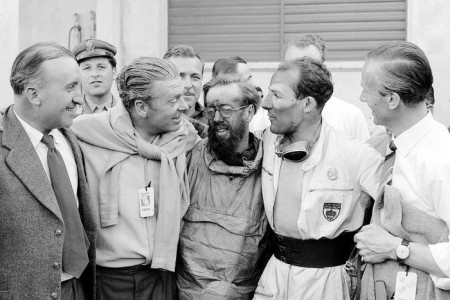 The venue is still active and Daimler has recently invested 300 million Euros in it to take it to a whole new level in terms of technology. Today, approximately 6,600 employees of Daimler AG work there, in the facility that is the lead plant for the production of the Mercedes-Benz Sprinter. The latest generation of the van entered the assembly line there this past March.