On the anniversary year, the G-Class is the star of a new exhibition at the Mercedes-Benz Museum. Iconic models from the 40-year history of the G-wagon will be displayed in Stuttgart starting October, 18th.

The car that premiered in 1979 with hardly any comfort feature, has since then writing its own book of history, with chapters that show it surmounting obstacles on rough terrain, effortlessly and powerfully, composed and proud, doing the same on world’s famous shopping streets.

A G-Class on a gradient of 100% will prove the model’s off-road capabilities.

Its story started “once upon a time”, as all do. The G made its debut in 1979 Grand, available with four engines, three body variants and two wheelbases. The 240 GD was an open-top car with a short wheelbase. A press image of the time shows it “flying” through the air, over a dune. The photograph was published for the debut of the G-model. 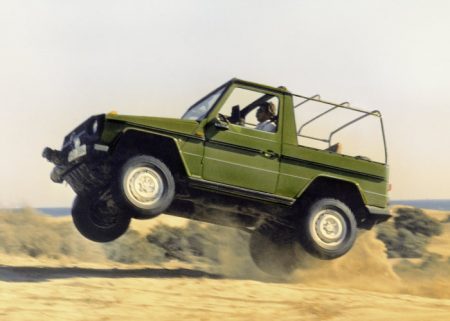 A faithful reconstruction of the 280 GE “Paris–Dakar” of 1983 reminds of the car that won overall victory at the legendary Paris-Dakar Rally with Jacky Ickx and Claude Brasseur on 20 January 1983. 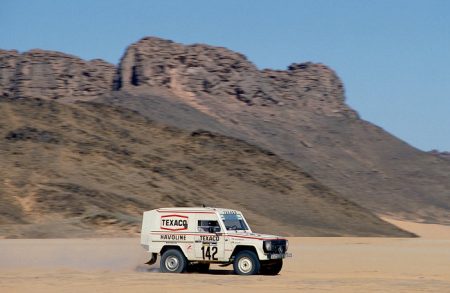 The 300 GD “Otto” from 1988 comes with impressive career stats: it visited 215 countries and drove almost 900,000 kilometres, entering the Guinness Book of World Records. It has been a part of the Mercedes-Benz Museum collection since 2014. 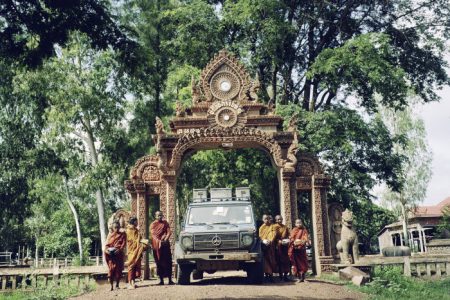 Playing ast forward, the G 500 “300,000th” from 2017 was precisely the 300,000th G to roll off the production line in Graz since 1979. The paint (designo mauritius blue metallic) and the equipment (black leather seats with white seams) were selected by the fans of the model across the world, by vote on a social network. 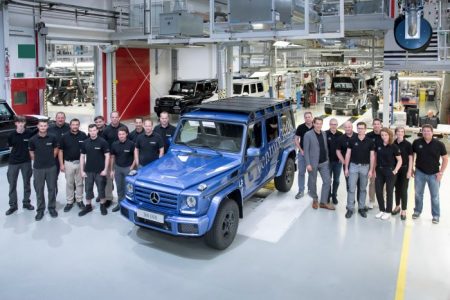