Mercedes-Benz has been crash-testing for 60 years. It was the 10th of September 1959 when the first test of such kind was carried out. A test car slammed against a solid obstacle, head first.

It was just the beginning of a new era in safety research. Teams of engineers and specialists from various fields were able to study the behavior of cars and of their occupants in car accidents. Special test cars and dummies were used. The first crash test performed at the Mercedes-Benz Sindelfingen plant involved a test car slam head-on into a solid obstacle. 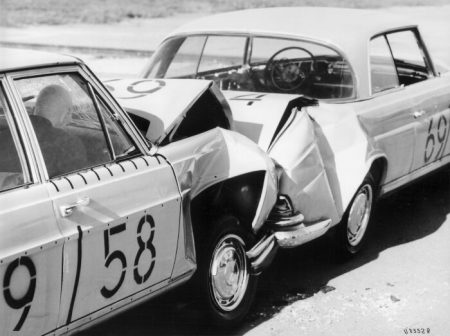 Approximately 900 crash tests are performed at the Technology Center for Vehicle Safety (TFS) in Sindelfingen. Since 1959, more than 14,000 cars have been tested this way.

Markus Schäfer, Member of the Board of Management of Daimler AG, responsible for Group Research & Mercedes-Benz Cars Development, explains that crash tests ” remain indispensable even in the age of computer simulations and ensure the high level of protection our vehicles provide for their occupants and other road users”.

The premium car maker designs and builds all models for the worst-case scenarios in terms of impact. This involves 40 different accident configurations considered. This is how models such as the new A-Class was designated the best vehicle tested by EuroNCAP in 2018 and a best-in-class in the segment of “small family vehicles”. 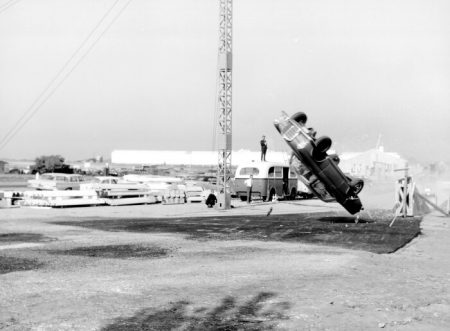 What customers must be aware of is that Mercedes-Benz conducts tests further than the law requires. Thus, up to 15,000 realistic crash simulations and about 150 vehicle crash tests may be required to make an entirely new vehicle ready for customer operations.

The car maker is currently working with the Fraunhofer Institute for High-Speed Dynamics, the Ernst Mach Institute (EMI), on the dynamic X-ray crash. It is a technology that will enable he crash experts to see the deformation process of components also from the inside. Augmented reality (AR) and virtual reality (VR) are also used in the process. 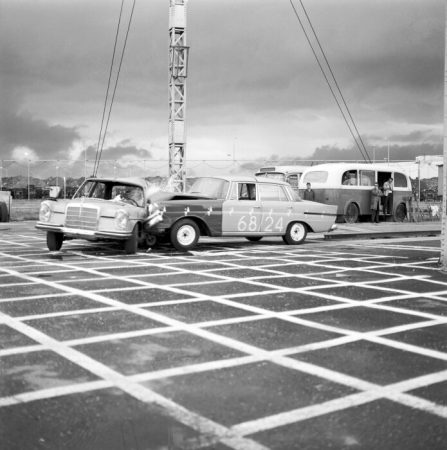 The Mercedes-Benz test facility opened in November 2016, as one of the world’s most modern crash test centers. Vehicle-to-vehicle (Car2Car) collisions from all angles, the evaluation of PRE-SAFE, automated driving manoeuvres with a subsequent crash, crash tests with trucks are on the list of tests that engineers tick for every vehicle.

The longest crash track is over 200 meters long. A total of five crash blocks that are impacted during crash testing. One of them can be moved freely in space and another can be rotated around the vertical axis.