It is official! The Mercedes EQA electric SUV will be unveiled before the end of 2020. To celebrate the announcement, the Germans have also published a set of teaser images of a camouflaged prototype.

Mercedes-Benz applies its EQ label to all-electric models. The brand already has the EQC and EQV, while the Mercedes EQA will be added to the range later this year. Unlike the EQA Concept that Mercedes-Benz showed in 2017 in Frankfurt, the production EQA is not an electric hatchback, but an electric crossover.

The Mercedes EQA will be the fully electric variant of the new second generation GLA. Today, Mercedes-Benz confirmed that the EQA will be presented this year, but the unveiling will not take place in Geneva, but later, in the Autumn. The most likely venue to host its premiere is the Paris motor show.

To ease the wait, Mercedes-Benz has released a few teaser images showing the EQA in a camouflage test suit. The prototypes are currently travelling the snow-covered roads of Sweden, for documenting the effects of cold to the thermal management of the battery and the interior, as well as to charging.

Although the car is packed from head to toe with special foil, it can be seen at a glance that the electric car looks like the new GLA. Recall that the latter saw its height increase by more than 10 cm compared to the first GLA. The Mercedes EQA will also benefit from a high roofline to maintain a good habitability on board, despite the addition of batteries under the seats.

Mercedes-Benz also does not presented any technical specifications today. Even so, we should expect an EV crossover with an electric range of around 400 kilometers. Technically, all new Mercedes electric models will use the modular EVA platform (Electric Vehicle Architecture), capable of accommodating one or two engines and a transmission to the front wheels, rear wheels or all four wheels.

Mercedes-Benz also confirmed that the following week will present new plug-in hybrid versions of existing models at the Geneva Swiss car fair. The E-Class comes in refreshed form in Geneva and that model benefits from the arrival of a plug-hybrid variant, but lower-positioned cars are bound to receive an plug-in hybrid powertrain, too.

For example, Mercedes-Benz will not only reveal the plug-in hybrid version of the GLA, but possibly also of the GLB and CLA. These plug-ins probably get the same system as the 250 versions of the A and B-Class. This translates to the well-known 1.33 turbo gasoline engine which works together with a 102 hp electric motor, producing a total system output of 221 hp and 450 Nm. With the 15.6 kWh battery pack, the GLA should also be able to travel 70 kilometers electrically. At a later stage, one or more Mercedes-AMG versions will undoubtedly also join the hybrid ranks.

The future Mercedes EQA is part of Mercedes’ electric model offensive. At the end of 2022, Mercedes-Benz wants to have ten fully electric models in its portfolio. Mercedes-Benz is going to produce the EQA in Hambach, France, a production location where Daimler recently pumped € 500 million to get things ready for the arrival of this smaller EQ model. Daimler is currently building the Smart Fortwo and Forfour there. 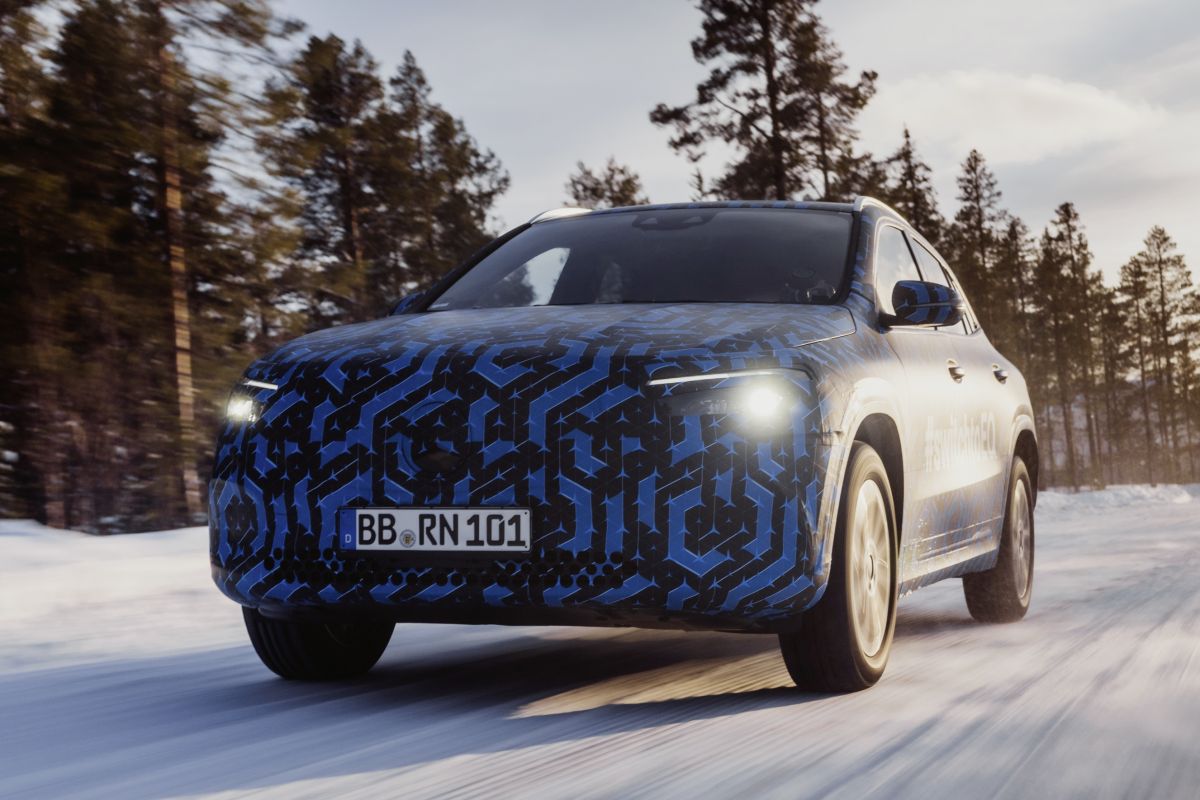