The new smart fortwo cabrio will have its world premiere at Frankfurt Motorshow. The orders list will be opened from mid-November and the first deliveries will follow in February 2016.

The new smart fortwo cabrio follows the philosophy of the predecessor with the same system for the softtop, ultra short overhangs and tridion safety cell.

But the B-pillar is narrower than on the coupe version and the styling of the tridion safety cell is more progressive, giving the smart fortwo cabrio an even sportier look. 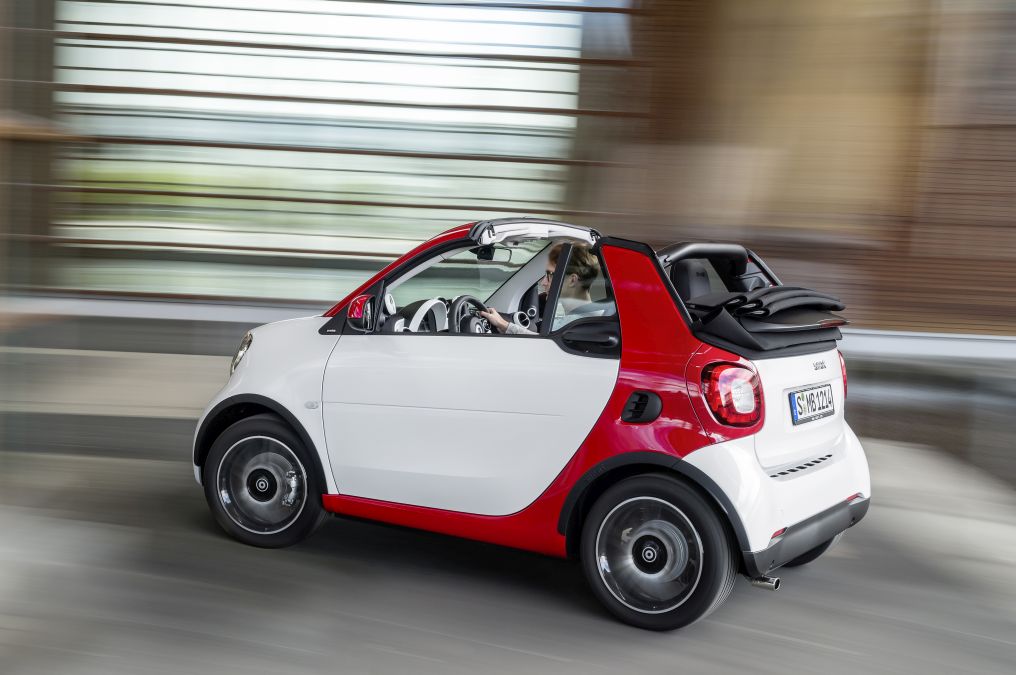 The fabric softtop can be opened fully automatically in 12 seconds even when driving at top speed. The softtop can also be opened from outside by remote control with the 3-button key.

The fabric soft top has a total thickness of 20 mm and an area of 1.8 mp, which is 4% larger than its predecessor. The customers can choose between three different colours for the soft top: blue denim which looks like jeans, red or black. The removable roof bars can be stowed in a compartment in the tailgate and are painted in the tridion colour.The rear windscreen is heated and is made of glass. 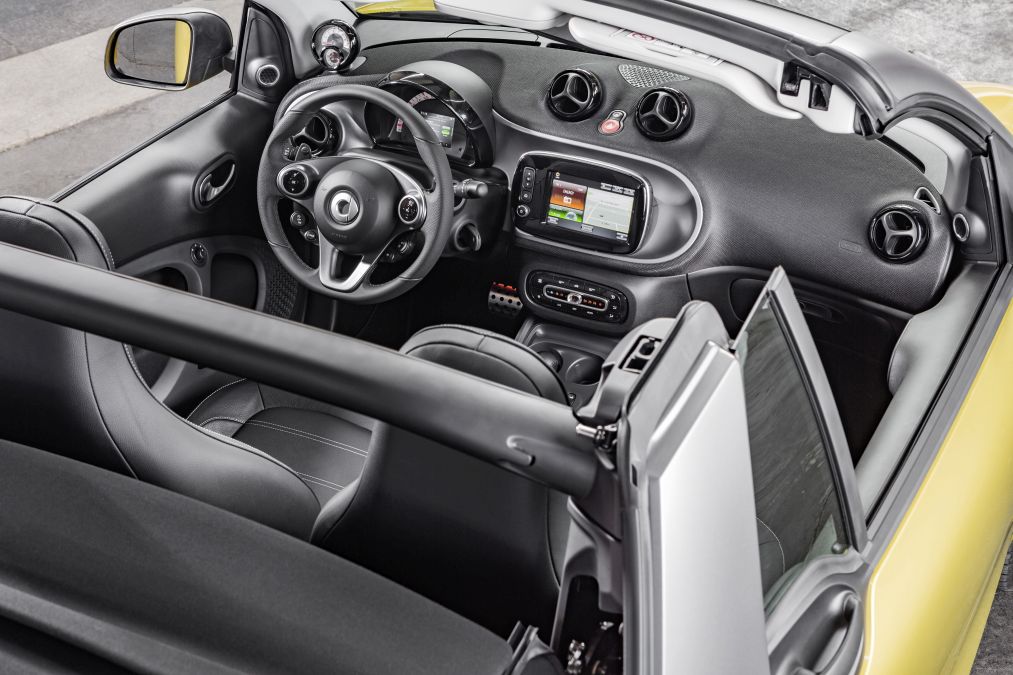 The smart fortwo cabrio enables a full blown cabrio experience when remove the side roof bars. The torsional strength has been improved by around 15% compared with its predecessor. The cabrio has been aditionally reinforced in some areas in comparison to the coupe. The modifications include a large steel cross under the vehicle, two torsional bulkheads under the vehicle at the front and rear and an inner tube in A-pillars plus the fix cross bar between the B-pillars which look more elegant than before.

The smart fortwo cabrio will initially be available with two engines, both with three cylindres: 1 liter normal aspirated with 71 HP and 0.9 turbo with 90 HP mated with 5 speed manual transmission or the new twinamic double clutch transmission.

Three equipment lines will be available, similar to the coupe: passion, prime and proxy. A wind deflector is optionally available.

You can see the new smart fortwo cabrio in the first driving scenes.