Official: Mercedes EQE with a range up to 660 km

Mercedes presents in world premiere at the Munich  autoshow (IAA 2021) the new Mercedes EQE which offers space similar to the S-Class and promises a range of up to 660 km.

The Mercedes EQE business limousine is the fifth full electric model from Mercedes after EQC, EQA, EQB and EQS. In fact, the Mercedes EQE (codename V295) is the electric equivalent of the Mercedes E-Class and is built on the MEA electrical platform used in EQS.

With a wheelbase of 3120 mm (S-Class with normal wheelbase has 3106 mm), the Mercedes EQE offers an interior space similar to the S-Class. Mercedes states that the length of the interior is 80 mm longer than the current E-Class (W213) and that the shoulder room in the front is 27 mm longer.
Due to the battery mounted in the floor, the driving position is 65 mm higher than in the E-Class.

With 430 liters, the trunk volume is below the average of the business class, which is over 500 liters. Unlike the EQS, which has a tailgate, the Mercedes EQE has a three-volume body with a separate boot lid. 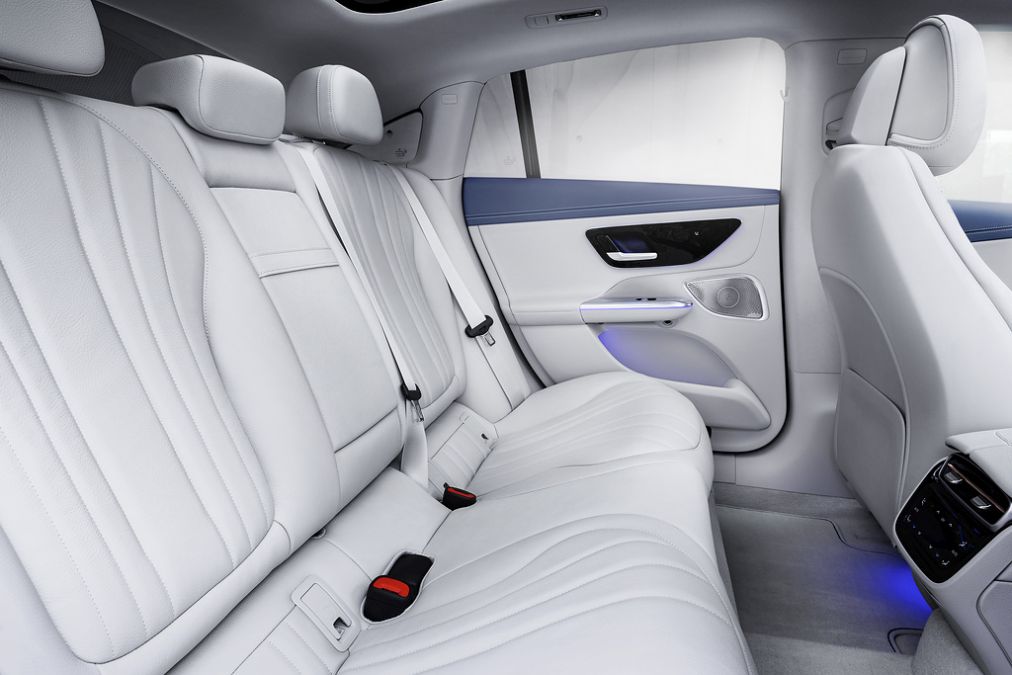 Mercedes EQE will debut in the Mercedes EQE 350 version with a single engine that drives the rear axle and develops 215 kW. Later, 4Matic versions with two engines will be available. The electric motors are permanently excited synchronous motors (PSM). With the PSM, the rotor of the AC motor is fitted with permanent magnets and therefore does not need to be supplied with power. 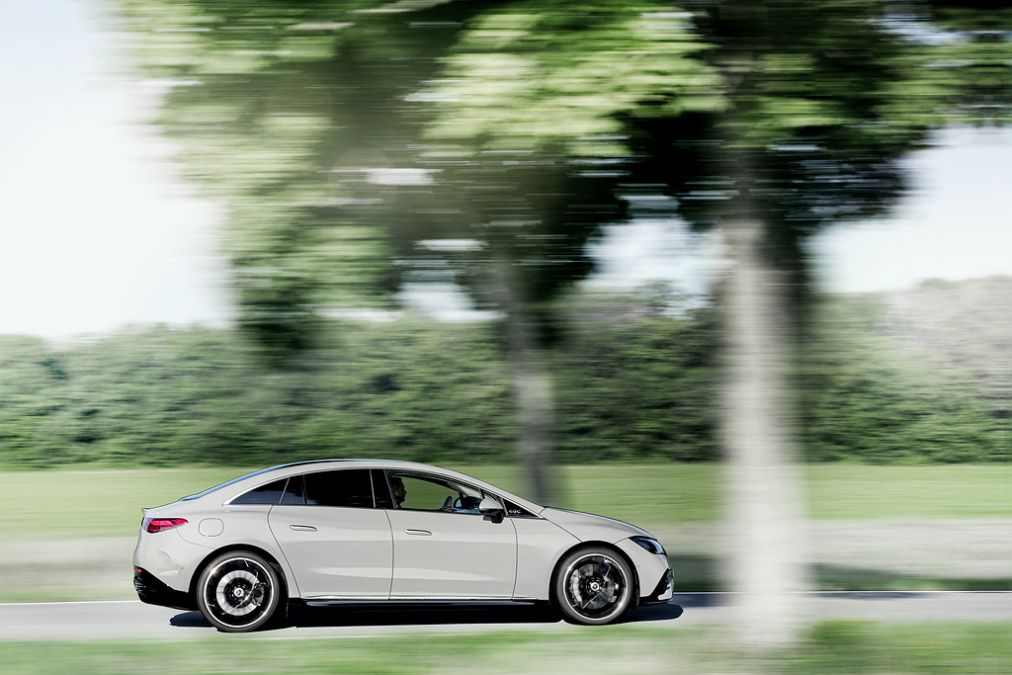 As in the case of the EQS, the EQE can be optionally equipped with Hyperscreen, being one of the highlights of the electric limousine. Hidden under the glass window are three screens, including a 12.3-inch OLED passenger screen. He can watch movies or access applications on the Internet. The system also has an intelligent safety function. A video camera detects if the driver is looking at the passenger’s display and in this case the screen is automatically darkened.

There is also the Energizing Comfort package known from other Mercedes models. At Mercedes EQE this package also has a specific function when the car is connected to the charging station. The Power nap function ensures a sleep-promoting atmosphere through a specific positioning of the driver’s seat, side windows and closed blinds, activated air ionization and properly adjusted ambient lighting. 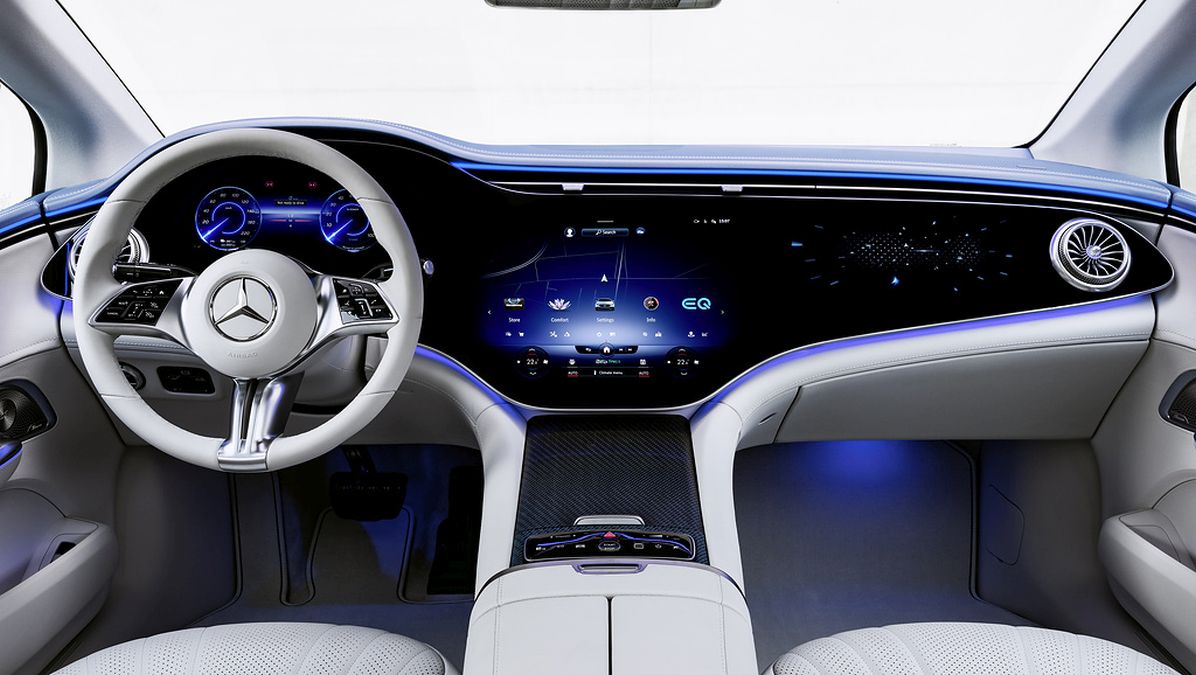 Sale from mid-2022, production in Bremen

EQE will be exhibited for the world premiere at the Munich show (IAA 2021) and will be sold from mid-2022. Mercedes EQE will be produced at the factory in Bremen where EQC is also produced.

For the production of EQE, Mercedes has not built a separate production line but is assembling on the same production line with C-Class, GLC, GLC Coupe and EQC. The  EQE will also be produced at the Beijing plant by the Daimler-BBAC joint venture.

Mercedes has not announced the prices yet but we expect the base price to start at about 75,000 euros.