New York Auto Show 2018: After the facelift of the Mercedes C-Class, the Germans now also launch the facelifted power versions Mercedes-AMG C 63 and C 63 S Coupe which get a new grille and a new transmission.

The new features of the facelift are according to AMG for all four model derivatives, but initially there are only photos of the new C 63 Coupe.

At first glance, the AMG-specific Panamericana radiator grille stands out, which now graces the front of the C63 after the GT models. Due to the vertical struts, the performance model from Affalterbach differs significantly from the standard C-Class. Slightly less noticeable, but also newly designed are the outer air intakes. 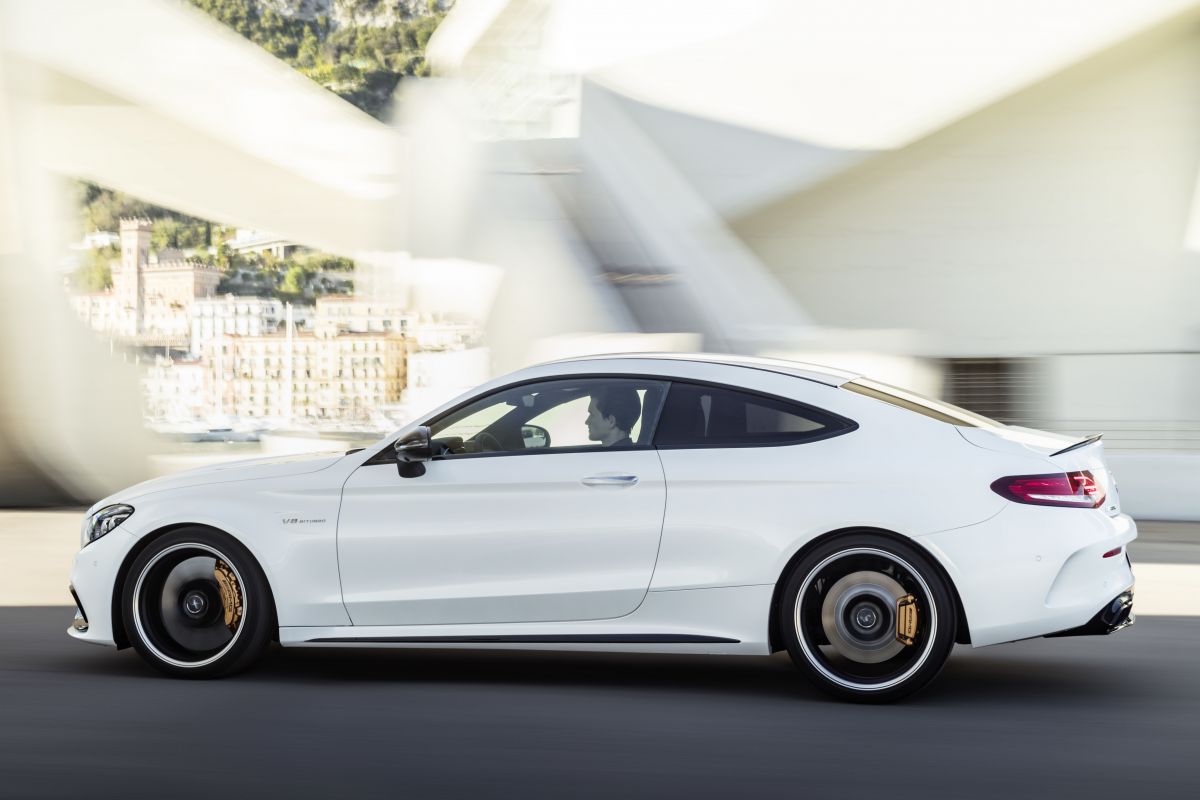 By contrast, the new tail barely differs from its predecessor: On closer inspection, it is noticeable that the double tailpipe trims are slightly flattened than before.

Also new is the wheel design, which should provide better aerodynamics. The C 63 comes standard with 18-inch wheels, with optional 19-inch wheels also available. The even more sporty C 63 S already has the larger alloys as standard.

In the interior, the black leatherette seat covers remain standard, but for a surcharge, different variants are available in nappa leather. New here is the color combination Magmagrau / black with yellow contrasting stitching. For sedan and T-model, there’s a combination with diamond quilting in saddle brown / black and platinum white pearl / black. 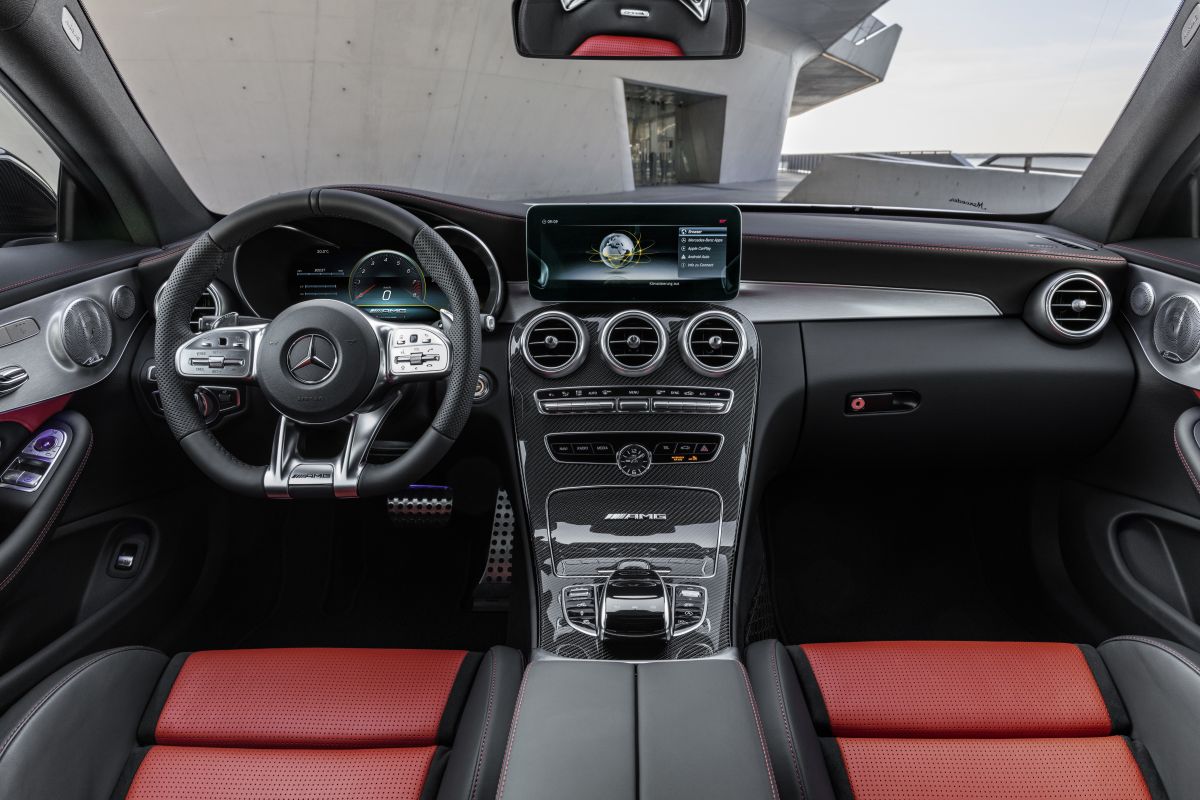 Also available for the first time in the Mercedes-AMG C 63 are the wood trim “oak anthracite”, “walnut” or “black ash”. They can each be combined with different interior designs. The AMG Performance seats, available at extra cost, can now also be air-conditioned in three stages.

AMG has also redesigned the steering wheel and wants to suggest more sportiness through the flattened shape of its base, the perforated grip areas and the metal-coated shift paddles. If the C 63 features nappa leather, the C 63 S also has additional microfiber elements, which should probably improve the grip. With new buttons on the steering wheel, functions for infotainment, among other things, should be easier to select. This remains unchanged, however: The seven-inch display is still series, the 10.25-inch variant costs extra.

At an additional cost, there are also more buttons on the steering wheel, which can be used to adjust the AMG driving programs. 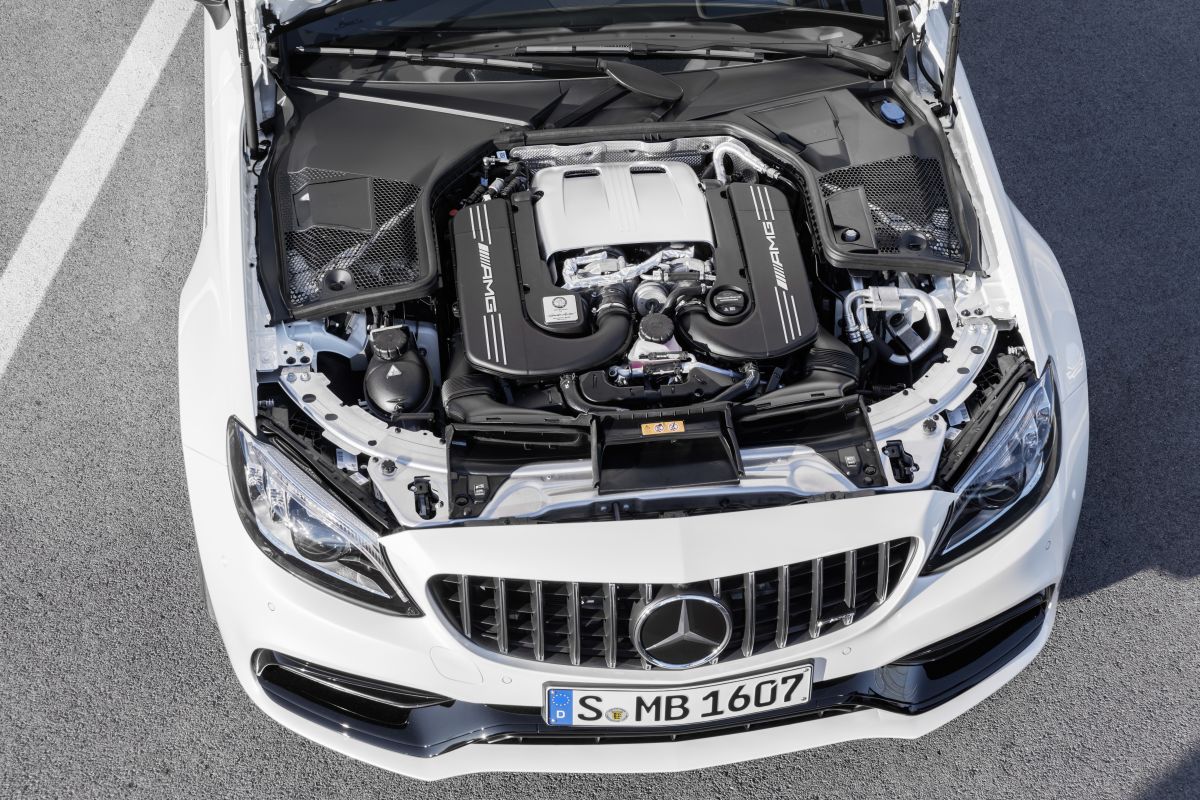 Both variants feature the “AMG Speedshift MCT 9G” with nine gears, which has two more gears compared to the pre-facelift MCT sports transmission. This is already familiar from the Mercedes-AMG E 63. The oil-cooled “wet” starting clutch replaces the torque converter, as it did with the predecessor transmission. According to AMG, this saves weight and also improves the response. 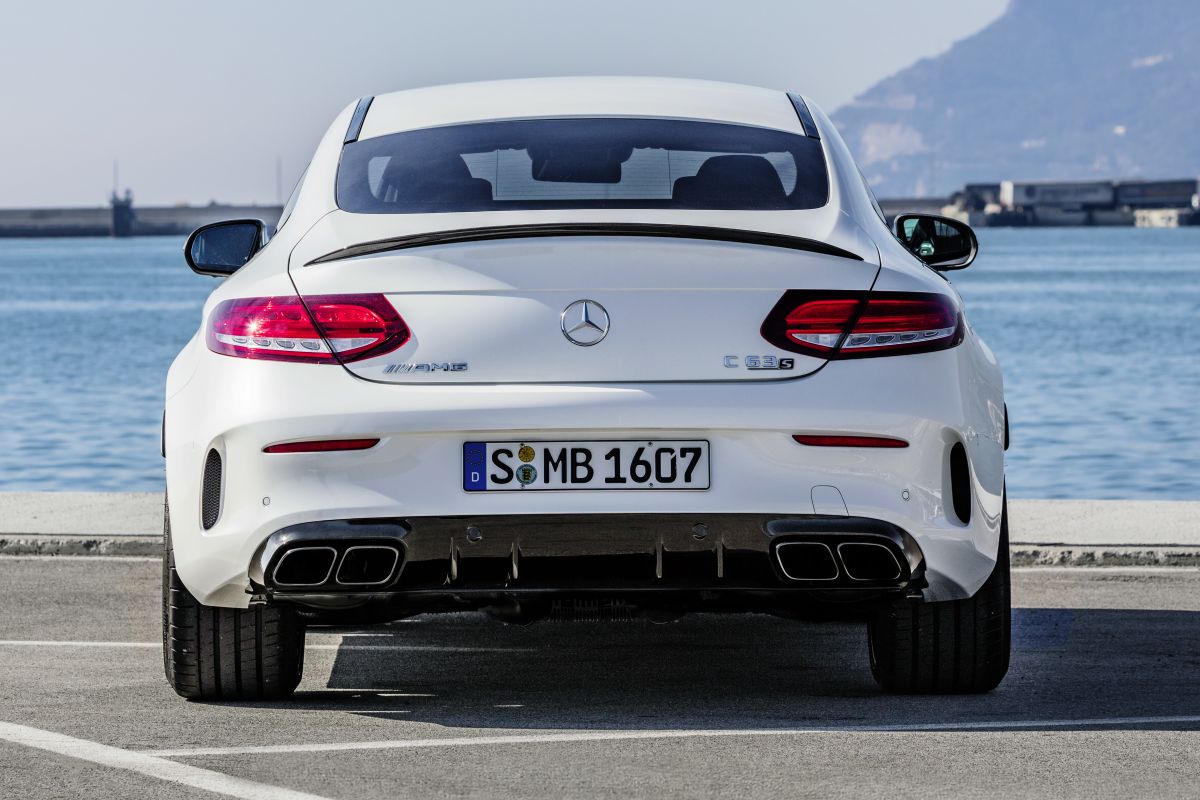 The revised driving programs are now called “Smoothness”, “Comfort”, “Sport”, “Sport +”, “Race” and “Individual” and should also ensure better response. AMG also promises to have adjusted the thresholds of the ESP “smarter”. In the modes “Sport” and “Sport +” an intermediate gas function can be selected.

From the predecessor, the new Mercedes-AMG C 63 takes over the electronic adaptive, damping system, the 4-link front axle and a multi-link rear axle.

The rear axle limited slip differential is now no longer mechanical, but also electronically controlled. Also on board is a variable-ratio electro-mechanical variable speed control system and an exhaust system with adjustable flaps. 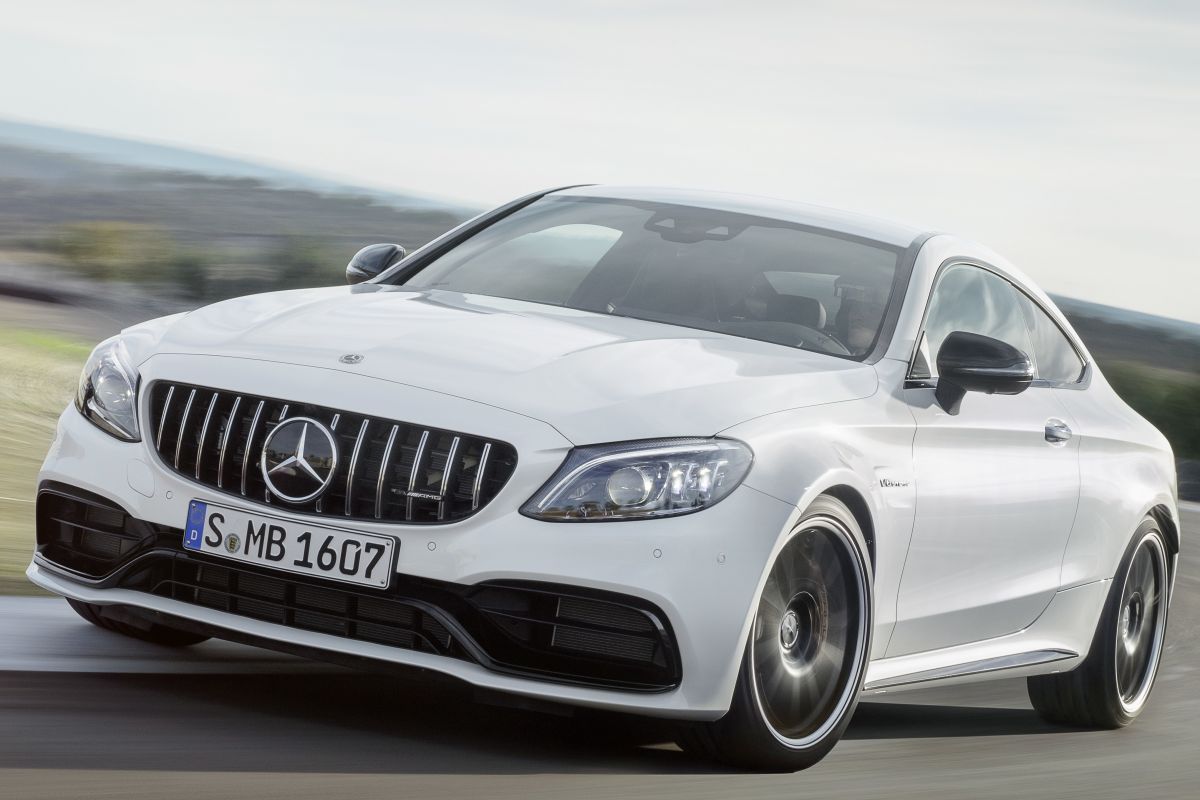