It was China who propelled the Mercedes-Benz sales to a new high of 173,096 in October (+11.5%), together with Europe and Asia-Pacific, going for the highest unit sales ever in the second autumn month. In China, Mercedes-Benz has already surpassed its unit sales of 2015, as the compact cars have hit the 5 million milestone.

173,096 new cars were handed over to customers, taking the total number to 1,711,017 vehicles in the first ten months of 2016. Last month, Mercedes-Benz was the market leader among the premium manufacturers in Germany, Italy, Spain, Switzerland, Japan, Taiwan and the USA.

The increase percentage with even higher in the Asia-Pacific region, with 23.8% compared to last year’s October (63,771 cars sold). From January to October, 387,015 lucky drivers got their shiny brand-new Benz in China, marking a 29.3% growth and helping Mercedes to surpass its sales of the entire 2015 by the end of last month.

In the NAFTA region, 32,906 customers got a new Mercedes in October, as 28,659 of them went to the United States. Never before had so many vehicles have been ordered to the south, in Mexico in October. 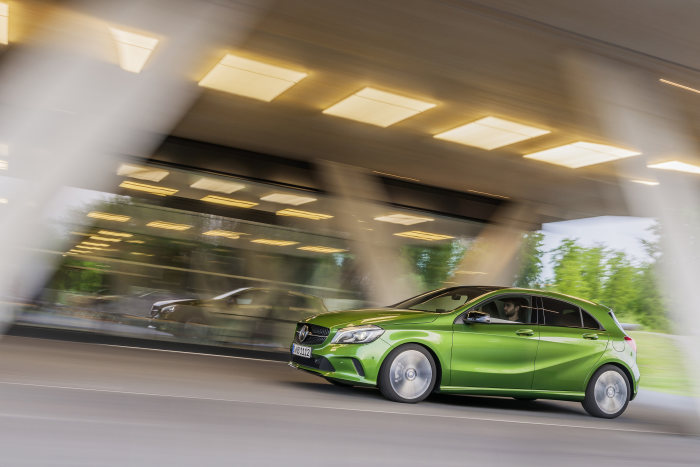 More than half a million of A-Class, the B-Class, the CLA, the CLA Shooting Brake and the GLA models were handed to customers worldwide (529,127 units, +10.8%). Since 1997, when the A-Class was launched more than 5 million compact cars have been delivered to customers.

The E-Class stays on top with the reputation of being the most intelligent business limousine ever built, with a +34.6% growth. The new E-Class Estate has successfully entered the market, with Europe being its top selling region in October.

The Mercedes-Benz S-Class Saloon remains the world’s best-selling luxury sedan in 2016. China is a dance hall for the executive limousine.

At the opposite size end, smart delivered 11,510 cars to customers this past October (+9.4%). And it was again China to demand the little fortwo-s and forfour-s the most, doubling the unit sales last month.