Not your average ride to school – Dubai University parking lot full of supercars!

Gas is cheaper than water in Dubai. But the students at the Dubai American University don’t really care for that. The cheapest car in the parking lot of the educational center is probably higher than $80 000. We tried to count the Mercedes cars in the parking area, but we lost track of them. Can you do it?

A couple of Rolls Royce limousines, several Aston Martin-s, few Ferrari-s and a billion of Mercedes-Benz vehicles. Sounds like an auto show? Well, that is just a university parking in Dubai. A local student snapped pictures of the cars he gets to see every day at school. Hopefully, one of them is his and he’s not commuting by subway. “The cars that students drive here are just ludicrous”, said Meeka Nasser for Daily Mail. 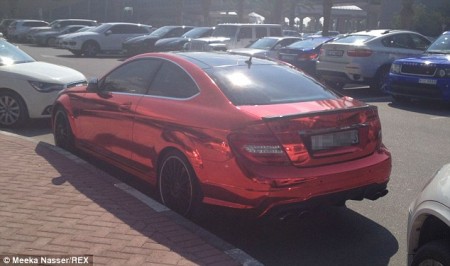 Between classes about the history of the Middle East and English grammar, world’s richest students go round the dessert city by pushing the pedal to the metal in their super expensive vehicles. Keep in mind, all students attending the American University in Dubai, which was founded back in 1995, are between 18 and 24, so they surely got those from very generous parents! 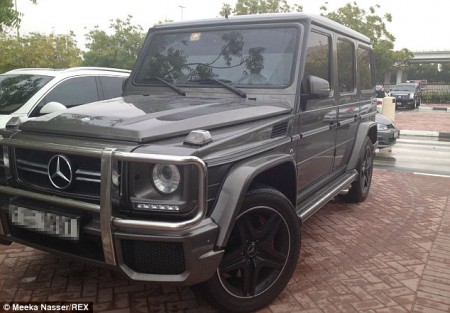 SLS AMGs, so many G-Class SUVs in the AMG guise (he can try some dune bashing after classes!), a red chrome C 63 AMG and one sporting the flag of the United Arab Emirates on the hood (that’s quite patriotic!) are just a few of the Mercedes cars that the student photographed. Don’t even think about trying to sum up the prices of the automobiles. We stopped after the first $100 million.

The petrol heads at the American University in Dubai are just like the Arab student in the world-famous joke with the sheik sending his son to study in the U.S. After a couple of months, the student calls home and tells dad that he is a little ashamed: “Father, I got a Ferrari, a Lamborghini, a Maybach and a Rolls. But I am so embarrassed. All my colleagues come to school by train.” The sheik is slightly offended and tells his boy: “Ok, son. I am sending you money to buy a train, too!” Well… we hope the train is gold plated though!