Not enough. Hitler’s Mercedes-Benz 770K not sold at the auction for $7 million

Even though it entered in the game as the favorite of them all, Hitler’s parade car has not been sold yet. The 1939 Mercedes-Benz 770K, especially delivered for the “leader and realm chancellor”, as the documents prove it, was displayed for the Auctions Week in Scottsdale.

Only 88 such units were built, so the luxury sedan is regarded like a pretty unique automobile. Globally known people like Emperor Wilhelm II, the Emperor of Japan Hiroshito and Popes Pius XI and XII had one each.

The highest bid at the auction was $7 million, but the company considered the amount of money far from enough. They actually expected a sum closer to $9 million, similar to the level of the Mercedse-Benz 540K Special Roadster, sold as the most expensive vintage Benz in the world. 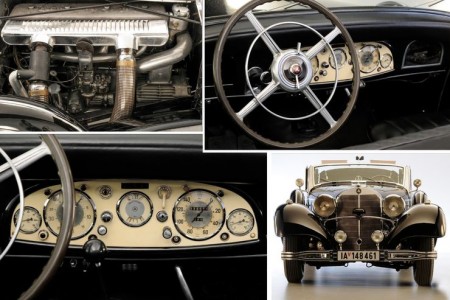 “The fact that we offer this vehicle has absolutely nothing to do with the glorification of Hitler and his destructive policies. This is about one of the most remarkable vehicles of the last century and the reminder that something like the Nazi regime must never happen again”, says a reprezentative of the Scottsdale Auction Week.

The extremely controversial vehicle was manufactured at the Sindelfingen plant and eventually, it was confiscated by the US Army from the Nazi Germany, in the end of World War II. The car stayed on American territory until 2004, most recently being included Imperial Palace Auto Collection belonging to Ralph Engelsad in Las Vegas. 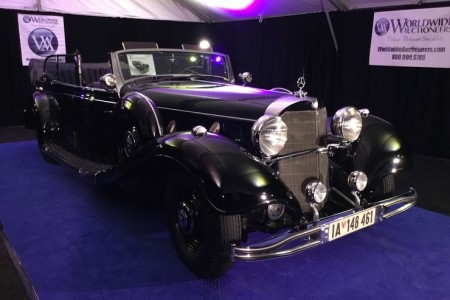 Should it be sold at the next auction even, ten percent of the proceeds will be donated to research and education activities regarding the Holocaust, directed to the Simon Wiesenthal Center — a Jewish human-rights organization named after a famous Nazi hunter. 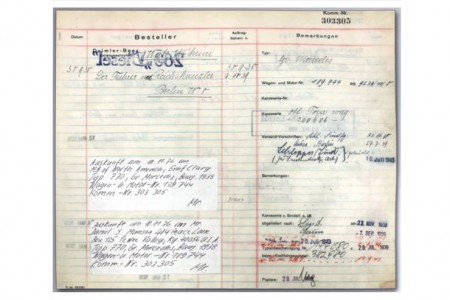 Check out the history of the car that is set to go under hammer once again, right here: