Nico Rosberg breaks off Lewis Hamilton’s five consecutive victories, as he tries to reduce the difference in the general ranking. Felipe Massa takes up the podium in his home race, delighting all Brazilian fans.

Nico Rosberg manages to transform his tenth pole-position of the season in a victory that brings him with 17 points closer to his rival for the title, Lewis Hamilton. As he completely dominated the Brazilian weekend, the German from Mercedes reaffirms his status and, excepting the 25 points that he won, he gains a rather moral advantage before the Grand Finale from Abu Dhabi. Even though his ability to stand before his teammate was being questioned, Rosberg remains calm and takes advantage of Hamilton’s mistakes, thus announcing an intense race in the final round of the season. 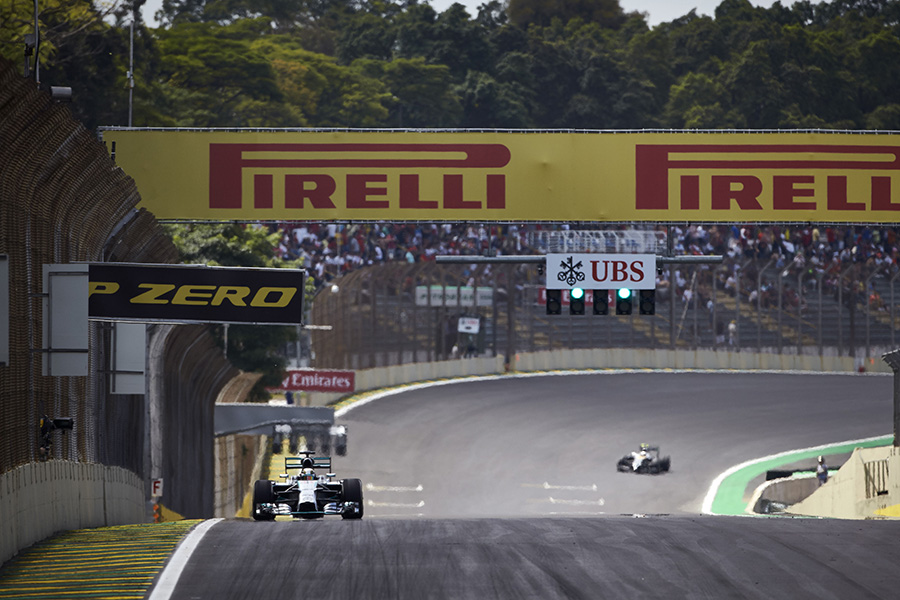 Hamilton’s hopes of attacking the first position crumbled when Rosberg entered the pits. While trying to set two fast laps, the British changes the setting for the brake ratio, thus transferring a superior force to the rear axle. But this decision has proved to be a huge mistake. The car suddenly oversteers in Descida do Lago, throwing Hamilton in a mid-race spin, which made him waste seven more seconds. Despite this mistake, the British manages an exceptional race as he succeeded in reducing his teammate’s advantage up to half a second. After the last tire change, the two perform a few fast laps, without any visible changes in the top ranking and, after all, Roberg wins. 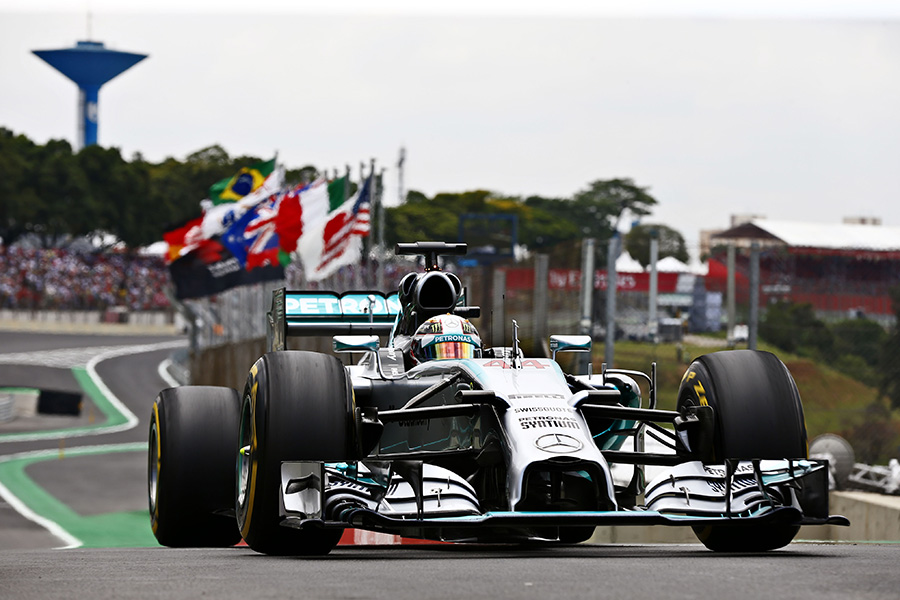 Felipe Massa manages to climb on the third position of the podium as the Brazilian was extremely excited about the outcome on the home race track. Despite the two errors, overspeeding on the pit lane and the short visit at the McLaren stand, Felipe manages a good race, satisfying his fans who wildly encouraged him in front of the podium and throughout the race. But, his teammate from Williams, Valtteri Bottas, was not as lucky as Felipe. The Finn finished the race on the tenth position after being forced to waste time at the pit stops, due to some problems of the seat belts,and also because of some errors of the mechanics.

Jensen Button takes up the fourth after winning the duel with Kimi Raikkonen. With just ten laps to go, the British attacks on the exterior of Descida do Lago corner and overtakes the Ferrari driver, gaining some valuable points for McLaren. Sebastian Vettel finished right after him. The German could have got a much better position, but he saw himself thrown back on the ninth position after a first lap fight with Kevin Magnussen.

Vettel was the only Red Bull driver to finish the race,as  Daniel Ricciardo was  forced to retire because of a major breakdown of his car’s suspension.

An interesting fight took place between the two Ferrari drivers. Adopting a strategy with only two stops, Kimi Raikkonen saw himself forced to bear Fernando Alonso’s attacks. The Spanish finally  managed to overtake his teammate after a few laps when Raikkonen blocked him wonderfully. The fight between the two slightly confirms the rumour that Alonso will leave the Maranello team by the end of the season, with McLaren as destination.

Hulkenberg takes advantage of the alternative strategy’s benefits, using the soft tires by the end of the race and, finally, he is placed on the eighth position, ahead of Kevin Magnussen. The ranking was completed by Dannil Kvyat, Pastor Maldonado, Jean-Eric Vergne, Esteban Gutierrez, Sergio Perez and Adrian Sutil while Roman Grosjean abandoned the race due to a failure on his car. 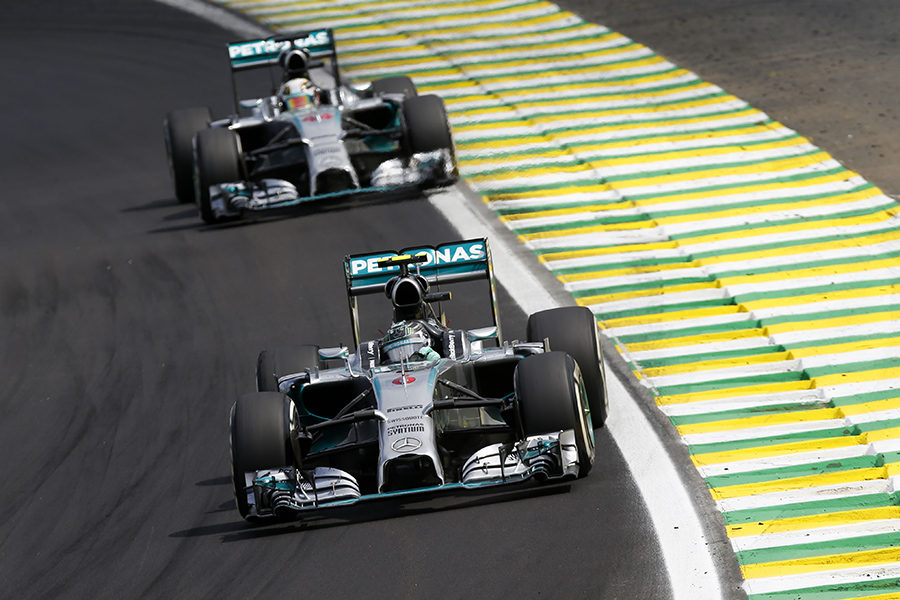 With only two weeks remaining until the Abu Dhabi Grand Prix, all the predictions are pointing at Lewis Hamilton as the only favorite for the driver’s title. The British needs a second place, while Rosberg is damned at winning, hoping that his teammate will stumble or will have just bad luck. “ I was never the type to win the championship without winning the final race”, said Lewis, thus assuring that we will enjoy a real show in the round that will decide who is the best driver of the 2014 season.