Nico Rosberg has just signed his new contract with Mercedes-AMG PETRONAS in Budapest, right before the Hungarian Grand Prix. It is a 2-year deal that will keep the German driver within the team until after the 2018 season.

Nico Rosberg has been negotiating with Mercedes-AMG PETRONAS since April. He had none other than the former legendary driver Gerhard Berger, an Austrian like the Head of the Mercedes-AMG Motorsport, Toto Wolff, to fight in his name. His current deal with the team expires in the end of this season. The team with the stars on cars considers him a keeper, therefore agreed on a $22-million a year deal. 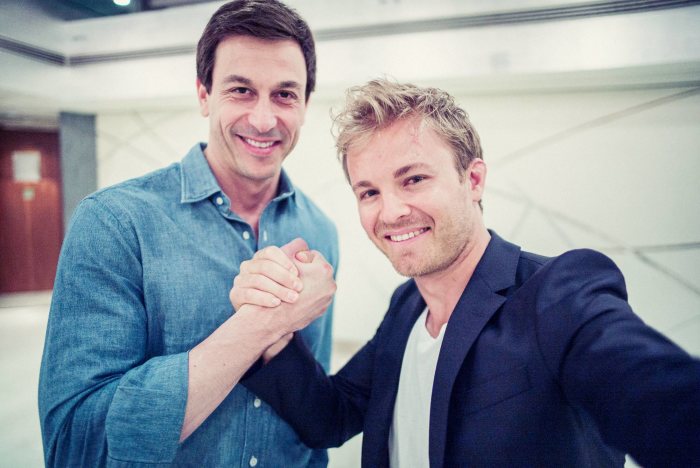 Twice a runner up in the Formula 1 Championship, Rosberg leads the 2016 championship by one point ahead of Lewis Hamilton and Sunday’s Hungarian Gran Prix might be deciding the future champion.

Rosberg was the last of the top three teams’ drivers with no partnership signed after the end of the current season. Ferrari has long confirmed their drivers line-up with Sebastian Vettel and Kimi Raikkonen, while Red Bull Racing has already signed the deals with Max Verstapen and Daniel Ricciardo.

Rosberg has scored no less than 19 Grand Prix wins and 25 pole positions so far with Mercedes-Benz, the team that signed him back in 2010.

The new deal means that both him and teammate rival Lewis Hamilton are bound to work together until the end of the 2018. The Mercedes-AMG PETRONAS head, Toto Wolff, is thinking of imposing team orders for the drivers who have already clashed on the racetrack three times this season.

After months of negotiations, Nico Rosberg and Toto Wolff still found it hard to agree on something. “It was always clear that we wanted to continue”, says the Austrian boss of the Mercedes Motorsport.