Nico Rosberg played his best cards at the start, taking advantage of his teammate misfortune. Leaving from the front position, Hamilton got hit by Valtteri Bottas in the very first corner, dropped to the nineth and complained about rear issues. The Finn got a drive-through penalty for the incident later on.

“I got so much damage on the car – Hamilton said after the race – that I could not keep up”, but the world champion did a fantastic fightback.

All of this time, with an amazing getaway, the German kept adding second after second to his lead. 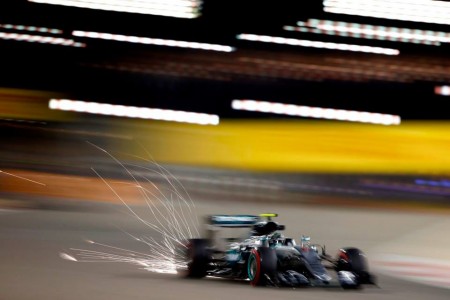 Kimi Raikkonen followed 10.282 seconds behind. The world champion came huffing and puffing in the third spot, more than half a minute later than his teammate, Rosberg.

It was the worst case scenario for Ferrari, as Sebastian Vettel had to retire from the formation lap. He pulled over due to engine failure. Renault’s Jolyon Palmer, 19th on the grid, also failed to take the start after pulling into the pits at the end of the formation lap with technical problems. Jenson Button also retired only 7 laps into the race. 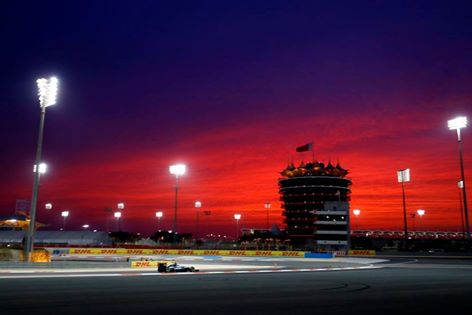 Same people on the podium as last year here in Bahrain, but the order is different. It all ended up in fireworks thrown into the air at the Bahrain Sakhir circuit and with no champagne, but some flavoured water, as alcohol is strictly prohibited in Bahrain.

Aussie Daniel Ricciardo came in fourth, and yet another great finish for Sebastian Grojean of Haas, as he crosses the line in the fifth place. Torro Rosso’s Verstappen came sixth, Russian Kvyat was seventh and Massa got the eighth spot. 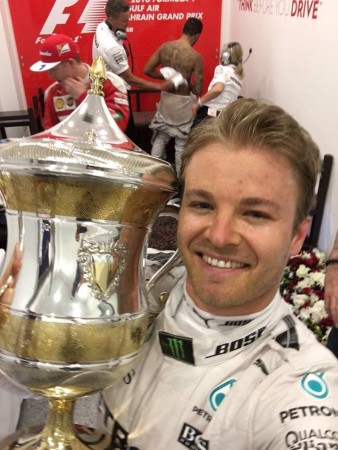 After the 16th victory and the 5th consecutive success for for Nico Rosberg, the meeting point is China, in two weeks from now.