Nicki Minaj and the new A-Class. “Just like you” campaign

Global superstar Nicki Minaj joins the international campaign which is created around around the claim “The new A-Class. Just like you.”, marking the launch of the new compact family of models.

The campaign features a 360-degree content campaign at www.mercedes-benz.com/a-class as the central hub. This is where interested parties can find out why the A-Class is the ideal vehicle for the lifestyle of urban, digital savvy and connected people. The campaign message is: the new A-Class understands your personal peculiarities, preferences and needs- what makes you individual and unique. It is the first car that adapts itself to you – and not vice versa. Quite simply, it is just like you.

TV commercial: emotional experience starring a celebrity A TV spot has been produced for the campaign which attractively presents and visualises the innovative features of the A-Class in an unexpected and creative manner. The spot “Like you” begins with the A-Class as a seemingly conventional car. A number of apparently standard features are mentioned. But it soon becomes apparent that this vehicle is different, digital and networked. Thanks to intelligent voice control, it can be addressed directly using the key phrase “Hey Mercedes”. The driver can use a smartphone to unlock and lock it, and the air conditioning can be controlled using simple voice control commands.

A desire for music is also met on command by the A-Class. As if by magic, TIDAL artist-owner, Nicki Minaj suddenly appears on the front passenger seat in the TV spot and her music plays from the on board speakers via TIDAL. At the end of 2018 the A-Class will have global music and entertaining platform TIDAL integrated in all vehicles. Thanks to the partnership, Mercedes-Benz customers will be able to stream more than 52 million songs and hundreds of carefully chosen playlists. The car is simply not like every other car – it is “just like you”. The spot can be viewed at http://mb4.me/a-class-like-you. Direction was by the multiple award-winning Brian Beletic, who has also directed music videos for e.g. The Black Eyed Peas or Fatboy Slim. 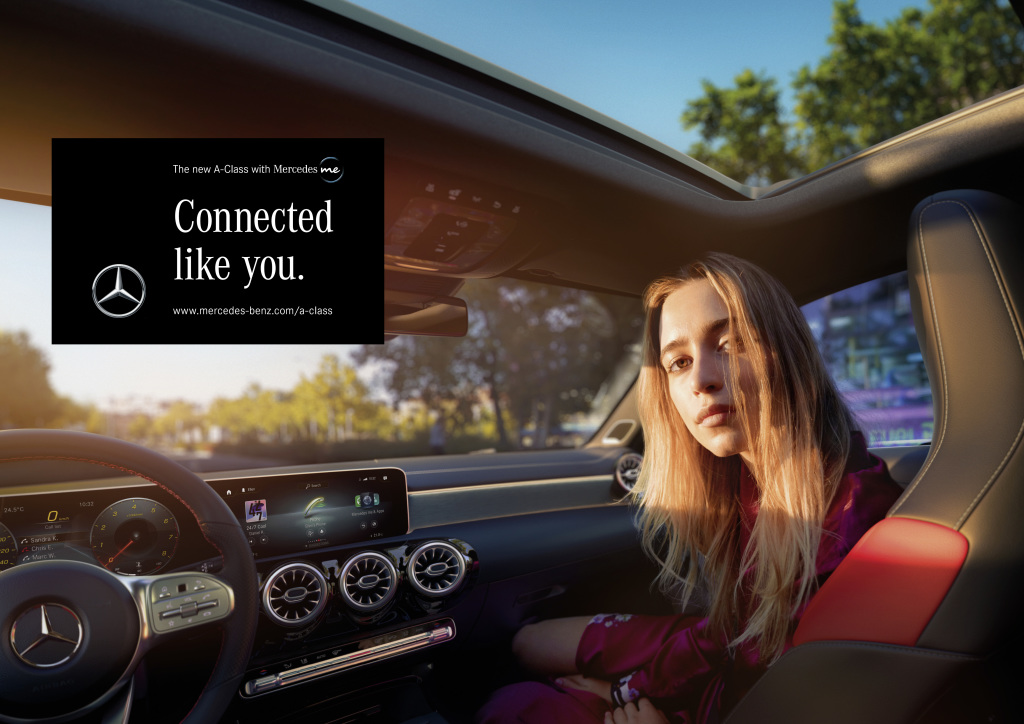 The two phases of the campaign are dramatically coordinated for a seamless transition from one to the other. In the teaser and pre-launch phase the communication focussed on the innovations and technical features of the A-Class. For example, impressive studio shots provided a first impression of the new triple touch control concept with a touchscreen, touchpad on the centre console and touch control buttons in the steering wheel. In addition, the communication of the voice control feature “Hey Mercedes” shows that completely normal conversations with the A-Class are possible. The futuristic ambience of the studio shots already suggests that the new A-Class will have unique technological features to offer. The studio shots are by photographer Carl Kleiner. The Swede is well-known for his colourful and highly experimental imagery and his creative, conceptual approach to motifs.

On market launch of the A-Class, the communication becomes emotional and focussed on the lifestyle of a digital and urban generation. The A-Class is modern, networked, versatile and individual – in fact “just like you”. Thanks to the new technical features, the car adapts itself to its driver. The vehicle is presented in a creative, urban environment. 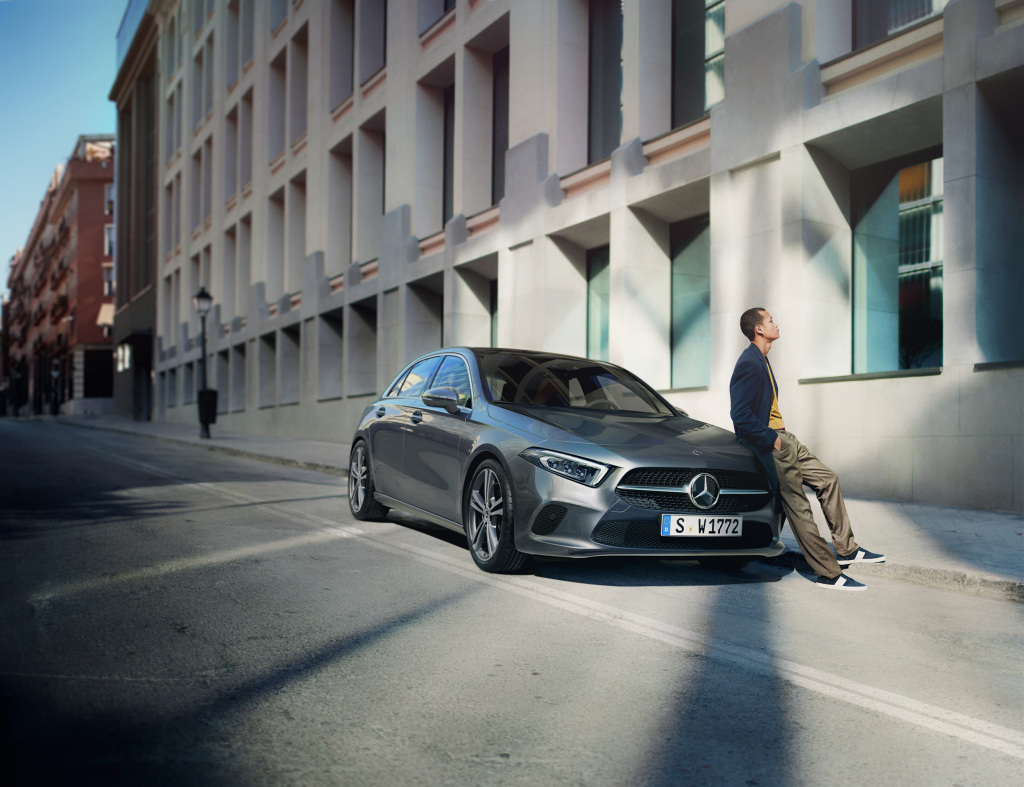