Next generation Mercedes-Benz SL will be a lot sportier, debuts in 2021 (photo update)

Mercedes-Benz officials have decided to greenlight a new SL. The model will be developed in parallel with the next generation Mercedes-AMG GT, and the launch is set for early next decade.

Hence, the new Mercedes-Benz SL will be more sporty than the current version and will be related to the future Mercedes-AMG GT supercar. Both models will be based on the Modular Sports Architecture (MSA) platform which will feature a larger proportion of aluminum. The basic layout of the platform will keep the rear-mounted gearbox and the front mounted engine design – with a carbon propeller shaft. The new SL will be much lighter. Depending on the type of drive, the roadster with its fabric roof will weight under 1.7 tons. The current R231 weighs between 1,730 and 1,845 kilograms.

Tobias Moers: From 2021 all Mercedes-AMG models will be electrified

Tobias Moers suggests an electrified motor range is also on the cards. “After 2021, there will be no model developed by AMG that will not integrate an electrified propulsion system. Hybrid versions will become increasingly important,” he said. 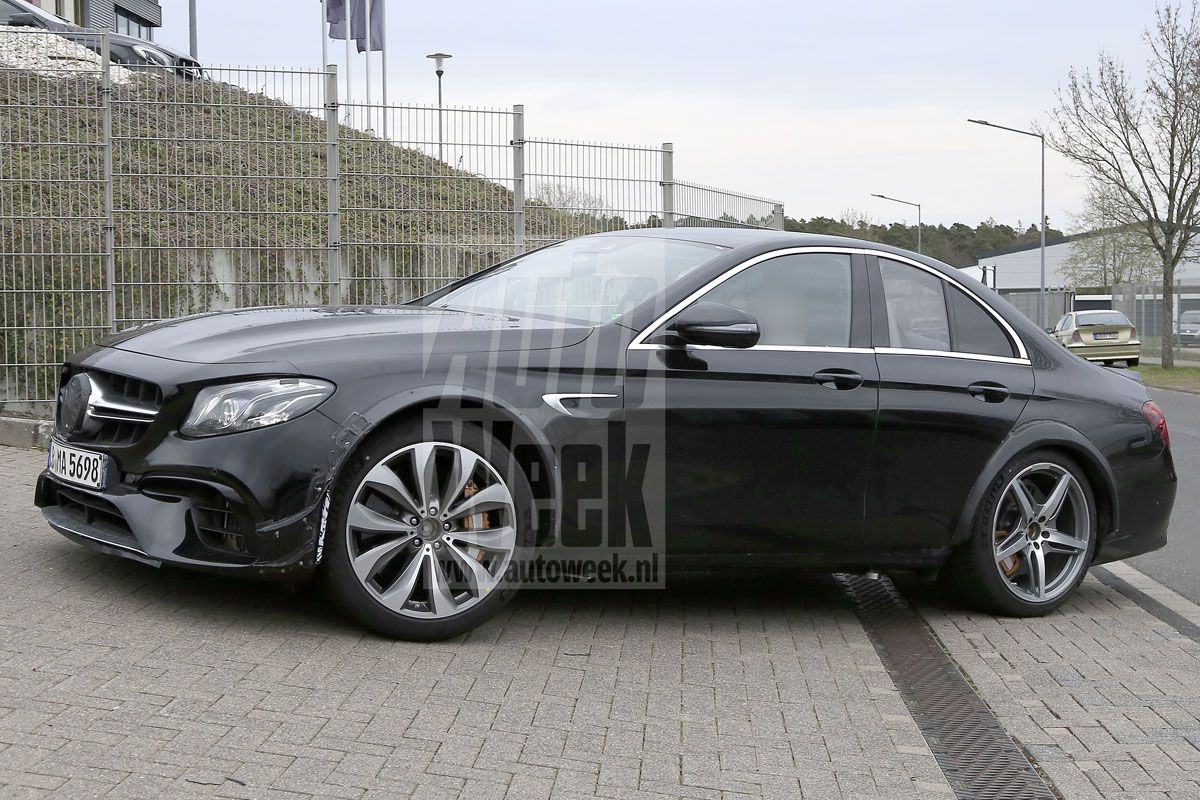 Moers also announced that the first prototypes will be on the road as early as this year and he already delivered on that promise. German magazine Auto motor und sport has today published the first photos of a mule looking like a comic short wheelbase E-Class – clearly a development prototype used as a test bed for the future MSA platform.

Of course, the relationship with the Mercedes-AMG GT should significantly benefit the driving behavior. In addition, the exchange of technology between the two sports cars should reduce the production costs of both the SL and the Mercedes-AMG GT. In order to prevent the Mercedes-AMG GT and SL from cannibalizing each other in the future, both should behave differently: the SL will be a sporty 2 + 2-seater with fabric roof, while the AMG GT will evolve even more towards uncompromising sportiness.

After the indefinite retirement of all V12 AMGs, a version equipped with such an engine is certainly not part of the Mercedes-AMG plans, but customers will still be able to enjoy the services of a V8. The bi-turbo V8 from AMG GT (in updated electrified form) will logically report for duty in the next Mercedes-AMG SL 63. Now, the top SL uses a 5.5-liter biturbo V8, good for 585 hp. The same power is offered by the AMG GT R courtesy of the much smaller 4.0-liter biturbo V8.

Lower down the range we expect the new three-liter twin-turbo six-cylinder with 365 and 430 hp. This engine combines a conventional turbo with an electrically driven compressor and a 48V electrical system with an Integrated Starter-Alternator (ISG) responsible for hybrid functions such as boost (up to 15 kW), energy recovery, coasting and shifting of the load point.

At the same time, the new generation SL could end the career of the S-Class Convertible and the S-Class Coupe and replace them both in Mercedes’ line-up.

Shocking: Mercedes considers killing off the S-Class Coupe and Cabriolet